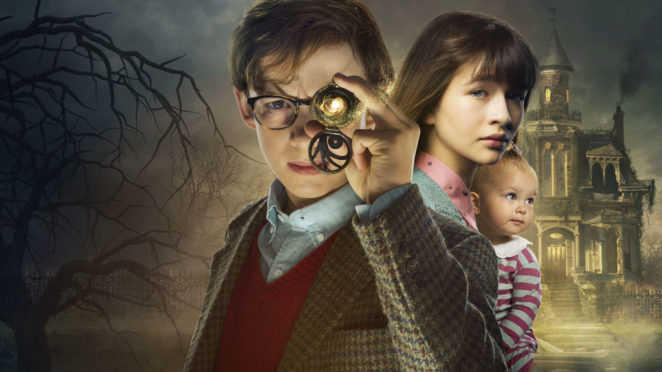 A SERIES OF UNFORTUNATE EVENTS

This series has been into cinemas before as a 2004 American dark comedy film directed by Brad Siberling. It’s a film adaptation of A Series of Unfortunate Events by Lemony Snicket, a pseudonym of an American writer named Daniel Handler. Jim Carrey played as the antagonist of the movie as Count Olaf and Jude Law as its narrator and storyteller Lemony Snicket.

Since this film had been once loved by many, Netflix has adapted this film into a television series, with some development by Mark Hudis (TV producer and writer famous for his works like True Blood, Nurse Jackie, Cybill,and That ’70s Show) and Barry Sonnenfeld (American filmmaker and TV director famous for his films The Addams Family and Men In Black trilogy).

Before we feature this TV series, let me share you some infos regarding Netflix:

Netflix is an American entertainment company. It was  founded on August 29, 1997 in Scotts Valley, California by Reed Hastings and Marc Randolph. Netflix provides streaming media and video-on-demand online and DVD by mail. As of 2013, Netflix entered the content-production industry debuting its first series, House of Cards.

Now back on this series, A Series of Unfortunate Events was premiered on January 13, 2017, consisting of 8 episodes and was adapted through its first 4 books. Series was renewed for its second season in March 2017, with 10 episodes adapting books 5 through nine of the novel series. Then, renewed for a third season a month later, expected to adapt the last 4 books of the series.

The story was about the Baudelaire children, who after their parents were killed by an engulfing fire inside their house, they were placed into the care of their distant relative named Count Olaf, an actor who has the obsession and lust to claim the fortune of these rich orphaned kids.

Neil Patrick Harris played as Count Olaf. Many critics said that he plays better than Jim Carrey as Count Olaf in the film, since Harris’ portrayal was much more dynamic and creepier according to Kelly Lawler of USA Today.

Patrick Warburton starred as Lemony Snicket, the narrator himself, who reenacts Jude Law’s role in the film. He was tasked to explain the events of the three Baudelaire orphans namely:(1) the girl named Violet, the eldest sibling who loves inventions as well as mechanics. She was played by Malina Weissman who also played the role of young Kara Danvers aka Supergirl in a DC TV superhero series entitled Supergirl; (2) the boy Klaus, the middle sibling who loves literature and books. He was played by Louis Hynes who also played as young Alaric in 2016 TV series Barbarians Rising; and (3) the youngest girl sibling named Sunny, an infant child with unnatural strong teeth who has a very strong bite. She was played by Presley Smith.

One more thing about this series is that Lemony Snicket provides viewers an educational information on words that were considered to be highfalutin. They were briefly defined and specified with their unique meanings — even idioms too.

Daniel Handler, the real name of Lemony Snicket and the author of this series based on book, was also seen having his cameo role as a fish seller boasting about his “roly poly fish heads” when the Baudelaire kids’ aunt named Josephine goes shopping at an outdoor market (he feels like Stan Lee too? lol). Aunt Josephine was played by Alfre Woodard, who also played as Mariah Dillard, the antagonist in Netflix’s Marvel’s Luke Cage. She replaced Meryl Streep’s role as Aunt Josephine from a movie.

This series is much more diverse than the film since every events happening on the Baudelaire orphans were really narrated much more precisely than the movie since this series runs on numerous episodes. Also good for kids, you can learn new words here on every episode. They were figuratively or literally featured by Lemony Snicket himself.

So since I have done watching its first season, I’ll just wait for its second season to be released again via Netflix. This is a must-watch for kids. Truly entertaining and satisfying!

Check also its trailer here as I provided down below via YouTube.