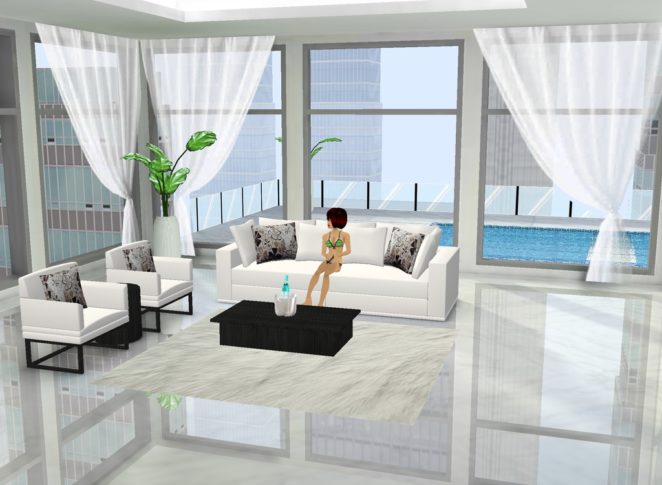 Since I was watching the movie Scent of a Woman on the indie channel, I ended up dream about this movie, and I was an added character in this movie. But my version of the Scent of the Woman story was different.

In this dream, I was a college student with this guy, played by Chris O’Donnell. We had a college project, which I think had to do with a fraternity/sorority charity drive, and me, the guy, and another girl were chosen to go to this rich man’s mansion to work on an art gallery charity fundraising drive. In my dream, the Al Pacino character wasn’t blind. He was just rich and authoritative.

In my dream, we were all hanging out together and chatting, as well as discussing the fundraising charity event inside his mansion. For some reason, I which I am sure I forgot, I had to change my clothes. I was wearing a off-shoulder long-sleeved blouse with pants. I went inside a room, which looked like a fashion studio, and chose something else to wear. (I actually forgot what I wore). I put my clothes on the side. We continued chatting together, as well as listening to the old man’s stories, which were entertaining. Throughout the whole time in the dream, I was seeing weird spirits or ghosts who were taunting me to do things that will lead me to some negative situation, which is to hurt myself in some way. I tried to ignore them because it was a waste of my time to pay attention to that garbage. But a different one showed up, acting strange and weird. I also noticed that these spirits were different women. Somewhere in the dream, I asked the others if they saw what I just saw, and none of them saw these spirits. They actually thought I was crazy, maybe seeing dead people.

By the evening hours, we went to another room inside this mansion, and it was transformed in an art gallery gala. They were caterers working in the background. And, we put up our stuff.

At the end of the night, when everyone had left, I went to change into my clothes. But I couldn’t find them. I told everyone there, and they helped me look for it. But they couldn’t find my clothes either. So, the rich man told me to keep what I was currently wearing, and if he finds my clothes later, he will call me. When I went into my car to leave, I noticed all my clothes were inside my car. I was surprised, thinking when did I have the time to put these things in my car. As I was backing up in the driving, the spirit faces appeared in my windshield, laughing in a sinister way and taunting me.