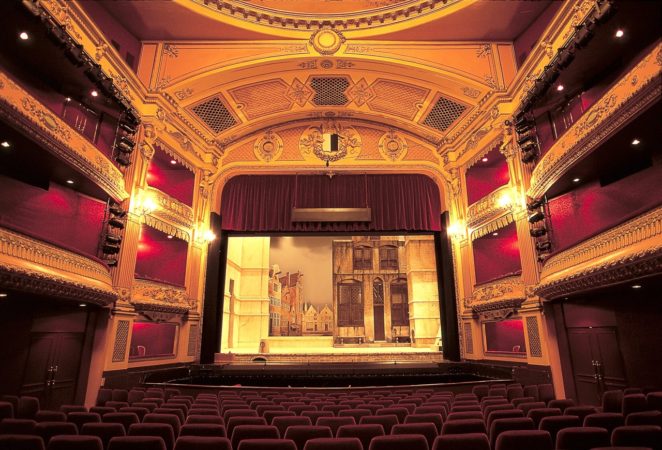 Social media has claimed that Saudi citizens are spending billions of dollars annually on entertainment and movies, cinemas are traveling to neighboring countries to watch movies. Without the establishment of cinemas, local investors will not spend money on filmmaking. Such types of ideas have been widely seen after the short film competition program in the King Fahd culture center.

The audience has shown that short films at the King Fahd Cultural Center will prove to be a point of view of a ban on cinemas in Saudi Arabia. Analysts say Saudi citizens are thirsty of entertainment and culture. Saudi authorities will soon allow the Cinema to open the house. The same step is expected after women’s permission to drive the driving license.

“Al-Awaiting” (National Dialogue), director of the film, Faisal-ul-Haq said that the cinemas bring realistic facts about society. Three films of Al-Hari were shown at the King Fahd Cultural Center. It is said on a website that the rehabilitation of cinema houses in Saudi Arabia is the main demand for tourism and leisure. In Saudi Arabia, the filmmaker thinks that there is no use of ban on cinemas in the YouTube era. Many Saudi films have succeeded abroad. He has a special mention of Hefeahan al-Mansur’s film map, which has been featured in several movie fairs during 2013.