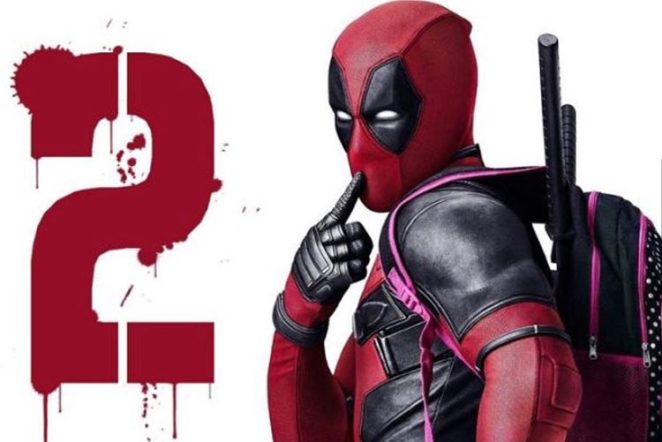 Of all the recent Marvel hits Deadpool is the one I struggle the most with. It was the Marvel Universe first 18 certificate blockbuster and ended up the highest earning Hollywood 18R certificate of all time, beating off 50 Shades of Grey’s gross total of $611 million. The annoyingly handsome Ryan Reynolds is just, well, annoying as ever here and that 4th wall commentary thing wears thin pretty quickly in the two films so far. But the public disagree with me and its $110 million budget did $738 million back to date for the sequel. The budget did double from the first film so the actors obviously got the pay rise after that success, just $58 million budget for film one that returned $785 million dollars. For a full on special-effects Marvel blockbuster that is a low production cost.

Wade Wilson (Ryan Reynolds) has been the mercenary ‘Deadpool’ for two years now, the body count rising of the world’s most notorious villains around the planet. On the day of is anniversary with his girl Vanessa (Morena Baccarin), Wade/ Deadpool fails to kill one of his targets on a violent mission and, that night, after the pair decide to discuss starting a family together over a glass of wine, the target tracks Wilson down and kills Vanessa. Deadpool later obliterates the man in revenge but blames himself for her death and attempts to commit suicide by blowing himself up on some rather volatile chemical drums. As his body parts fly he has a vision of Vanessa in the afterlife, but the pieces of his body remain alive and are put back together by Colossus (Stefan Kapicic) back at X-Men HQ.

Duty calls and the temporary X-Man, Colossus, and Negasonic Teenage Warhead (Brianna Hildebrand) respond to a standoff between the authorities and an unstable young mutant, Russell Collins / Firefist(Julian Dennison, threatening to torch an orphanage with his special fiery powers, the facility labeled a “Mutant Reeducation Center”. Deadpool quickly twigs that Collins has been abused by the orphanage staff, and kills one of the staff members in anger. Colossus stops him just in time from killing anyone else on the staff but both Wilson and Collins arrested, restrained with electronic collars that suppress their powers and thrown into the Ice Box, a high security prison for mutant criminals. His X men career has not started well.

Meanwhile a cyber soldier called Cable (Josh Brolin) arrives from the future to make matters worse for Deadpool, ,smashing into the prison looking for Firefist, who he has beef with and wants him dead. But Wade has taken a liking to the kid in jail and sworn to protect him, tearing up the jail in the process. When it becomes apparent why there is a vendetta the two work together to track down the now escaped Firefist, the orphanage the number one likely hideout. If the kid kills then in the future he will turn out to be very very bad and so they have to nip the rage in the bud.

I enjoyed it to a point but still find Reynolds and the adult sweary concept a bit testing. Marvel should be innocent action packed fun but I guess the fans would say Deadpool was more graphic novel than the rest and so deal with it In fact 15-year-old Julian Dennison who plays Firefist was not able to see the movie in NZ as it had a 16 certificate. He was in the movie doing the bad stuff but can’t watch himself doing the bad stuff? It is always a risk for any action movie to end up with an 18. You lose a lot pf your cinema audience. Whereas Deadpool was an 18 around the world I think this one is more 15 though, even though its 18. But it’s the highest grossing ever 18, as I said, so I guess film three will be 18 to. It’s also the first superhero film to feature an openly gay same sex couple, lesbians, of course.

Action is solid and not over the top and with a minimal number of superheroes and villains in the film there is space for story and that caustic humor. But, as I said, Reynolds is not everyone’s cup of tea and he may put you off a little with his constant posturing. I did feel he was more bearable this time around though. Because he is so overbearing on screen everyone else in the film is scenery, some acting like it. I did enjoy the Juggernaut character though, a sort of steel Hulk. It’s solid but not spectacular and film three is now inevitable as this clearly is going to replace the X-men franchise now Wolverine is no more.