Ripley Museum is located in one of the most famous shopping centers in Pattaya Royal Garden Plaza. It is easy to find it, it is located right on the central route of the tuk-tuks, it can be recognized by the fuselage of the red plane as if crashing into the upper floor of the building. Nearby will be the inscription in English “Believe you do not believe.” You can enter the shopping center from the Beach Road (long beach along the sea). 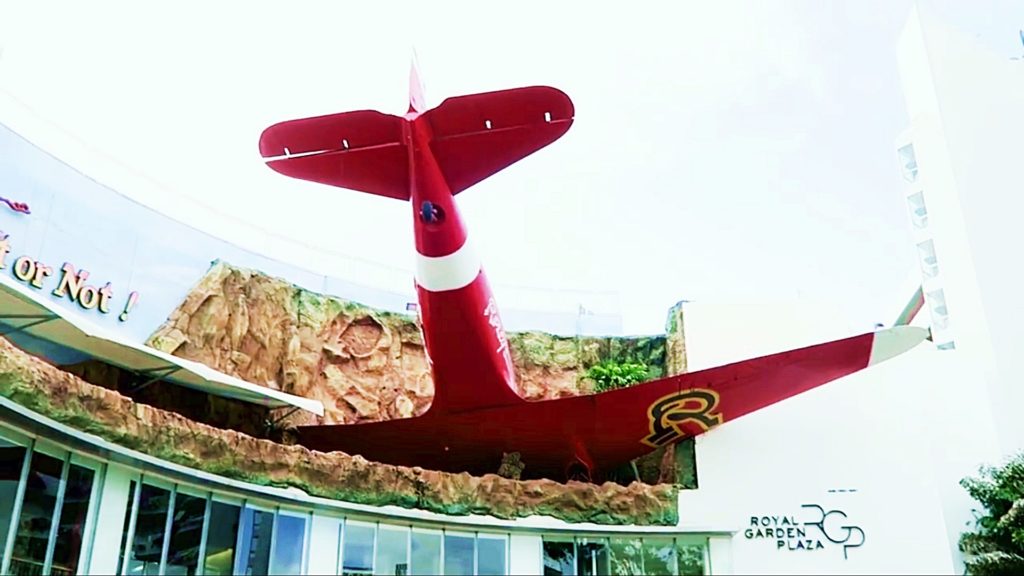 The building of the shopping and entertainment center is three-storeyed, I will not write about shopping – I don’t remember much, the prices are high. They sell clothes, shoes, toys. There are a few fast food cafes. On the ground floor, there is a rather unusual and pretty fountain. 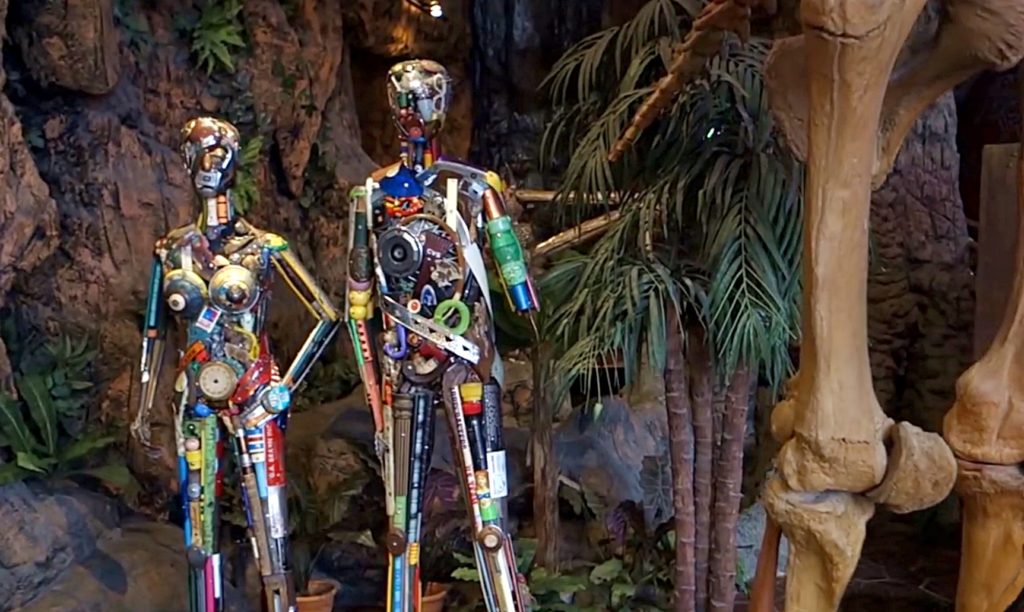 All entertainment is located on the top floor, tickets for them can be bought both individually (it is more expensive) and all at once. In the common hallway, the heroes of famous transformers and several wax celebrities such as Michael Jackson are installed. 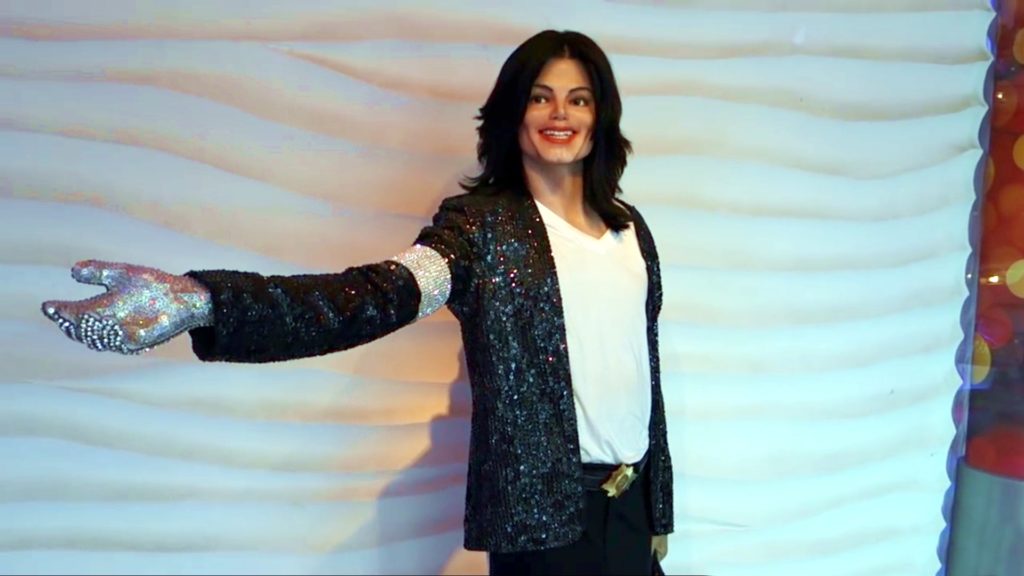 First, we went to the entertainment “Cry in the Dark”. The two need to get into the machine and go into the dark, there you will be attacked by various dead, skeletons, dogs and similar evil spirits, and you will need to shoot at them with a laser weapon. With a successful hit,  the points are counted. Then they will be shown on the screen, I earned 8,000, my husband 32,250, he was told that he had a good result, and he won a second free trip. 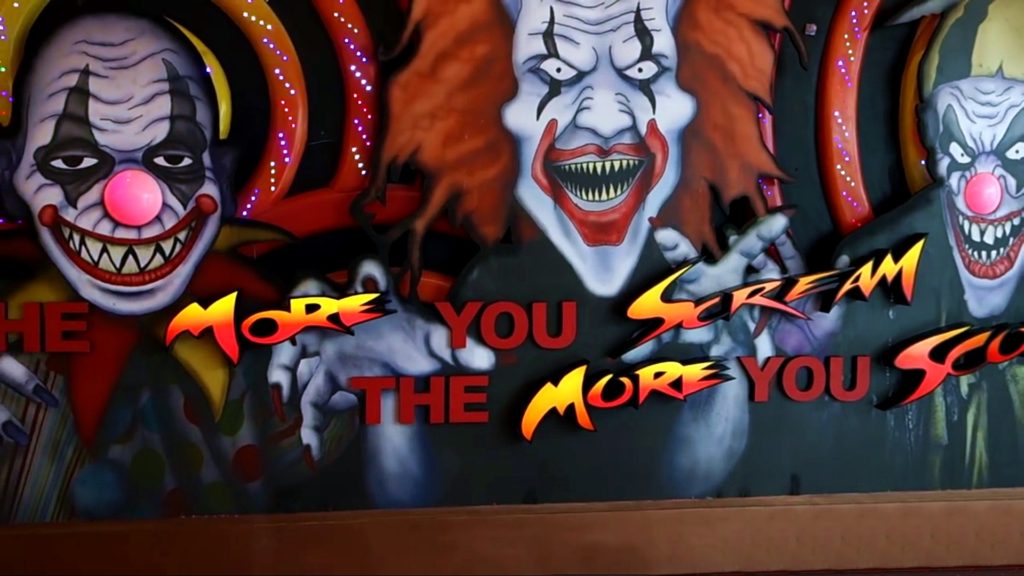 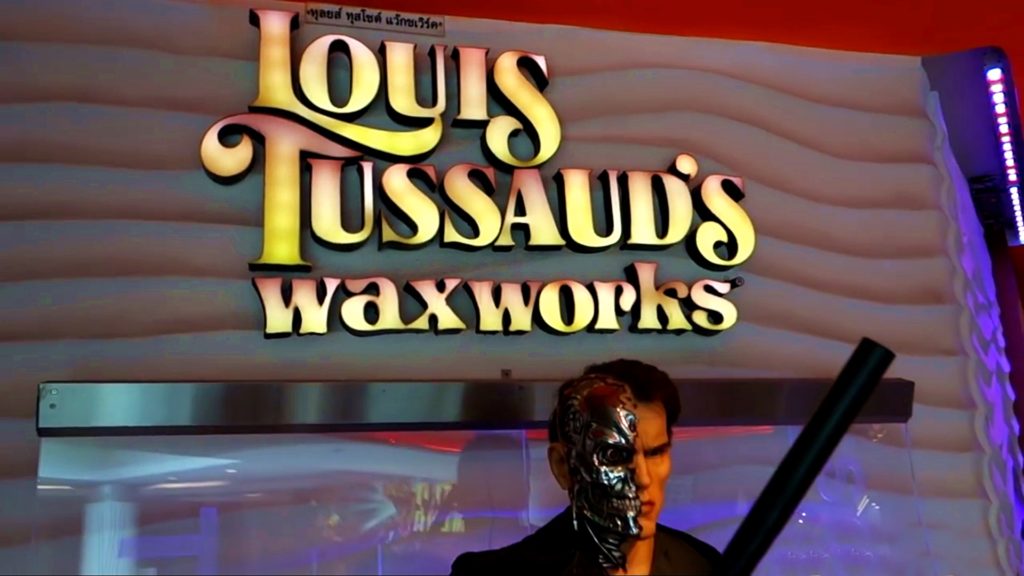 The first thing that strikes is the same plane. The museum has a lot of different exhibits. For example, the fattest man in the world, the highest man. Titanic, assembled from matches, a man with four eyes, etc. There are a lot of exhibits, the ticket itself is 500 batt.

The following entertainment – a mirror maze. You need to leave your things, put on shoe covers, white gloves and look for a way out of the dark mirror maze, bumping into other people. It’s very scary. If I was alone there without my husband, I would still be wandering there, in this mirror maze. Never again agree to anything like that. 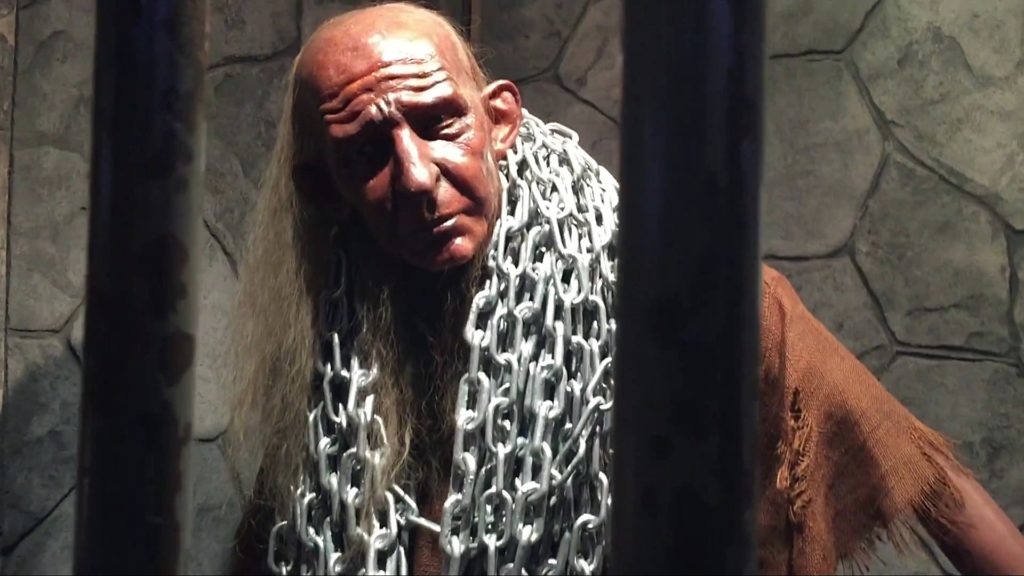 The last entertainment – a house with ghosts. This type of house of horror, visitors enter the two-story house, and there the bleeding monster with a chainsaw chase visitors. We didn’t dare to do that; everyone there shouted in fear, the maze was enough for us.

Impressions of this entertainment center were average because I am not a fan of such things. We just went out of curiosity. 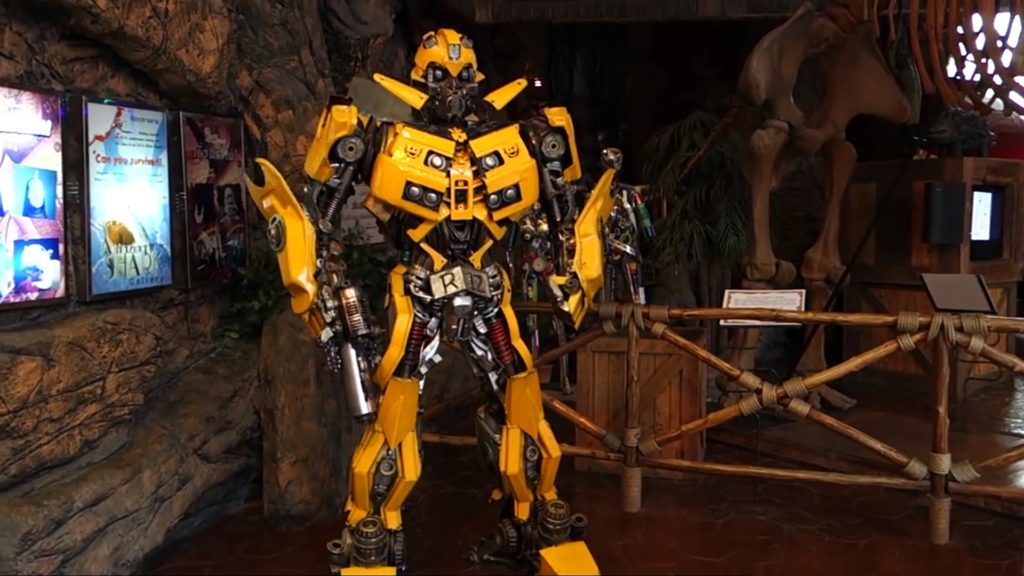