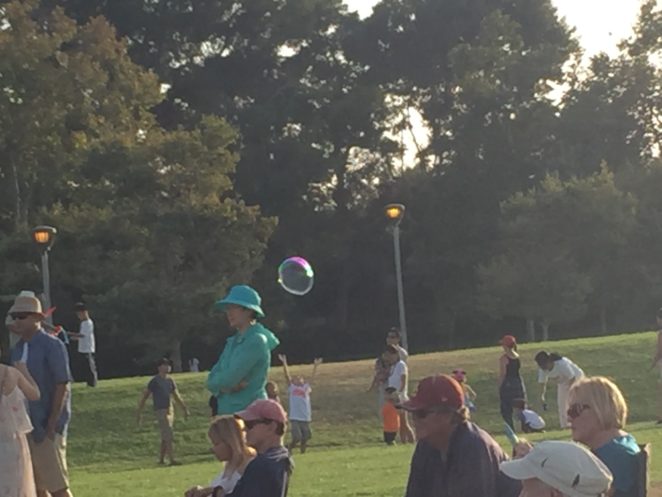 I worked on my script all morning. I just decided to jump into it and just write. I can edit it later. By 4:30 pm, I went to a local park for the last concert at the park event. The Emperors were performing class rock oldies, in which I thought were vintage. The weather was still warm, but it was more breezy. I also noticed that it is starting to get dark earlier, at 8 pm. I like it better when it gets dark at around 8:30 pm. I didn’t see anyone I know today.

But it was interesting that whenever I saw those huge bubbles flying slowly toward the sky, I felt like catching it, entering inside, and flying away with it. But it eventually pops anyway. I almost caught one before it popped.

I tried to keep it healthy, and I brought along a bag of Turkish Dried Apricots to chew on. I seem to like chewy food. There were also some food trucks, but I really wasn’t that hungry.