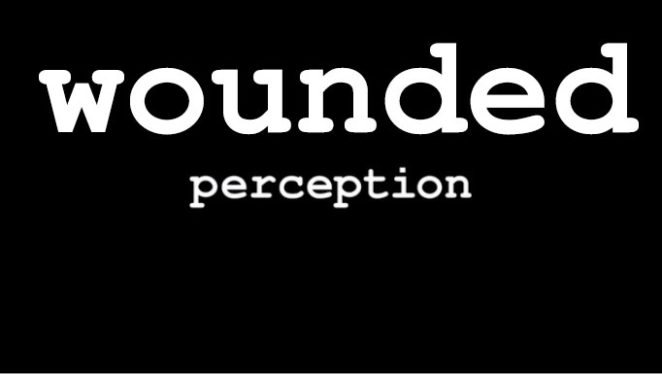 “Wounded” is episode nine of season two of Perception. The episode opens with Kate telling Daniel about a woman in the interrogation room. Her name is Kendra Murphy and, at 3AM, she went into a QuickMart with a live grenade and demanded a pack of cigarettes. The clerk gave her the cigarettes then ran, and Kendra detonated the grenade. Fortunately, not hurting anyone. Kendra has her thumb in her mouth the whole time and Kate says she only removed it to give her name, rank and serial number. Specialist Kendra Murphy, Illinois National Guard, two tours in Afghanistan – and the recipient of a Silver Star.

Daniel uses some of Kate’s sweets – toxic sugar products – to get Kendra to talk. Does she know where she is? In jail. Not exactly. Why is she here? Because she took some smokes. Again, not exactly. Kendra thinks Daniel is hot and has a motel room she wants to take him to. She continues in this vein.

At the hospital, Daniels tells Kendra’s husband that she has a disorder caused by a virus that is making her brain swell. This was caused by Type II Herpes. There is no cure but there are treatments. Bryan Murphy had noticed that his wife’s behaviour had changed since she came back. She started going out at night and he followed her. Kendra was picking up guys in bars and taking them to her motel room. Bryan thinks it’s no wonder she got herpes. Daniel makes it clear that it was the herpes that caused her behavioural change; she didn’t get the herpes from it.

Kate and Daniel press Donnie to get the charges dropped, as Kendra needs treatment, not jail. Daniel also points out that Kendra had an OBGYN appointment before leaving for Afghanistan; she got herpes whilst serving. Donnie says he will be going out on a limb. Kate asks him if he wants to be the guy who prosecutes a war hero with a neurological problem. He does not. However, several days later, Kate tells Donnie that when she said she was proud of him for doing the right thing, it may not have been the right thing after all. Kendra was found with bloody hands over the dead body of a man in her old unit. Which looks bad.