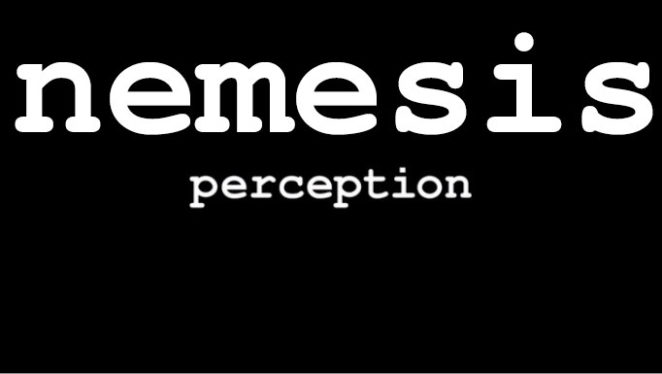 “Nemesis” is episode seven of season one of Perception and this article continues where the previous one left off. Back home playing piano, Daniel gets visited by the judge in her Nemesis outfit. She tells him that superheroes never give up, and Daniel may not be a superhero but he has impressive credentials. So Daniel pays a visit to the public defender’s office and offers to do Brady’s psych eval. The FBI asked for Daniel’s professional opinion and ignored it, so the public defender can have it for free. The man likes the idea. Brady cannot remember what happened the night the judge died. But he says he’s sorry he killed her.With Brady evaluated and stabilised, Daniel speaks to him again. He said he heard voices, which he now knows were not real, telling him the judge was in danger and needed Brady’s protection. So Brady went to her home with the Sword of Ellebra, as the voices said. Then he saw himself stabbing the judge over and over. Next, he was kneeling beside her, trying to help and removing the knife. He doesn’t know why he did it. Nemesis/Trent appears again and asks Daniel if he has ever had a hallucination that turned out to be real. Daniel wants to know why Brady used a knife, as he had the sword with him. And where did he get the knife? Brady has no idea.Daniel speaks to Kate again. Given that Brady had the sword he fetishised, why would he use a random knife? Brady remembers trying to save the judge from his own perspective, but saw himself killing her – because it was a false memory. Daniel thinks that Brady was being set up as the fall guy, and wonders if the voices were actually real. He wants Kate to check Brady’s phone records. The real killer knew about the fixation, and Daniel suggests the husband. Who has looked like a suspect since the murder frankly. He was giving a speech in front of 200 people; Daniel thinks that’s the perfect alibi if you hire a killer.Reardon is still not interested, and still thinks Brady did it. She has also looked into Daniel’s medical history, and suggests Kate find out what happened when she was in Washington. Which reveals some of Daniel’s past, and how he met Lewicki. Finding out the truth will require not following orders.