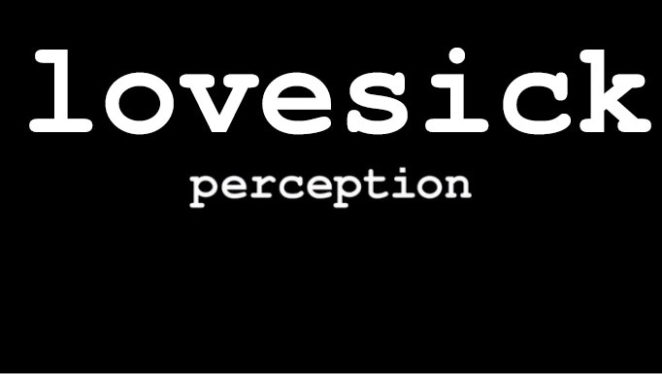 “Lovesick” is episode six of season one of Perception and this article continues where the previous one left off. When Daniel returns home, he hears giggling. Karyn, the girl who came on to Daniel in “Pilot”, whose friend landed him in trouble – and who started taking off her clothes in his office – is there and Lewicki is helping her. Daniel wants Karyn gone. Afterwards, Nat tells Daniel he needs a date. Daniel says he is having some symptoms, but he knows they are hallucinations. Government agents in black SUVs wearing dark sunglasses are practically a stereotype. When Lewicki returns, Daniel is watching television when the weathergirl starts talking to him. He has an idea and tells Lewicki to get the car. Kate finds Daniel back at Corvis’ office – he thinks he knows who killed Corvis. But can’t tell her. It’s outside the circle.

They end up seeing the father of one of Corvis’ patients. His son, Justin, went one time, and threatened to kill Corvis. Who recommended he seek a new therapist. Justin didn’t. Justin’s mother knew how to handle him better, but she died three years ago. Since then, Justin has been mixing with the one crowd and his father has no idea where he is.

Kate’s boss has given her some leeway. They are in the car when Daniel sees the black SUV following them. Then Kate slams on the breaks and Daniel’s hallucination crashes into the back of them. Evidently not a hallucination after all – Daniel can’t believe that someone looking like that is actually following them. The man is an ex-cop, who had nine complaints for excessive force and drank on the job. He, after being told that hitting Kate’s car is classed as assault on a federal agent, admits he was hired by Genstar to follow Corvis. He didn’t see who killed Corvis as he was at an AA meeting. When he saw Daniel, he told Genstar who told him to follow. But they should look into the guy who threatened Corvis last week.

This was when Corvis was leaving the apartment of a girl, Misty. Who seems more than a little vacuous. She says that sex with Corvis was mind-blowing – and she should know, she’s had lots. It was probably her ex-boyfriend Toby who threatened Corvis. Who is also not the sharpest knife in the drawer. Misty used to be Corvis’ patient – and Corvis’ wife knew he was sleeping with her. And the other affairs. It’s what normal men do.

Then it’s discovered what the fictional disorder of transformational dopamine deficiency actually is. It’s called being gay. And Dr Corvis had a ‘cure.’ Because it’s a ‘disease.’ Justin was sent to Corvis by his father to be ‘cured.’ Corvis was also giving his patients a drug that apparently isn’t legal yet as part of their cure. Those patients interviewed actually seem grateful to Dr Corvis. What Daniel was actually recruited to do – help with the U.S. Attorney’s case against Genstar – is cleared up really quickly. Instead, most of the episode is spent investigating the murder. Even though it was outside Kate’s ‘circle of responsibility.’

Karyn shows up again a couple of times and Daniel has to help her out. He is also forced to go to the gala – after the dean basically threatened Lewicki to get him there – and discovers that Mrs Bannister is not at all what he expected.