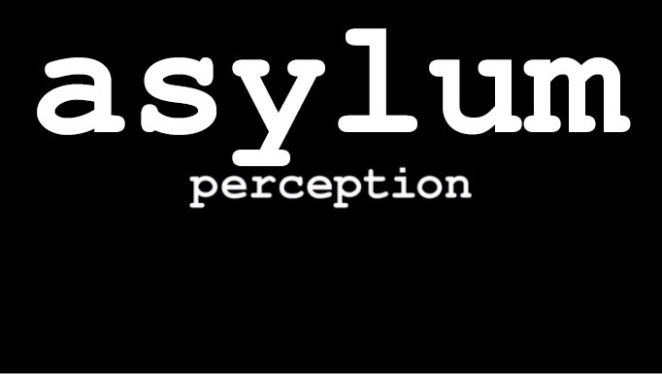 “Asylum” is episode eight of season two of Perception and it opens with a police officer telling someone dressed like a nurse that a man was found in town ranting that CIA assassins were out to kill him. The man is asked his name. It is, of course, Daniel, but he replies that it’s too dangerous to tell them that. Call him Dan. He is welcomed to Jerseyville Psychiatric.

Naturally, it then goes back 12 hours earlier. Daniel, with a sorrowful expression, is telling his class that life is grim. Death, taxes, the Cubs being out of contention by August. It’s all so inevitable. Unless they have hope. Hope abounds in the world. An older man enters the class and sits down as Daniel is saying that new treatments being developed could help the brain heal itself, rather than having to use medication.

After class, the man, Reuben Bauer, tells Daniel he needs his help. He has a client, Erica Becher, a patient at Jerseyville Psychiatric who allegedly stabbed a nurse to death with a letter opener. Daniel considers Jerseyville to be a hell hole; it was shut down twice whilst he was in college. Reuben can’t see Erica’s psych records. Why? Well, she’s mentally ill. Currently, Reuben will probably plead Erica guilty in exchange for proper care. He needs an expert diagnosis though. As to knowing that Erica is guilty, or mentally ill; Erica had the nurse’s blood on her hands when found and had swallowed the letter opener.

Erica has a huge scar on her throat where the letter opener was removed. It’s not the first time she’s swallowed something. The thought comes into her head and she has to do it. Erica admits she stole the letter opener but didn’t kill the nurse. She was having a session with Dr Poole when she saw the letter opener, and took it when the dead nurse came to see Poole. The nurse, Laurie, saw Erica take the opener and retrieved it. Later, Erica couldn’t sleep and went looking for the opener. She found Laurie, dead, with the opener stuck in her. Erica knew if she didn’t swallow the opener she was going to die. Reuben takes Daniel aside; he wants a diagnosis, not to play detective. Daniel thinks the charges are bogus, though; Erica simply has an extreme, and possibly treatable with a new procedure, case of OCD. Reuben says they need reasonable doubt and an alternative theory. He doesn’t want to call Kate, as the FBI works with the prosecution. They need another way.