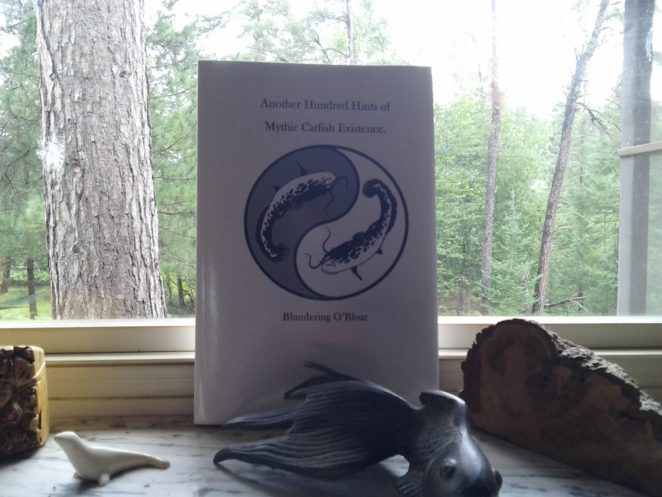 Scene 2 act 2 Setting, Phlex’ office prior to his return.

How Nori now has a tail or “Oz and odd with Cinderella in the rabbit hole”. Grin.

“The hex Phlex put in, before going away,

mixed with Noris’ scribblin’ and put sorcery in play!

Abruptly jutting up from the floor where she lay,

a tail stuck to her butt and with luck it may stay!”

Act 2 scene 3 Setting, Back to Phlex finding the state of Nori.

but, could not hesitate to unseal this poor Noris’ fate.

“It seems you spilled spell in my absence from home.

…And opened a whole well of essence of sea foam?!”

He hollered of the slobber in each room he’d roam,

hiding his fright of the plight of this neo-naiad gnome.

“I’ll try and help by unreading the rhyme.

Best get used to kelp, we don’t have enough time.

When the minute strikes midnight and you hear the twelfth chime,

I’ll recite an invite to “The Brothers Grinn” of rhyme paradigm crime.”

“Un-ring the bell! Unroll the waves!

Throw back the shells to the siren that saves!

Put leaves back on tress, dub knights into knaves!”

“By Neptune! By O’Bloat! by Phlex and Namazu!

By myths of the sea, I request and summon you!”..

Then, Poof! Ala SpLaSh! There appeared just the two.

Phlex crudely asked, ” What do you two do to undo this snafu!?”

“Namazu! You old Black and White! Looking quite serpentine!

It seems a ton of time since each other we’ve seen!”

and as a side note, your grin’s still glowing green.”