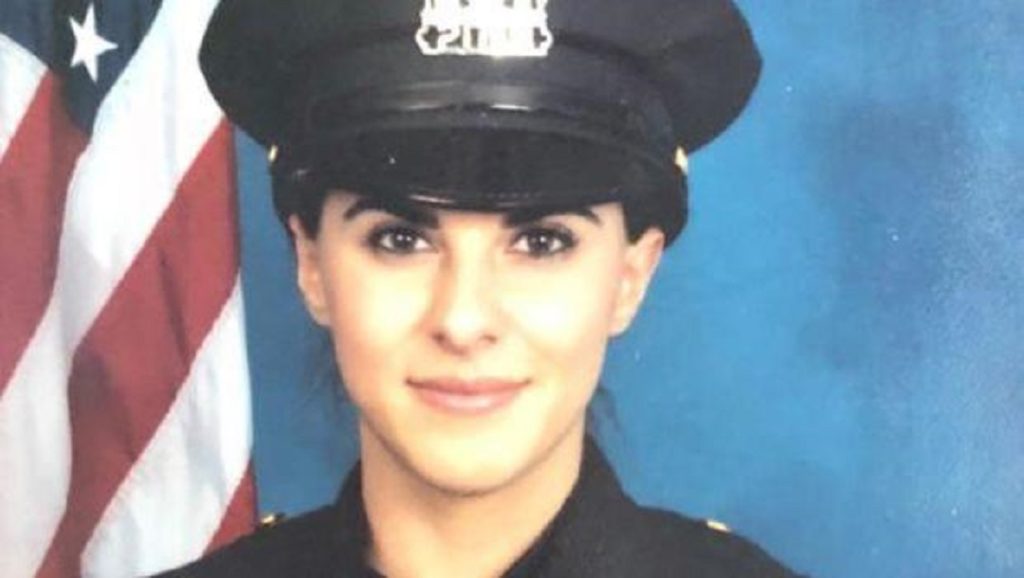 A 12 year old boy who escaped from a not for profit group that assists young men and young women who are suffering from mental illnesses that is located in New York City.

The staff members of the group attempted to talk the young man into not jumping off the Saw Mill Parkway in Yonkers New York before the young man decided to try to end his own life by leaping off of the guardrail 30 feet down to the road below the bridge.

A New York police officer was on her way to work last Friday when she witnessed the young man jump 30 feet from the overpass to the road below.

New York Police Officer Jessie Ferreira Cavallo decided to risk her life by jumping off of the overpass to the road below after she took out from her squad car first aid equipment to attend to the young man who landed on the road below with a broken nose, a broken arm and leg injuries plus he was out cold from the blow from landing on the cement floor of the road.

Now since a fall from 30 feet can cause serious injuries to anyone who takes a leap from an overpass, the mystery is that how did Officer Cavallo managed to land safely without any serious on her must mean that Officer Cavallo must have had a Guardian Angel looking after her.

When she was attending the stricken young man who was on the cement floor of the road bleeding from his head area, another military uniformed female officer show up to assist Officer Cavallo to attend to his needs.

An ambulance showed up to take the young man who had a neck brace on him to a local hospital where he is expected to live, even though his condition was serious.

To add some sweetness to show the young man that Officer Cavallo is not a monster that abuses her power as a police officer to take down a criminal, she said she would like to visit the young man and give him a hug to show him that she cares for people that she has taken an oath to serve and protect the citizens in her hometown.

Officer Cavallo has a view that in good conscience that she could not just stand by and allowing one person who attempted to end his life by jumping off of an overpass since that person in her view could have been a close relative of hers.

The rule of thumb in taking a risk to save a life is to go ahead and take the risk of an injury from a fall of 30 feet and just hope that the person making the rescue has a Guardian Angel watching over that person.