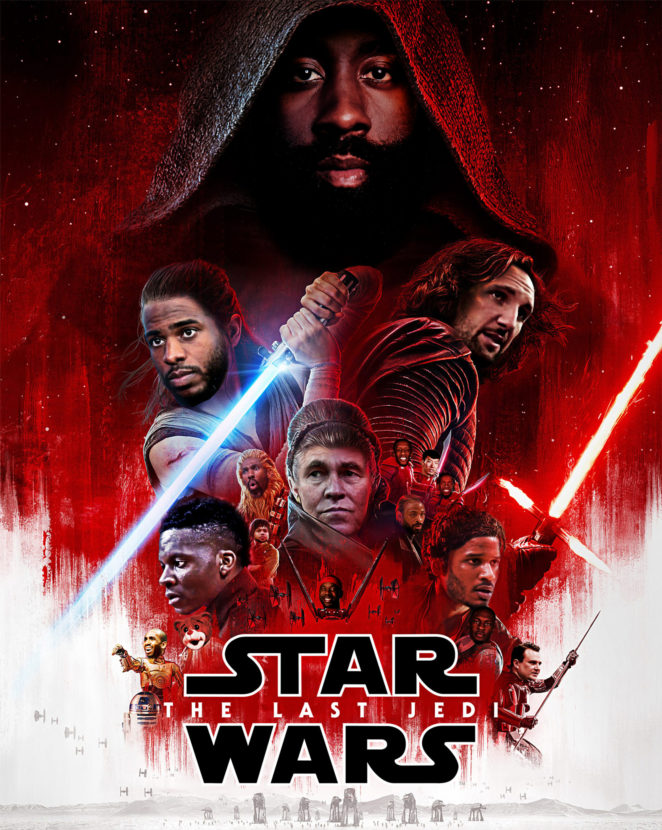 It’s difficult for youngsters to understand the cult appeal of Star Wars to their parents but it was such a breakthrough Sci-Fi movie at the time that it left an indelible impression on our hearts. We had never seen anything like it before on the big screen and it was quite simply a phenomenon, doing an extraordinary $500 million dollars in the cinema in the 1970s, queues around every block across the world and people would see it over and over again. Throw in George Lucas astute marketing of the toys and it did a billion bucks more. It was pure escapism from George Lucas and why we are still here and loving it nine films later. The youth today grew up on cool CGI effects that can now recreate any situation on the big screen and so another Star Wars film rather samey and no big deal but to those of us who were there on day one in 1977 its still stirs the emotions as that iconic soundtrack and opening script washes over you as the memories come rushing back.

In 2012 Disney took over the rights to Star Wars by buying Lucas Film for a few billion bucks. For Disney to make money out of what was a dying franchise that Lucas felt he could not take any further (ruin) there would surely be many more movies to come to recoup that. The fear was the life would be squeezed out of it and so the magic lost and although it could be said of film 8, Rouge One, that was the case, ‘Star Wars: The Force Awakens’ and ‘Star Wars: The Last Jedi’, the other two Disney versions, are great fun and well worth a DVD rental or purchase. It’s safe to say the franchise is back on track.

-The money so far-

Following the battle of Starkiller Base, General Leia Organa (Carrie Fisher) leads the Resistance forces retreat to the planet D’Qar when a First Order fleet jumps out of light speed above the planet to bomb and blast them out. Resistance Fighter pilot Poe Dameron (Oscar Issacc) leads a costly counterattack that destroys a First Order dreadnought, a crucial ship, but kills half the resistance as they try to escape in hyperspace, the First Order tracking them and attacking the Resistance convoy once again. It’s not looking good.

Kylo Ren (Adam Driver), Leia’s son but drawn over to the dark side, heads the attacking First Order fighter fleet, hesitating to fire on the lead Resistance ship after sensing his mother’s presence there, but another pilot destroying the bridge anyway, killing most of the Resistance leadership and incapacitating Leia, who survives by using the Force.

Poe leads a mutiny after disagreeing with new leader Vice Admiral Holdo (Laura Dern) strategy, Poe deploys Finn (John Boyega), droid BB-8, and mechanic Rose Tico (Kelly Marie) to embark on a secret mission to disable the First Order’s tracking device so they can escape as the depleted fleet begin to lose their force field integrity from the constant barrage. 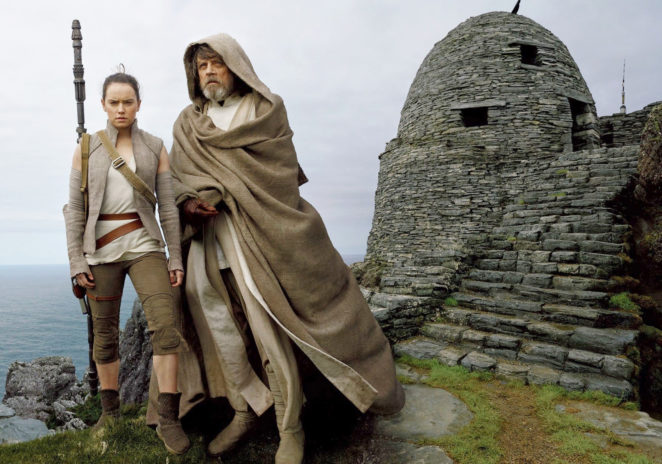 Meanwhile, in another galaxy far far away, Rey (Daisy Ridley) arrives on planet Ahch-To with Chewbacca and R2-D2 aboard the Millennium Falcon to recruit Luke Skywalker (Mark Hammill) to the Resistance. Luke is disillusioned and hiding away due to his failure to train Kylo as a Jedi, and not too keen and refuses to help Rey save the resistance and believes the Jedi should go extinct but after a while teaching her a few Jedi tricks. Unbeknownst to Luke, Rey and Kylo communicate through the Force, confusing the two enemies in their relationship. As Rey and Kylo learn about each other, both have visions of themselves as future partners – but on which side of the force?

I really enjoyed this and like The Force Awakens, this one felt like a proper Star Wars movie once again. The last origin trilogy was a real mess and it was like Lucas wanted everything, and I mean everything, to be on screen that he had been thinking about since the wrap on Return of the Jedi twenty years before, the CGI allowing him to do just that. After Rouge One you felt we were heading back there but Director Rian Johnson (Looper, Brick, The Brothers Bloom) has pulled it around and produced a very entertaining two-and-a-half-hours here.

In Lucas true style a few cuddly animal characters are introduced for the kids to tug at mummies sleeve for Christmas and every box ticked as far as ethnicity and gender goes in the main characters to draw that world-wide audience. To be fair British actors John Boyega and Daisey Ridley work in that two dimensional comic book way and I’m sure they will risk a screen kiss in the next episode although Hollywood is still reticent over that for some reason. It’s very noticeable that main characters are female now in many of these action adventure type movies.

The dialogue is deliberately clunky like Frankenstein in a new pair of shoes although that’s part of the Star Wars nostalgic appeal for me and the better for it. The story itself is swashbuckling and very Star Wars and keeps you enthralled and a little bit of producer JJ Abraham’s space humor along the way. The special effects are spot on an not too bold and cluttered and space for story and tempo.

It’s definitely worth a watch on your big flash telly and will remind you of the days when half the world went to the cinema and that wonderful shared experience.