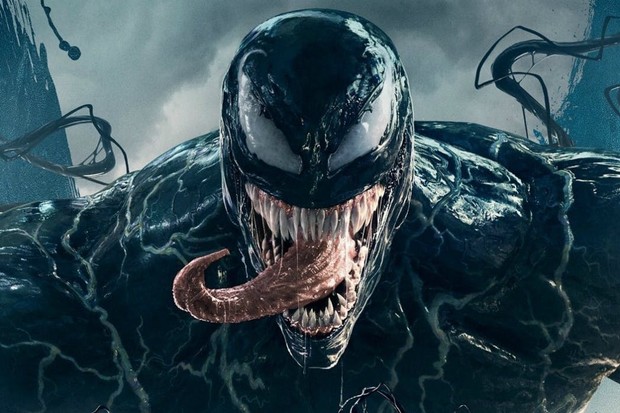 Despite certain scenes pertaining to the consequences of Eddy Brock’s personal life being skimmed through, the movie Venom is decent! For his character being one of the more violent out of all the Marvel Comic characters, I was surprised that they pulled somewhat of a good movie off with it. A lot of the humor came with the symbiote talking to Tom Hardy in his head which came in the form of the symbiote being the “Id” of Eddy Brock for all of you that are familiar with Freud’s model of psyche. Prior to seeing this movie, I tried to stay away from viewing too many post reviews. From what I have encountered, many were disappointed in the movie, but  you cannot expect much with a character that is a anti-superhero. 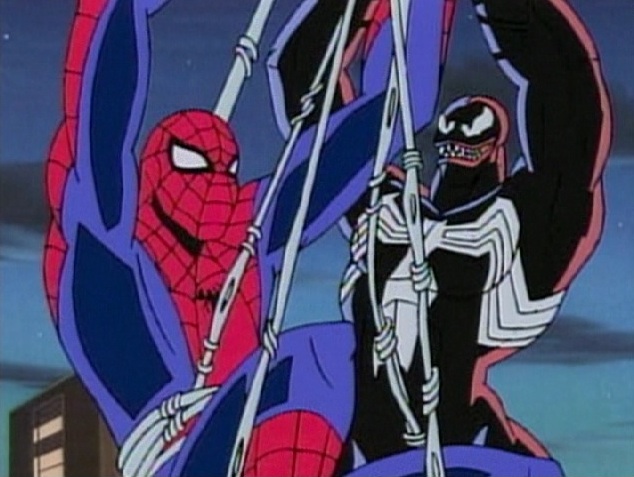 Growing up as a kid I was a huge Spider-Man fan, and still to this day! I remember seeing Venom appearances on the cartoon series. But with the arrival of this movie and while watching it allowed me to learn more about both characters featured. I have to say that the movie characters fit the mold of the cartoon characters featured on Spider-Man. I learned a lot about the Venom character, and the character Carnage, who’s human form is Cletus Kasady played by Woody Harrelson. Harrelson, is featured in the after credits scene, so I recommend hanging tight instead of rushing out of the theater like I did because you will miss the scene with Harrelson featured, which makes it a no-brainer that there will be a Venom sequel. 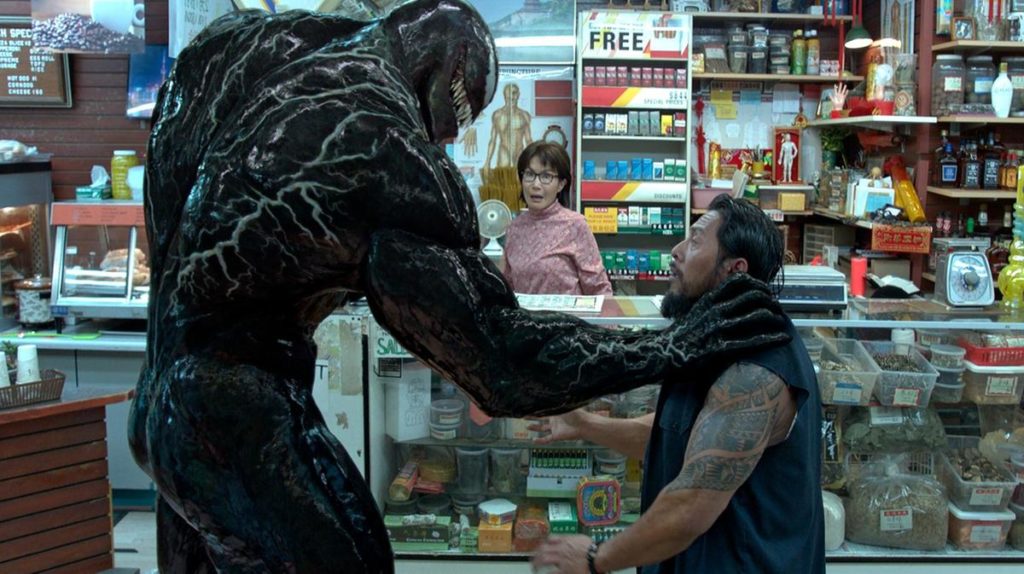 The Venom character is in a category of his own, so I would not recommend them collaborating him with the other Marvel comic characters unless it is with Spider-Man, which we have seen already in Spider-Man 3. I was surprised to see many teenagers and below in this theater because the movie was brutal! When I say brutal, I’m meaning scenes of Venom eating heads off select bad guys. This Venom movie I saw, I would not watch it again, but I would like to see the sequel to it. It is decent, but there is nothing in it that would tempt me to return to the theater to see it, as well as pick it up at a Redbox location. In my honest opinion it is one of those movies that a teenager would be fascinated by, not someone in their mid-thirties and up! There seemed to have been no ending consequences for the chaos that Eddy Brock caused in this film, which is my only complaint about it. Realistically, Eddy Brock would be public enemy number one for all the chaos he caused, but that part was not portrayed in this film.