Our serial series is set in Kenneth Shumaker’s medieval fantasy realm of Quantos. We find Apprentice Mage Morgus is out from the Mage’s University and on his one-year walk-about before he returns for his journeyman certification test on Autumn 50 of Pine, during the reign of King Regeanus III in the royal city of Mount Oryn’s South State District 13. Our intrepid hero, with a checkered past, is an attractive thirty-three-year-old human Jalnoric male with a bold personality and is determined to survive his walk-about year at any cost, even if it means snuggling in and working with nobility.

Having found a new friend, Morgus acquires for her brother an apprenticeship, having to fund the apprenticeship application himself.

Returning home late yesterday, Morgus studies the chamberlain rules tome for a couple of hours in the brilliant yellow light of the still burning ‘continuous light’ of the common hooded-lantern. Getting to bed late, tired, he sleeps as haggard as a river scragg, not getting much sleep. Waking an hour before gods-rise; they sit in the manor’s Imvor chapel listening intently to Hez preach a resolute talk on the god Imvor’s many reverent blessings of light and fire.

Soon after the sermon, Morgus pulls Hez gently aside, firmly asking, “How much coal and iron do you need?”

Quickly estimating the combined work that he has been commisioned to do for both Morgus and Ada, Hez replies as bold as a Goren hawk striking its prey. “A hundred pounds worth of iron ingots will get me by when added to what I have. But I need at least eight-hundred pounds of good clean coal.”

Sincerely considering this, Morgus squints slightly, and then frowns with a deep furrow of his brow as he asks, “How much will it cost?”

Boldly again, Hez states, “The iron ingots are generally a Dyns a pound and are usually sold in ten-pound ingots. The coal is sold can be shipped by the wagon load, and it sells for a Dyns per pound.”

Responding quickly, Morgus says, “I’ll give you a hundred-twenty Flairs, and you go order your supplies. Fair enough?”

Looking at Morgus quizzically, Hez asks, “You’ll trust me with that much coin?”

Shrugging nonchalantly in a tired gentleman’s fashion, Morgus replies, “I found you once out of curiosity … if I need to find you, I’ll find you.”

Later in the evening, Morgus is rising from the staff dining table after talking with the priests, when Elmar arrives rushing in frantically to the staff room, calling out, “Wight in the courtyard … already killed the dairy cow … it’s headed toward the manor!”

Rapidly jumping up, Morgus motions for Hez, Loura, and Hon to join him. The four follow Elmar as they quickly head outside into the courtyard. There, they find the wight haphazardly trying to locate the manor in the darkness, with its eyes glowing day-bright with Morgus’ ‘continuous light’ spell still glowing in its eyes.

The walking-dead creature soon smells the humans, and in a hurry, it starts heading straight toward the four humans and elf.

Sensing its anger and lust for its prey’s lives, Morgus desperately calls forth an unmemorized spell, expended an enormous amount of destructive power. With fingers splayed wide, thumbs touching, Morgus calls out, “Usten” and a flat fan of a 120o arcing sheet of flaring yellow flames bursts forth catching the wight as it rushes toward Hez. Immediately its rags of dirty torn clothing are ignited, bursting into plumes of multicoloured flames.

Seeing the determined creature continue onward, Hez expends an equal amount of prayer power in an attempt at ‘holding’ the creature.

Amazed by the determination of the walking-dead creature, Loura and Hon watch as it continues onward and they quickly combine forces in prayer in an attempt to turn the wight.

This is the end of this episode 008, part 1 of Morgus, written by, Kenneth Shumaker 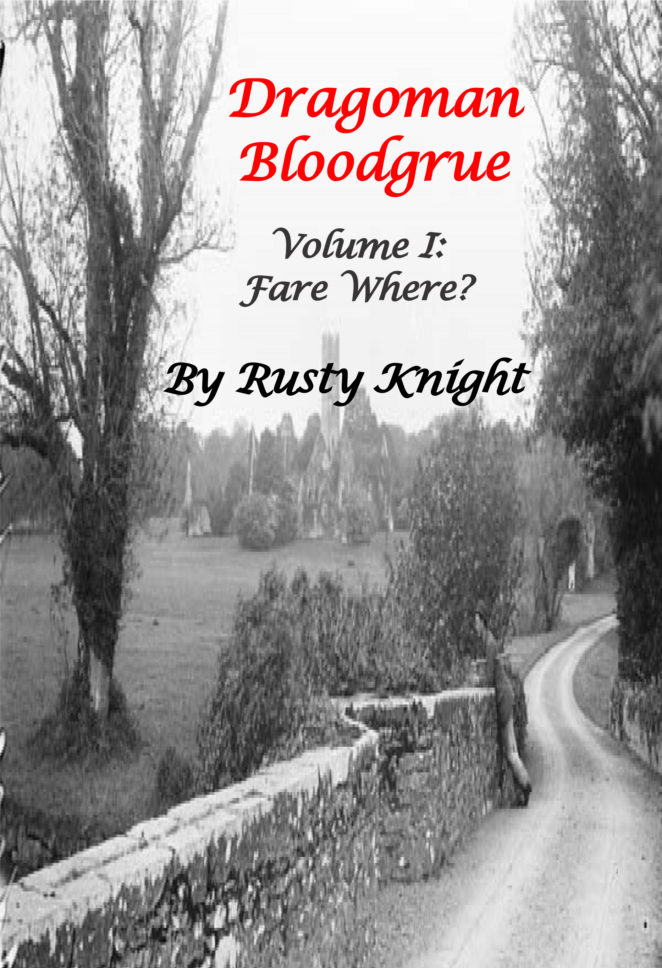 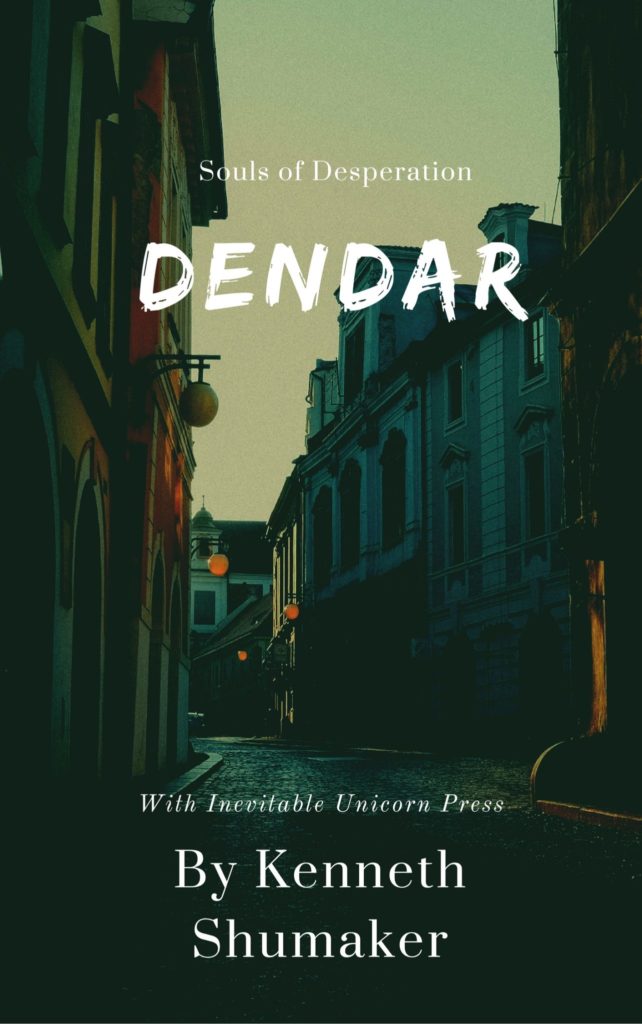 Coming soon to the public from InUPress in 2018, we have Kenneth’s second medieval fantasy novel, ‘Dendar: Souls of Desperation,’ the second book from the ‘Lost Souls’ series. 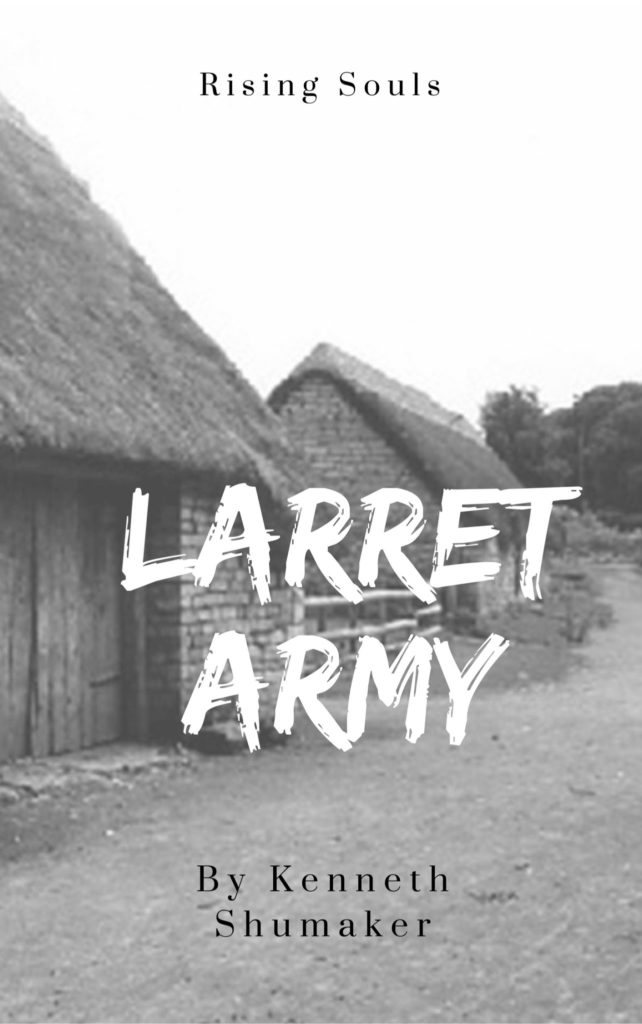 Due out in 2018 from InUPress, we hope you’ll enjoy Kenneth’s return with his first medieval fantasy book in the ‘Lost Souls’ series, with the second edition of his first novel ‘Laret: Darkness of Souls,’ returning in the new edition titled, ‘Larret Army: Rising Souls.’

“Second, if you desire to learn new creation, business, or technical skills, seek out those new skills on a strong learning platform of over 50,000 courses offered by hundreds of creative authors, editors, business people and thousands of other creative professional crafts, business, and technical people in online course as teachers. Sign up for a membership subscription and learn nearly any skill you can think of, improving your abilities in your creative work, your business abilities as well as many technical skills.”

“We invite you to entertain your reading self with fantasy, sci-f/fantasy and science fiction as well as other genres of writing including non-fiction discussion episodes, written by authors such as Eric J Kregel, Aria and Kenneth Shumaker published by us, Inevitable Unicorn Press (InUPress).”

Find out more and join us with memberships at Virily as well as Skillshare with InUPress’ author, Kenneth Shumaker on these links:

Join Virily with a membership subscription through this link: Virily.

Or seek out more from InUPress’ author’s writings by subscribing with an email membership subscription at this link: InUPress.ca. 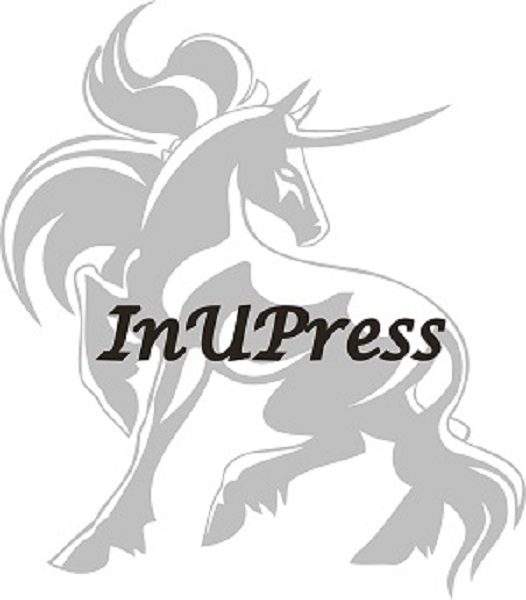