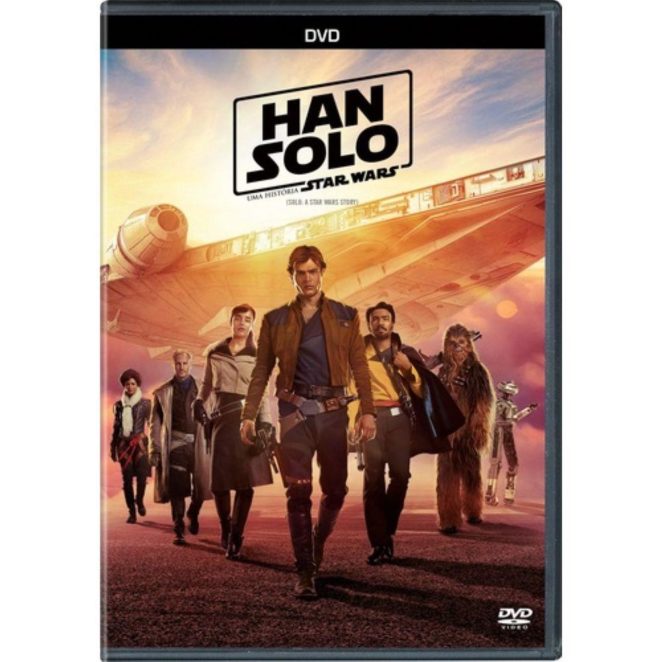 When Disney bought Lucas Film for $4.5 billion, and so Star Wars, there were a few raised eyebrows. One lot thought Star Wars as exhausted as an old people’s home football team and so a waste of money whilst others were thinking spin off, how Disney were thinking. The three new Star Wars films went a long way to recoup that $4 billion, and the fourth and fifth film planned should see Disney well into a billion dollar profit on this franchise. What is universal is we are all glad the films have been wrestled away from George Lucas after his three messy follow ups. But Disney thinks it’s the spin offs where the money is and here they come, Solo the first of many. But with Solo costing an eye watering $275 million dollars to make and doing just $392 million back to date it’s not been great on that front with the first effort almost a bomb. If the true Star Wars fans who see the new films four or five times over don’t embrace the spins off then you are struggling. It looks like an anthology story centered on Darth Maul will be the next Disney spin off movie with no sign of Solo 2 or, indeed, the much wanted Boba Fett spin off.

The purpose of Solo is to fill out Han Solo’s back-story until he enters George Lucas universe and that’s your movie here, Solo introducing new characters, fitting in old ones, like Lando Kalrissian (who is gay here), and trying to create the Stars Wars magic in what appears to be a Jedi less universe so far but the Imperial Empire menace present as ever.

On the Federation controlled planet Corellia, orphaned children steal for brutal local gangs just to survive. Lovers Han (Alden Ehrenreich) and Qi’ra (Emilia Clarke) are planning to escape that life, bribing an Imperial officer with stolen coaxium (a powerful hyperspace fuel) to jump on a transport ship heading out to a new life, but Qi’ra agonizingly nabbed by the gang just before she can board. Han tearfully promises to return for her and joins the Imperial Navy as a flight cadet to secure his passage. When the recruiting officer asks for his surname, Han says he is an orphan so the recruiter gives him the last name “Solo”.

Three years on and the rebellious Han has been kicked out of the Imperial Flight Academy and busted down to infantry on the planet Mimban where war rages. Here he runs into a group of criminals posing as Imperial soldiers led by wily Tobias Beckett (Woody Harrelson). Han foolishly tries to blackmail them into taking him off the planet but Beckett having him arrested for desertion and thrown into a grizzly pit to be fed to a chained Wookiee named Chewbacca. But Solo speaks Wookiee and earns his trust, the two eventually hitching that ride for Hans’s resourcefulness.

As the kid can fly and the wookiee has great strength they are enlisted into the gang for their next heist, to steal a shipment of coaxium on a planet named Vandor-1. But the plan of boasting a superfast freight train goes awry when a pirate gang called the Cloud Riders, led by Enfys Nest (Erin Kellyman) quite fancy the coaxium for themselves, resulting in the loss of life on both sides and the coaxium gone. Now Beckett has not only lost good men and women but his cargo, and his employer Dryden Vos (Paul Bettany) won’t be happy. They will have to think hard and plead for their lives when they tell him. A solution may lie on a distant planet where a man called Lando Calrissian (Donald Glover) may have the solution and ship to solve the problem, the Millennium Falcon.

The shrewdest thing George Lucas did back in 1977 was merchandising. The toys made as much, if not more, than ticket sales of the original trilogy. And ticket sales were phenomenal. Disney is essentially a toy company and this spin off is simply about shifting new toys, as well as bums on seats. Watching the movie felt like it was being made for those commercial reasons by committee. It just lacks heart and feels just like the current Star Wars with diversity, LGBT and prominent lead female characters its message that Hollywood is for all. It’s a box ticking exercise.

It’s an OK film to watch and the special effects and interspace panoramas perfectly fine. Apart from the rather cool train that swings through the mountains like a fairground ride there is nothing new here. We know the hardcore Star Wars fans were not that impressed and even called for Disney head Kathleen Kennedy to resign. I’m not quite sure what they expected of it as it’s essentially a constructed genesis story to cash in on Han and Chewey. Everyone can do the special effects now and you can buy decent ones of the shelf now and so no longer the selling point so your story has to be interesting and your actors charismatic. Alden Ehrenreich kinda looks like a young Harrison Ford but you just can’t duplicate that mischievous curled up lip and twinkle in his eye and so a little flat there. Emilia Clarke is that rather generic female lead we get in every Sci-Fi film now, emancipated and a good with laser gun, and ready to inspire young girls around the world …to buy the toy. But there will be only one Princess Lea.