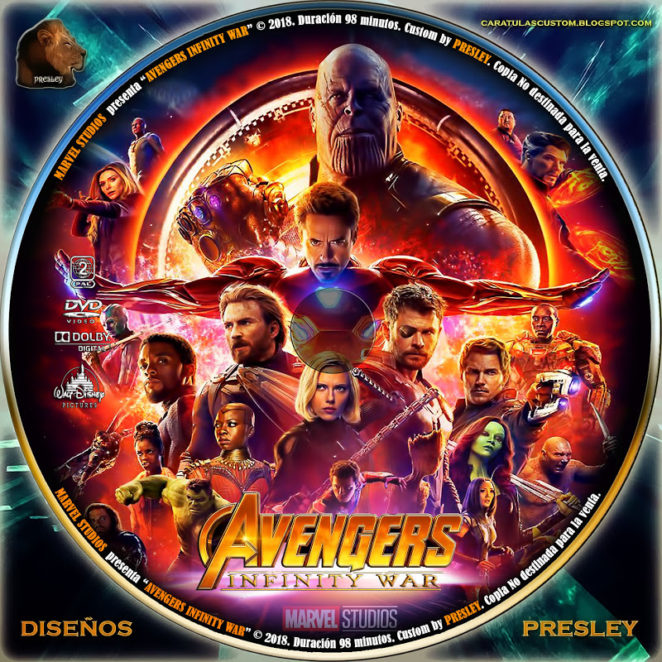 It’s probably fair to say this was the number one anticipated movie of 2018. The day before it got its wide release, it received enough votes to take the second spot on IMDb’s Top 250 with a 9.2 rating, a record for a Marvel movie at any time. It’s not clear where that vote came from as it was only seen in show screenings but it’s now 8.5 on the Imdb.com and so not far wrong. Some say studios buy the votes from Bangladesh ‘click factories’ to hype their movies.

As we all know the Marvel films are star packed and this one no different, the most star packed movie of all time with no less than 8 Oscar nominees and a further three Oscar winners from previous movies packed into the CGI mayhem. It’s the most expensive movie ever made because of that cast and, with the marketing budget, cost nearly $400 million dollars to make! One well paid actor not as trusted though was a one Mark Ruffalo, revealing that he was given a fake script due to his propensity, after a few beers, of spoiling past Marvel movies by blabbing the plot to anyone who would listen.

Evil warlord Thanos (Josh Brolin) has acquired the mighty Power Stone, one of the six Infinity Stones he needs to gain the ultimate power in the universe. From the planet Xandar, his battle hardened thugs of Ebony Maw (Tom Vaughan-Lawlor), Cull Obsidian (Terry Notary), Proxima Midnight(Carrie Coon) and Corvus Glaive (Steve Danot) plot the capture of the next stone, chasing down a spaceship carrying the last survivors of Asgard. They somehow extract the Space Stone from the Tesseract, defeating Thor (Chris Hemsworth), the Hulk (Mark Ruffalo) and Loki (Tom Hiddlestone) in the process. Heimdall (Idris Elba) has just enough time to send Hulk to Earth using the Bifröst to warn others.

Hulk crash-lands over New York City in the present day, quickly turning back to Bruce Banner. He warns Dr Stephen Strange (Benedict Cumbernatch), and the elder of the Sanctum Wong (Benedict Wong), that Thanos’ plans to kill most of the universe when he gets all six stones. Dr Strange quickly recruits Tony Stark (Robert Downey-Junior) and the Hulk to plan the defense of Earth, where one of the stones hides. It does not go well as Maw and Obsidian arrive through a portal to try and steal the Time Stone from Strange, getting Strange but not the stone, due to a protective spell.

Peter Parker/ Spiderman (Tom Holland) arrives on the scene and, with Stark, pursue Maw’s spaceship into deep space. Meanwhile back on Earth Banner makes the call to Steve Rogers (Chris Evans), and so the Avengers for help. Wong stays behind to guard the Sanctum at the fifth gate as Thanos goes after The Mind Stone in Edinburgh, Scotland. Midnight and Glaive attacks Wanda Maximoff (Elizabeth Olsen) and Vision (Paul Bettany) in order to retrieve the Stone in Vision’s forehead but Natasha Romanoff / Black Widow (Scarlett Johansson) is thankfully there to help them. The better plan maybe to destroy the Mind Stone to keep Thanos from retrieving it.

Rogers plan is to travel to Wakanda, the home of the Black Panther (Chadwick Boseman) and his highly advanced people, a city which Rogers believes has the vibranium resources to remove the stone without destroying Vision.

The Guardians of the Galaxy, out in space doing their thing. oblivious to Thanos threat, respond to a distress call from the now crippled Asgardian ship and rescue Thor, who figures that Thanos seeks the Reality Stone, which is hidden in a place called Knowhere. With a man called The Collector (Bencio del Torro). Rocket (Bradley Cooper) and Groot (Vin Diesel) accompany Thor to Nidavellir, where they and Eitri (Peter Dinklage) seek a super weapon that can defeat Thanos.

As with most Marvel movies they simply overwhelm you with good stuff and you can’t resist them. The action and special effects are insane and the Marvel superhero’s almost an infinite number these days as more and more are introduced to us for spin off movies and old favorite’s there a plenty. Dr Strange takes a much more prominent role than expected and looks like a future Avenger, the way the franchise is going, whilst one or two were not here from the previous film, somewhat noticeably the bow and arrow dude played by Jeremy Renner. But most are there and even screen time for most.

The plot is pretty samey and simple and the signature Marvel humor and in-jokes as prevalent as ever. One of the reasons DC Comics have been panned by Marvel is they never engaged in the humor side much and characters too worthy and po-faced in the films. Apart from Christian Bale’s Batman and the brilliant WonderWoman can you really recall a decent DC movie? Marvel are simply kings of the big screen right now and the Avengers franchise alone has made $17 billion dollars for Marvel, one trillion in total ticket sales clicked up in the year of 2018.