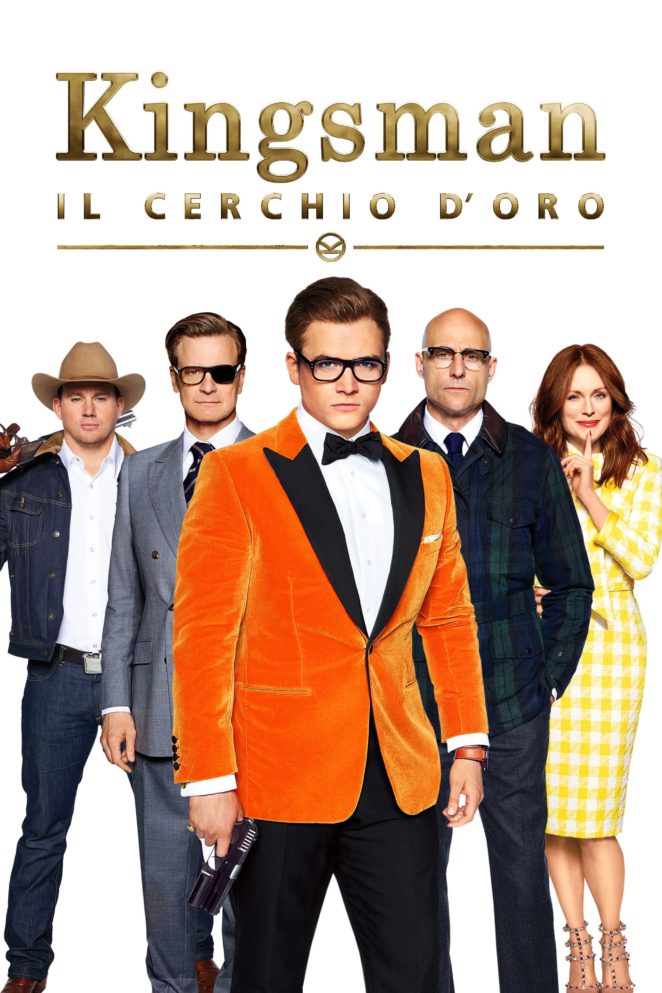 So ‘Kingsman: The Secret Service’, a good fun spy spoof from 2014 and here we all are with the inevitable follow up three years on. As with any sequel it’s judged unfairly against the first movie rather than a standalone piece and so they always get’s a gentle kicking from the critics. To boost this one up it has no less than five Oscar winners in the cast including Elton john and Julianne Moore, a rather surreal comic cameo from the chubby poster, who won a Golden Statue for the Lion King song way back. He was the last person I expected to turn up here, his first real film performance since Tommy, some 40 years ago.

It’s directed by Brit Michael Vaughan of the Lock Stock movies, Kick Ass and an X Men movie or two, but also Layer Cake fame, casting Daniel Craig as a cool drug kingpin, a role believed to have secured Bond. Michael is married to super model Claudia Schiffer. Like many of his films the screenplays are done by Jane Goldman, talk show host Jonathan Ross’s busty wife. Bit of a gossip for the girls reading Virily.com.

We pick up on Agent Eggsy (Taron Egerton) being chased by assassins through the capital at high speed in a tricked out London black cab, bullets flying and explosions galore. The Kingsman agent network has been compromised and facilities and agents are going down like flies. By the end of the attack their HQ is dust and just two agents left, Eggsy and Merlin (Mark Strong). 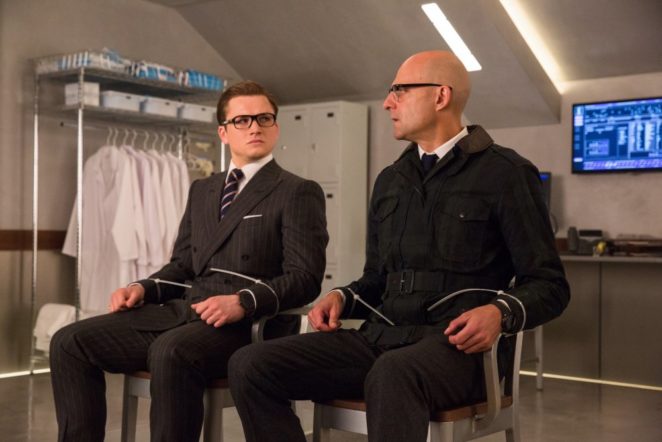 Regrouping, if you can call it that, they activate the appropriate protocol for this type of emergency, which includes drinking a bottle of whiskey. But a clue is there and soon they are over in Kentucky looking up with the American version of them, The Statesmen, headed by a cowboy called ‘Champ’ (Jeff Bridges), where they team up with top agents Tequila (Channing Tatum) and Whiskey (Pedro Pascal) in the field to workout who took out The Kingsman and what is the next threat to the world. There is also a big surprise for the reaming Kingsmen at the facility. 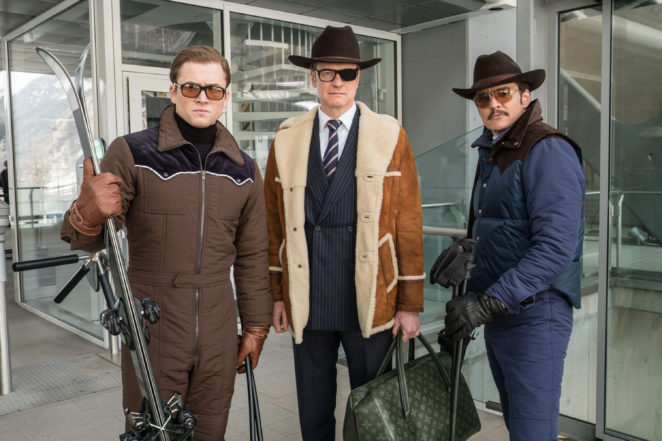 Ok, the sequel is not as good but you won’t be too disappointed watching it. Its good action packed fun and races along so the plot holes are a blur and violence slapped on like pepperoni on a pizza. The cast is top notch and although Taron Egerton’s ‘chavy’ agent is still a bit grating sending up 007 and the Man from Uncle etc it still kind of works.

This time it’s Mark Strong who holds the movie together with a bigger role as the agent’s bomb around sexy locations and those silly plotlines. There is a sequence at the Glastonbury Rock Festival that was so not needed and seemed to have been penned just to get a super models sister in the film, a one Poppy Delevingne. Rottentomatoes, as ever, where very sniffy about aspects like that in the movie and said this was more Roger More spoof than Sean Connery as just 52% of them gave this a positive rating. I personally don’t mind if these Bond spoofs are silly and enjoyed the film ‘Spy’ with Jude Law even more because of that. It is a perfunctory sequel though in many ways but just about gets away with it as a fun action movie for this Christmas on DVD. Critics can be grumps sometimes guys…