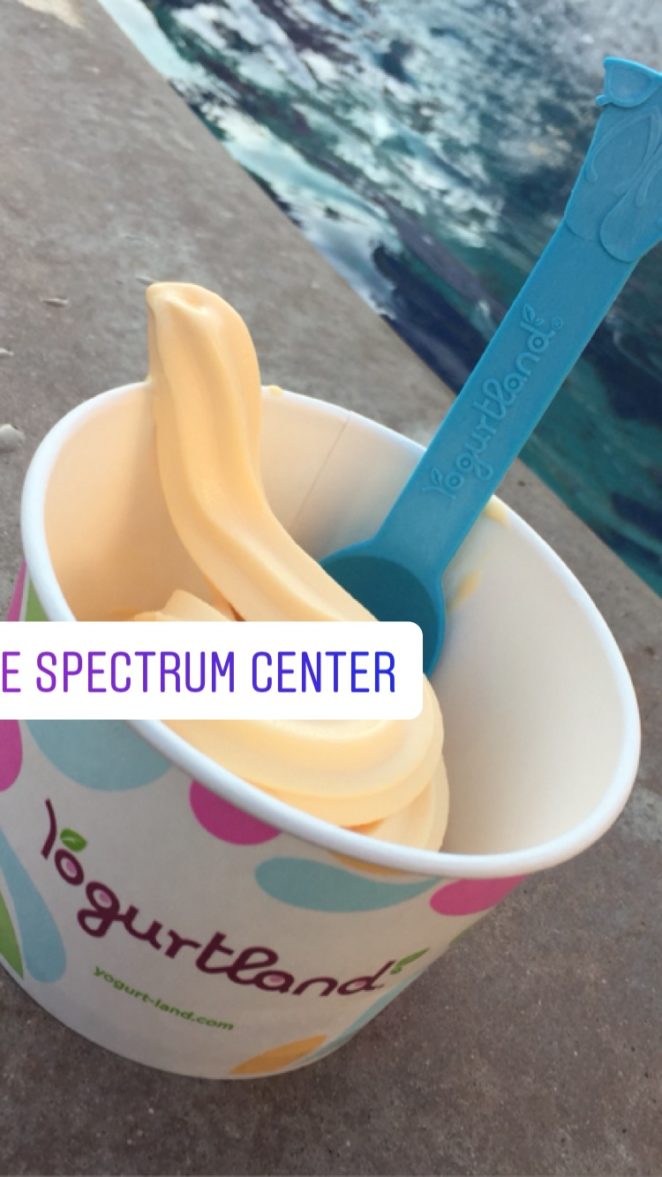 I was lounging all day today, and I am starting to feel better from all the crap that recently happened. I watched some Mad About You reruns on the indie channel. I have always liked that series. I used to watch it in the 90s, when it first came out. The couple remind me of the modern version of Lucy and Ricky in I Love Lucy, but Lucy and Ricky were actually married in real life. They are both two of my favorite TV series that I have always liked and for a long time into many years of reruns. This week, I was just reminded that Paul Reiser and Helen Hunt are going to make a new series about the Buchmanns in their old age. But I think it will be on the Spectrum Original channel, whatever that is. I don’t think I have that channel anyway.

At 7 pm, I decided to go on a light walk in my neighborhood. It was cool and nice outside. I walked across the street, and I noticed that Yogurtland is celebrating National Ice Cream Month in July for promotional purposes.

July 21st is National Ice Cream Day! So, I think on that day, they will create discounts to sell more ice cream on a hot July day.

The sky was still light, after 8 pm. But I decided to walk back home.

I added a snapshot from last year, on my birthday, where I hung out at the Spectrum Center. There was a summer event, and I ate my lunch at Veggie Grill and then an frozen yogurt at Yogurtland.