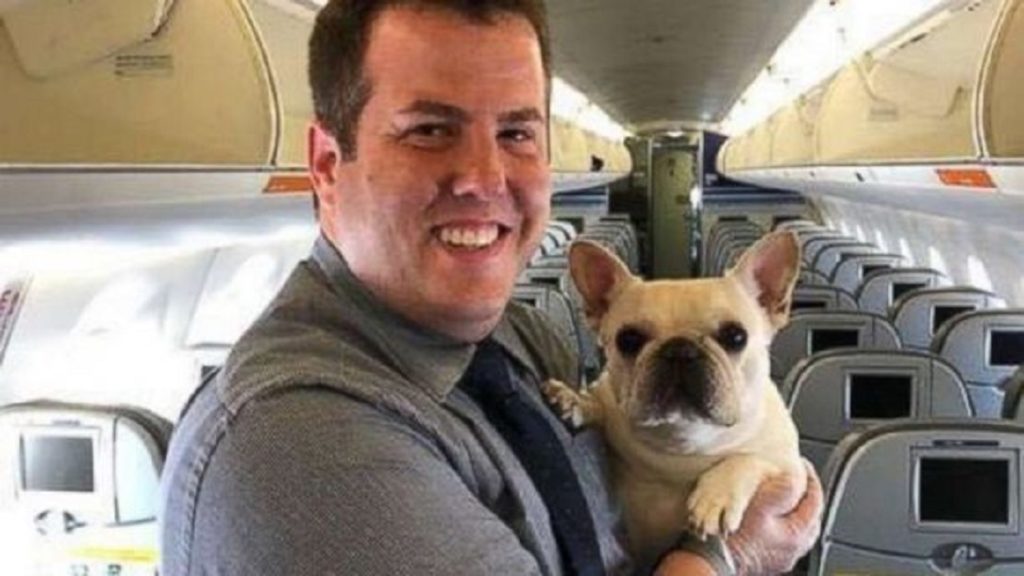 This blog is great for me to share on this site since the airline industry gets a lot of bad ratings when an animal passes away during a flight due to lack of oxygen in most causes.

Darcy who is a female French Bulldog who is owned by Steve and Michele Burt were on a JetBlue flight from Orlando Florida to Worcester Massachusetts last Thursday when Darcy started to show signs of hypoxia which is lack of air for an animal to catch their breath due to the air pressure of an airplane in flight.

Darcy was underneath the seat of Michele Burt when Darcy who was inside a pet carrier tried to get the attention of her owner by trying to get her head out of the pet carrier to signal to her owner that she was having a tough time trying to catch her breath.

Michele managed to get the attention of a flight attendant to get some help for her pet that was dying due to the lack of oxygen to breathe.

JetBlue flight attendants Renuad Fenser and Diane Asher answered the emergency call to try to save Darcy from a tragic ending of her short life by placing an oxygen mask over the nose and moth of Darcy so she could breathe some fresh air.

Then Diane gave Darcy some water and ice so Darcy could recover her senses and enjoy the rest of the flight to Worcester.

When the Burt family returned to their home in Worcester, they shared their stories of the alert flight attendants who used their skills to save her dog from ending up in the tragic news events on the national news stories.