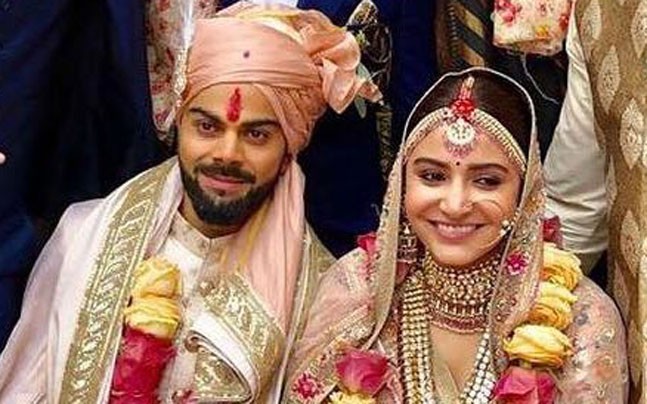 After the rumors and speculation of marriage, Anushka Sharma and Virat Kohli’s wedding, both of them have been declared to be officially closed in the marriage Closure.

On Monday  Anushka Sharma and Virat Kohli shared their wedding photos on Twitter. According to Indian media, the wedding ceremony was held in Italy, where close friends and relatives attended.

Anushka Sharma and Virat Kohli tweeted these words separately: ‘Today we have pledged to be in love forever.’

They wrote that they are sharing this news. This is a beautiful day more important than family and well-wisher and love. He wrote that ‘Thank you for being a major part of our journey.

For the past few days, the rumors of the wedding of Virat Kohli and Anushka Sharma were on the throne. These speculators were stressed at the time when Anushka, her parents and relatives left for Italy, Virat family was also leaving Italy.

It is believed that Anushka Sharma and Virat Kohli are close to each other for many years, and they are often seen together.