The Christmas season is upon us once more. This year more than other years we hear more and more of people who shun humanity because they are too wrapped up in themselves and their own problems. Of people who would rather have that extra bottle of wine on their Christmas table than drop that money into the nearest Salvation Army kettle. The wine will be drunk but in the kettle it could have done some good for those who are needy and who won’t have anything to put on their tables. Each Christmas we are reminded of humanity and the goodness it can do to reunite people through the popular book by Charles Dickens “A Christmas Carol” and of course the many different variations represented in movies and a musical.

I give you Ebenezer Scrooge an old, miserable miser who in the very beginning wouldn’t know humanity if it came up and said boo into his face. He hates, even deplores people and the very saddest thing is that his job has everything to do with people but that doesn’t matter to him. His thoughts on Christmas? Bah, humbug! Now don’t you think that ole’ Scrooge would make very good company indeed? Scrooge makes his home in London in the 19th century. A time when life was very hard for the poor and very good for the rich. When every donation could really help the poor and those who lent one another a helping hand lived a decent life. Scrooge has found a way to avoid putting himself into a difficult situation he simply pinches every penny he has and in turn makes the lives of the poor people who owe him simply miserable. 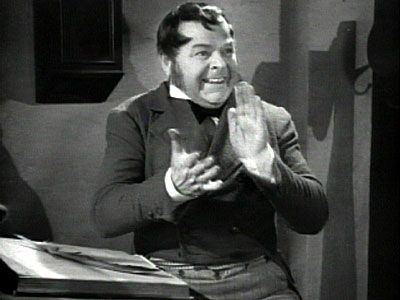 We get to look into this miser’s life right on Christmas Eve. Working away in an office which lacks any comfort we see Scrooge contentedly counting his money while his clerk Bob Cratchit works in a cold corner eagerly awaiting the moment that he can get home to his family and begin celebrating Christmas. Now mind you Bob makes pennies but he gets joy from his wife and his children and he lives poorly but happily truly enjoying life and of course people. Bob would even reach into his own pocket to give to the poor if he earned a decent wage. However he is a remarkable man because he doesn’t complain and he works for Scrooge. This particular Christmas Eve we get introduced to the cold, cruel heart of Scrooge.

His nephew arrives unafraid of his uncle and once again attempts to invite him to his home for his annual Christmas dinner party. Scrooge’s rebuff of his nephew and his scorn could make anyone cringe but his nephew leaves with a smile on his face bidding Bob a Merry Christmas. I’m sure that there are others who could relate to this situation. I know I have met quite a few people in my life that had absolutely no Christmas spirit and therefore no humanity in their hearts toward their fellow man. After his nephew has gone arrive two gentlemen wanting donations to help the poor. These gentlemen are quite shocked in discovering that Scrooge has a heart blacker than coal. When informed that a lot of people would rather die than have to go to a government funded workhouse we have his famous line, ”If they’d rather die then perhaps they had better do so and decrease the surplus population.” If at this point we are sure of one thing then it is that Scrooge in no humanitarian.

Further Scrooge feels that Christmas Day is a day for picking employers pockets because people want the day off from work. He is actually amused to see how eager his employee Bob is to receive his meager wages and excited at the prospect of having the following day free. We get to see Bob greeting his children who are waiting for him by a decorated store window and he tells them what a wondrous Christmas they’ll be having. He has no qualms over spending every last penny just so his family can have a Christmas dinner. This means so much more to him than all the riches on this earth. Then there is Scrooge making his way home feeling perfectly content after the shabby and deplorable way he treated his employee, his nephew and the two business men collecting for charity. In this modern world we know that everyone no matter how poor tries to make their home as comfortable as possible for themselves and for their families. It doesn’t matter if there are hardly any furnishings and bare floors just so everyone can be under one roof and have enough to put food on the table. We return to Scrooge who has made his way home the home he got from his deceased business partner Jacob Marley. Now Marley at this point has been dead for seven years dying right on Christmas Eve. He was a true humanitarian, not. This character for all of his miserable life exploited the poor and horded money. We see Scrooge living in shabby circumstances, denying himself any creature comforts. Into this miser’s life returns his partner in spirit. We get to see what the lack of humanity has done to Marley in the world of the dead. He appears bound and drags after him chains which make a fearful clatter. It would frighten me half to death but dear Scrooge looks upon him at first as a bit of undigested beef. Yeah, right. Marley goes on to inform him that he can escape this fate if only he will listen to the three spirits which will come to visit him starting at midnight – the spirits of Past, Present, and Future. 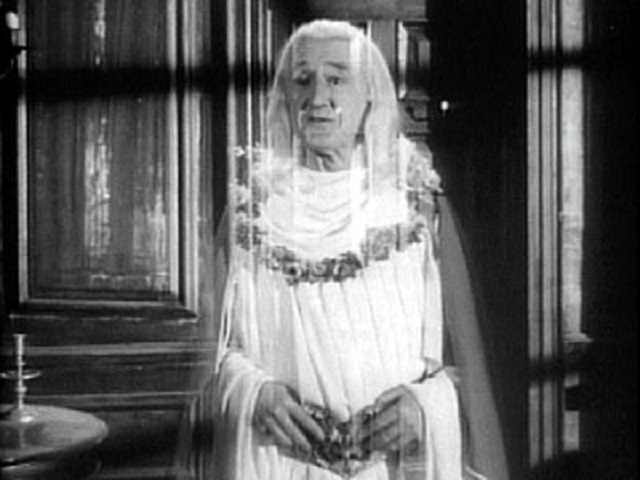 The Ghost of Christmas Past shows young Ebenezer coming from a family which lacked compassion and love for one another and in turn Ebenezer lost the feel for fellow humans. Well at least we now know where the lack of humanity began. We travel on with Scrooge and the spirit and we get to see a pleasant side of him. A time when he had a great life, a wonderful employer Mr. Fezziwig and a fiancée Belle until he became obsessed with money and became a workaholic. He also deceived his kind hearted employer. Lost the one love of his life who might have been able to save him. We see the death of his sister Fanny in childbirth hurting him so badly that Scrooge loses any love he had left for the world and of course shuns his only living relative his nephew. This trip to the past starts showing signs of remorse in Scrooge but not enough yet to give him the want to change.