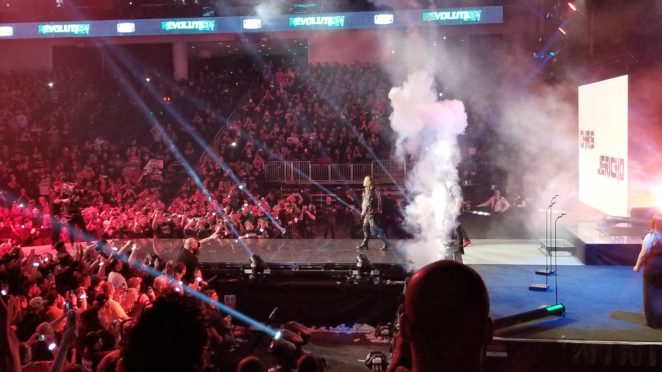 I attended my very first All Elite Wrestling event this past weekend and it was fantastic! AEW Revolution! I literally lost my voice from cheering so much during majority of the event at Wintrust Arena. And being that the event was held in the heart of Chicago Illinois; it was a relief for me because I got the chance to catch the train to the Wintrust Arena. 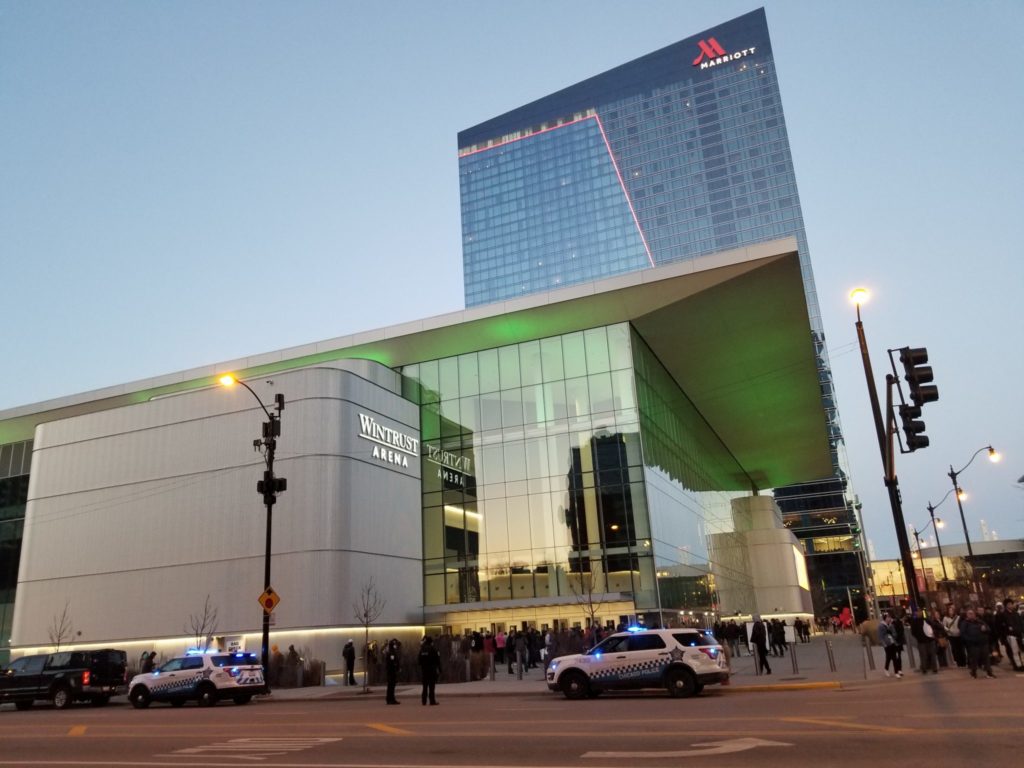 I told one of the other watchers sitting next to me that it was such a relief not driving all the way to Allstate Arena – Rosemont Illinois, which is where I watch majority of the World Wrestling Entertainment events that come to the area. When driving I literally choose to leave early in order to beat the congested traffic in the parking lot, filled with drivers that are very eager to leave. 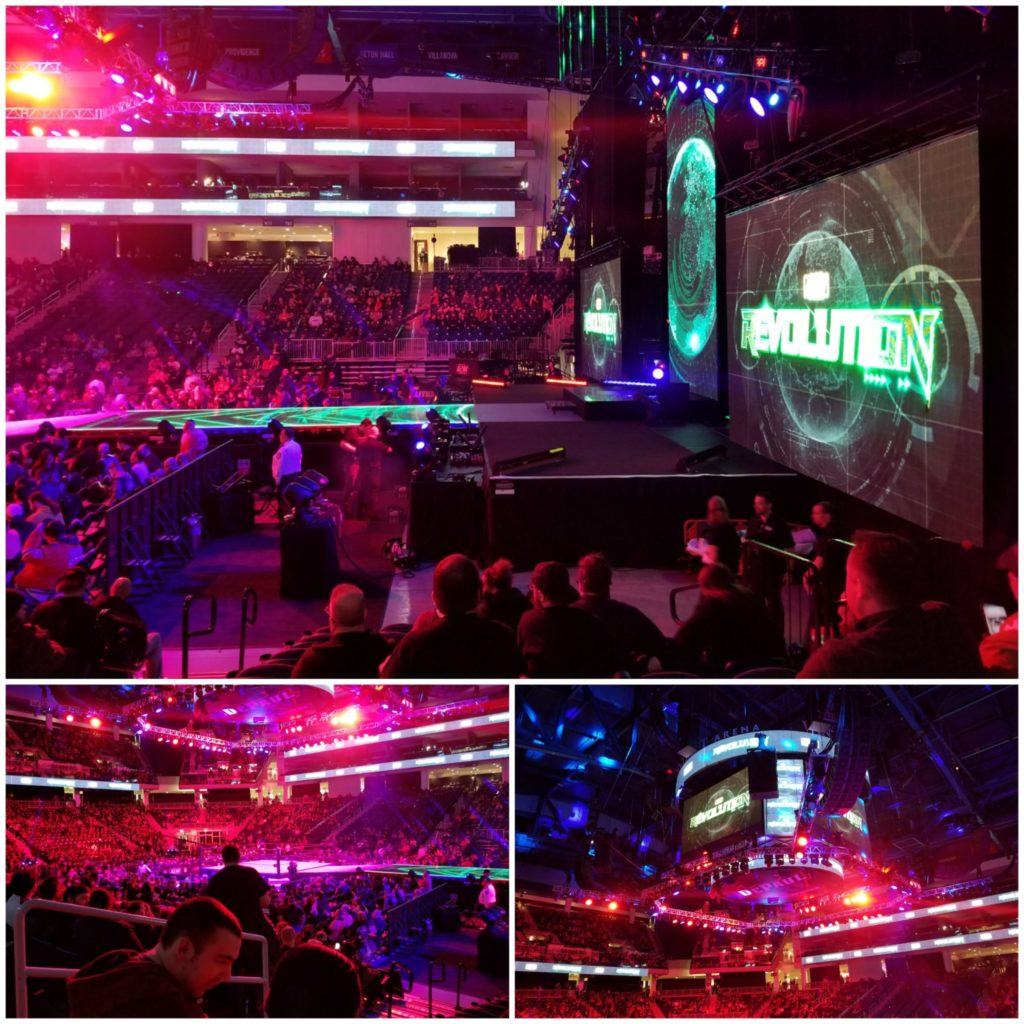 I felt that I lucked up with the seating I found off of StubHub; paying no more than $70 and ending up near the entrance ramp with a closer eye on the wrestlers in comparison to past events. But then again All Elite Wrestling performs at smaller venues than World Wrestling Entertainment which is a much larger promotion. 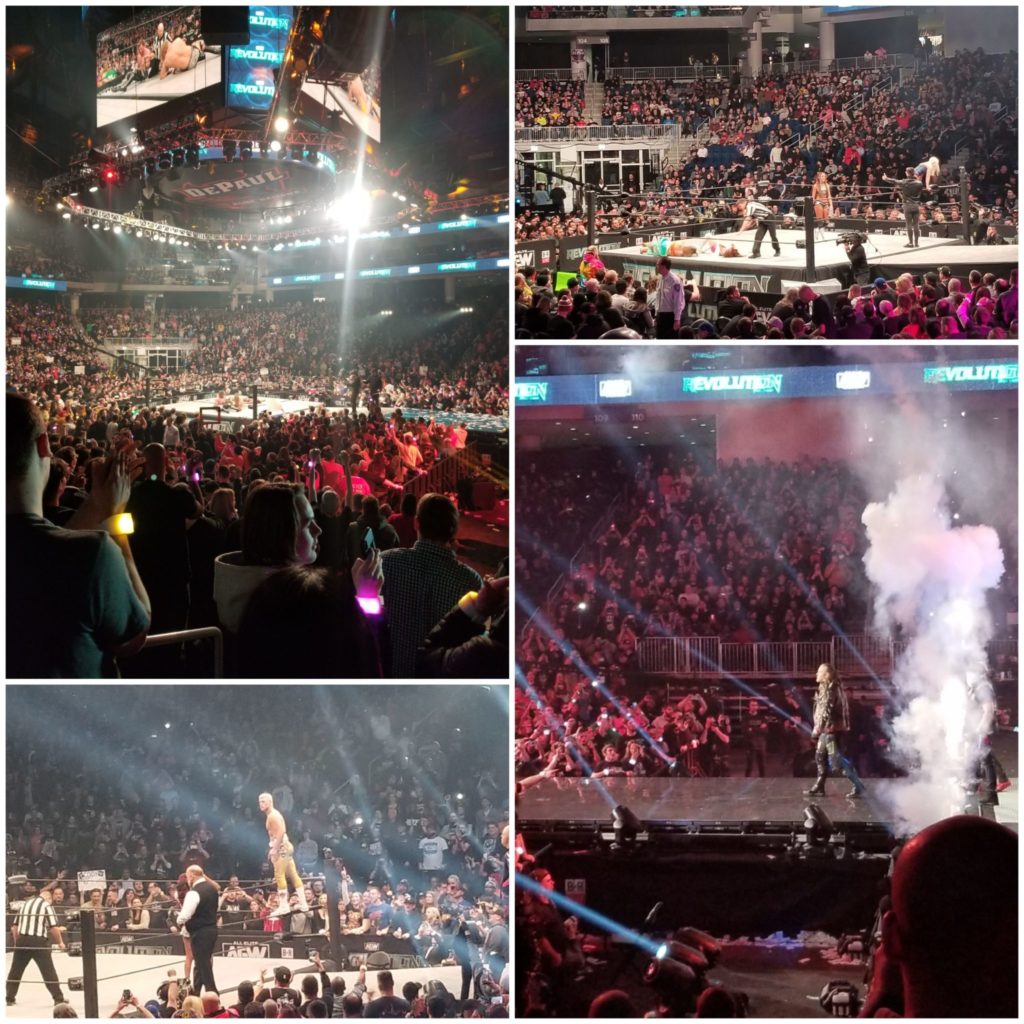 https://youtu.be/_gi8HSp1t5oOverall, I had a lot of fun and anticipate the next AEW event that comes to Chicago or Chicagoland. I even would not mind traveling outside of the state of Illinois just to attend another event. 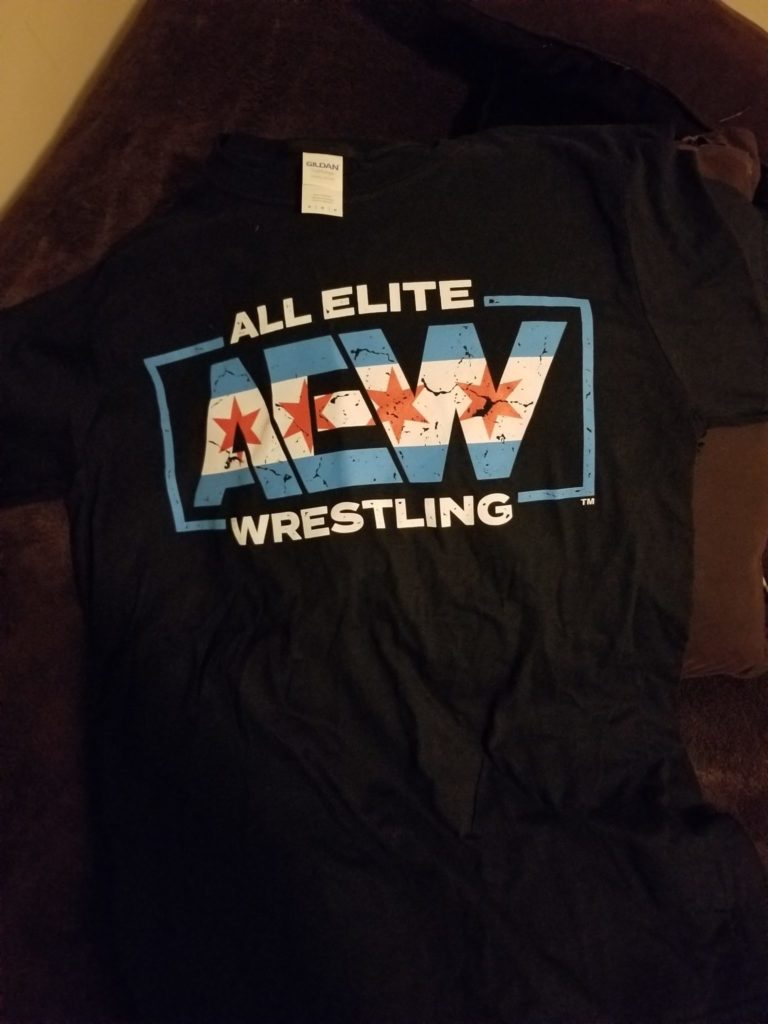 Purchased this Chicago-themed All Elite Wrestling shirt at the event. Cannot wait to wear it.