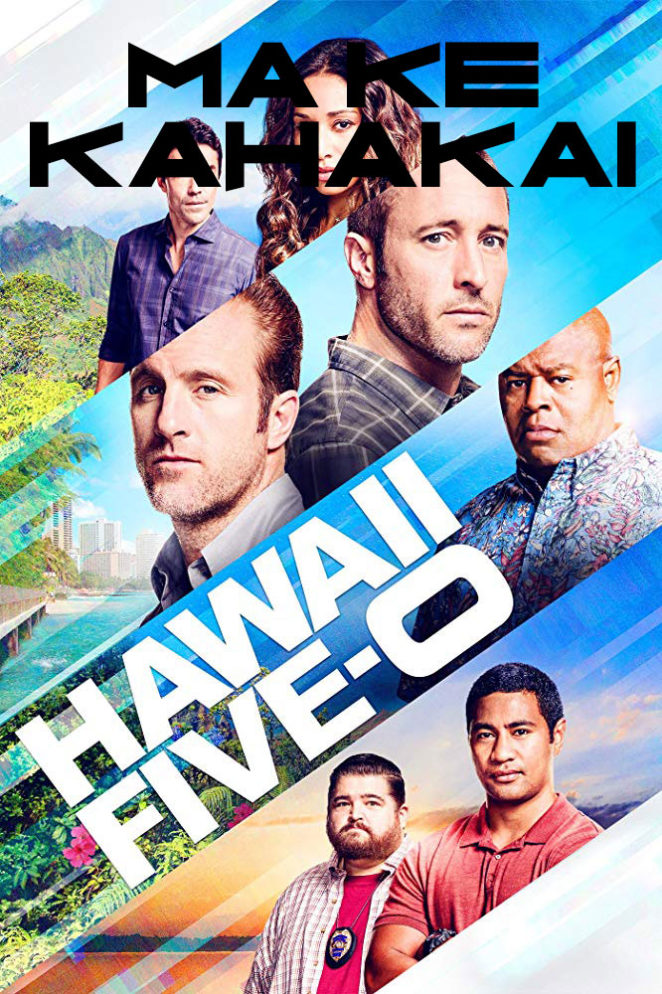 “Ma Ke Kahakai” is episode twenty of season one of Hawaii Five-0 and it begins with McGarrett and Danny going on a hike through the mountains, which is not really to Danny’s taste, when they stumble across a body on a rock ledge. The body doesn’t look to have been killed there, so repsumably it was dumped from an aircraft of some type. When McGarrett tries to look at the body, he slips and breaks an arm.

The dead man was a fisherman, so finding him in the mountains is a bit odd, especially as there are fish scales in his bullet wound. It seems he had been looking into the disappearance of a man wanted for murder.

Kono and Chin deal with some personal issues, including some related to Chin’s former problems.