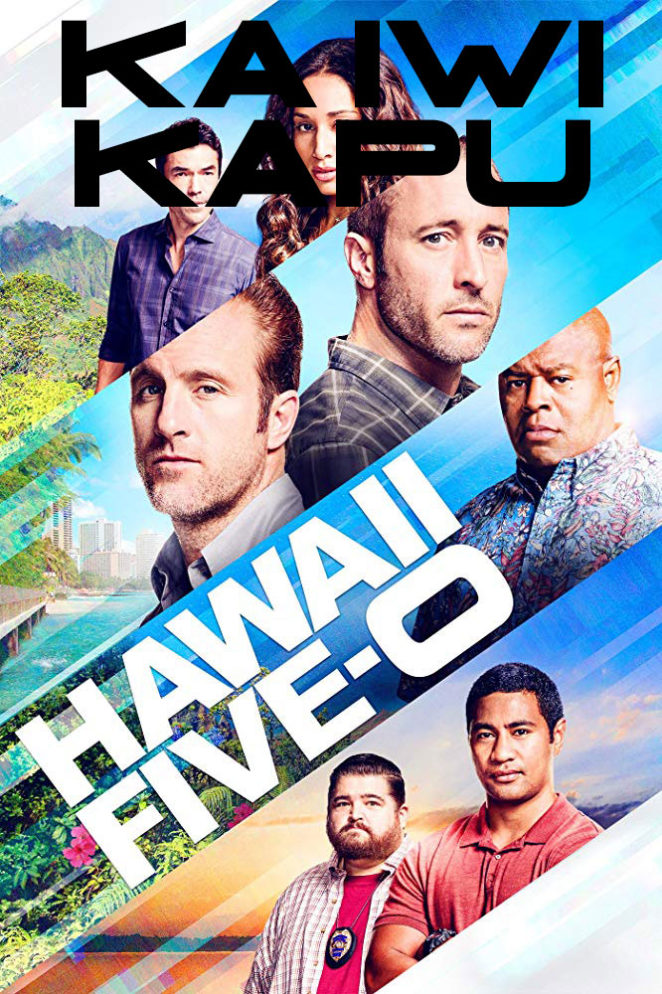 “Ka Iwi Kapu” is episode seven of season two of Hawaii Five-0 and is a Halloween episode. Two students are, on Halloween night, looking for evidence of a haunting called the ghost marchers, at some sacred ground. The initial part of the episode is like a ‘found footage’ episode, as they have a camcorder with them and are filming things. The woman finds something that makes her start screaming, then both are attacked and the camera ends up on the ground next to a twitching hand. Very horror movie.

There is a fingerprint on the scene that ties in the victims to a man with a bit of a record. The bad news is the supposed killer has been dead for some time. The initial thought is, because he was killed by a shotgun blast to the face, obliterating it, that he faked his own death, so his casket is exhumed to see who is actually inside it. Which turns out to be no-one. So they have a dead man walking around killing people. Max points out it couldn’t be a zombie, as the man was killed with a head shot.

Danny ends up getting into trouble when he refuses to wait for the crime scene to be blessed before investigating it, and the locals object by throwing a rock at his car windscreen whilst he is away. There ‘s a guest appearance by Robert Englund, most famous for his portrayal of Freddie Kruger in the original Nightmare on Elm Street films. After all, for a Halloween episode, why not get a horror star?