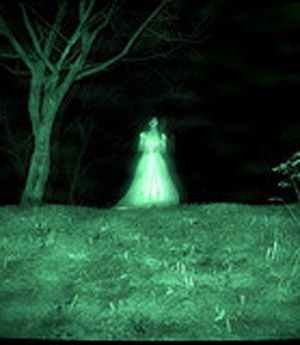 Some of the oldest names in Britain’s history books have emerged from the mists of time to appear as ghostly apparitions, more than 1,000 years after their deaths.

The renowned warrior queen Boudicca poisoned herrself in AD 62 to avoid capture after her army, the fierce Iceni tribe, was routed by the Romans. But on some mornings, early in the last century, she was apparently seen in the small village of Cammeringham, north of Lincoln, with two phantom horses pulling the chariot, with her hair and gown billowing out behind her.  The village is close to the old Roman road, Ermine Street.

When the Romans withdrew from East Anglia in AD 410,  Ella was crowned the region’s king.  He still makes his presence felt there, as the people of Horning, near Norfolk, say his ghostly coronation is re-enacted every 5 years on July 21 beside the river Bure.

The boy-king Edward was murdered by his stepmother Elfrida in AD 979 and his body taken to Shaftesbury Abbey in Dorset for burial. So many miracles purportedly happened in the course of the transportation of the body, that the boy was later known as St Edward the Martyr.  Several different witnesses claim to have seen him being carried up cobbled Gold Hill in Shaftesbury by two ghostly men leading phantom packhorses.

At Tamworth Castle, Staffordshire, the figure of Editha, grand-daughter of King Alfred the Great, has been sighted climbing the stairs to the Tower Room, wearing her black nun’s habit. Her sighs and moans have even been captured on a tape-recorder.