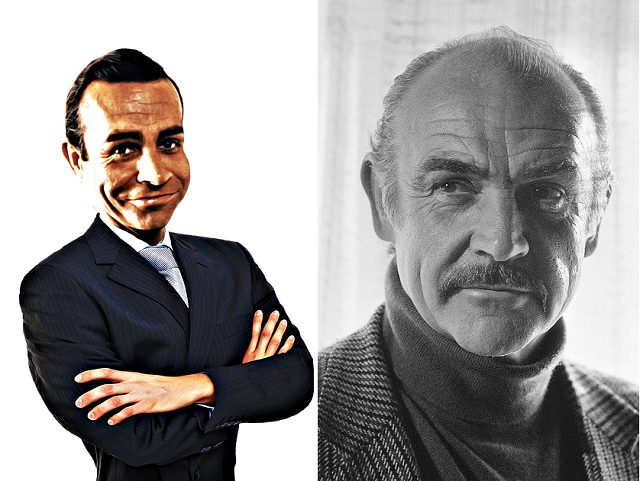 No matter what anybody says, in my mind, Sean Connery will always be“the real James Bond”.  None of the other gentlemen cast as Mr.Bond who came after him have been able to fill his shoes.

Nobody would disagree with me if I said Sean Connery is a Hollywood legend.

But one might wonder why this legend hasn’t accepted any acting roles for almost 20 years.  And don’t say it’s because he’s old!  He’s 89. (Born: August 25, 1930.)  There are a lot of legendary actors who take acting parts in their 80s and 90s.  Robert Duvall and Al Pacino, for instance.  Their fans are delighted to see them.  Even if they only show their face in the movie or TV show as a cameo, it’s worth it!

Bear with me while I take you down memory lane.

Several years ago I used to use the AOL (America Online) eMailservice.  One thing I never forgot about AOL was the attention-grabbing headlines with equally attention-grabbing images or photographs.  One day I was feeling sort of nostalgic and decided to visit AOL to see if anything was going on.  Sure enough!  There was a headline with a photo that instantly got my attention.

How could anybody ignore a picture of Sean Connery?

I had to know more.

The article was published by one of the AOL Business Partners. It names the movie and explains the reason for the “fallout” that caused Sean Connery to quit acting.

I know this is old news (2014).  But if you love celebrity tidbits and trivia, and all of the “behind the scenes” entertainment history, then you will appreciate finding out why you don’t see Sean Conneryany more (if you didn’t already know).

This article names 5 actors and the 5 movies that made them throw their hands up in the air and shout “That’s it!  I’ve had it!”

I was only interested in which movie pushed Sean Connery over the edge. That movie was “The League of Extraordinary Gentlemen”. (I am not surprised.  That movie sucked!)  It was interesting reading.  Not just about Sean Connery, but the other 4 actors ~ Richard Dreyfuss, Gene Hackman, the late Omar Sharif, and the late Greta Garbo.  (Yeah!  I know you weren’t expecting to see her name.)

I can’t say much more because I don’t want to be a SPOILER.  I know.  Iknow.  These movies are old!  Surely everybody has already seen them. Right?  But you never know.  It could be these cinematic gems slipped under somebody’s radar and they never got around to watching them.  Now that they know the movies have some “excess drama baggage” they might be interested in adding the films to their watch list just to see what it’s all about.

I will share this little tidbit about Sean Connery which is a real shocker!  Did you know that he turned down key roles in “Lord of the Rings” and “The Matrix”?  What can I say?  Sometimes people just can’t predict the future!