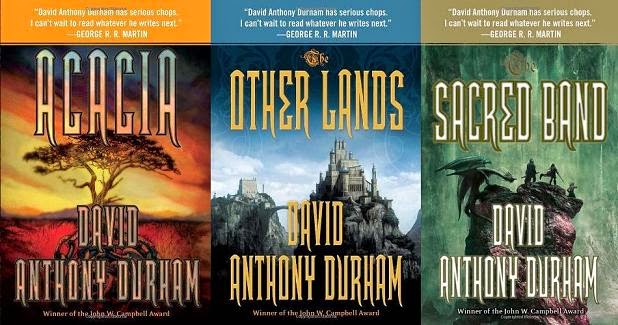 American novelist, David Anthony Durham is the author of a trilogy, which is an epic fantasy; and the name he chose for the empire in this mythical land built on conquest, slaves and drug trade is called Acacia. Even though the name of this writer did not have a familiar ring for me, it so happens his novels have been translated into eight foreign languages, and he is the recipient of ALA awards (American Library Association), and has had his books recognized as New York Times Notable Books.

Hey!  I’m not gonna give away the ending!  LOL.