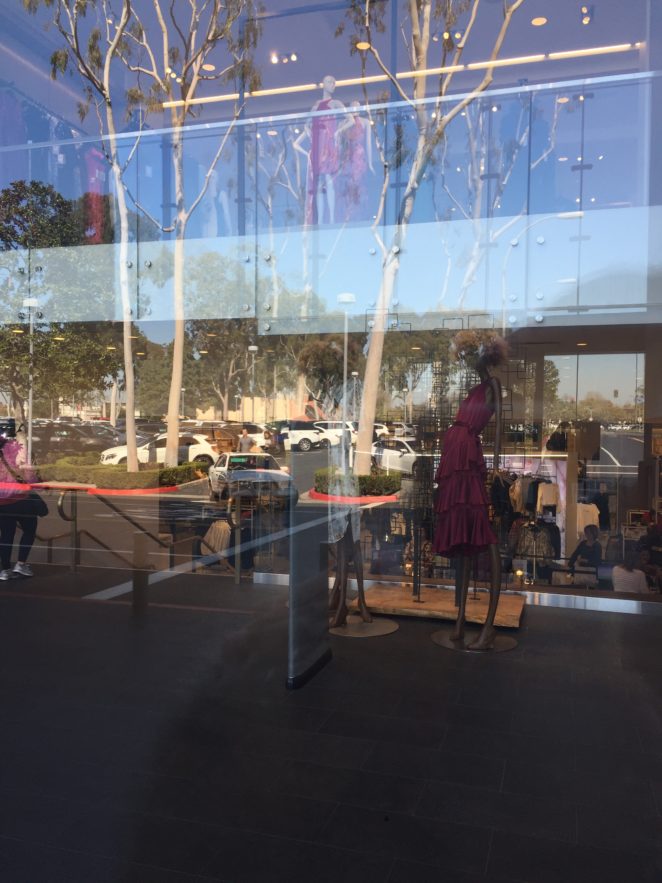 I decided to go to the Spectrum Center at 4 pm, mostly to walk around in the outdoor mall before the Improv Comedy show. I went to another Odyssey VR arcade game. I chose the water rafting rollercoaster. I was interesting because I felt dizzy like a real rollercoaster when the scene went high on the peak and dipped steeply downward. It was similar to the Matterhorn ride in Disneyland, but without digital water splashing on me. The seat kind of wiggled a little to make it feel like a real rollercoaster. It slowly went up and reached the peak, before it dipped straight down a very steep mountain. For a minute, I thought it was real, and I was going to scream. But I remembered I was at the Spectrum Center VR arcade and I just laughed. On the turns, it slowed down. At the bottom, giant green snakes and alligators came toward me, but they looked digital. They weren’t scary. When I walked out of the two-seat capsule, I felt dizzy and wobbly from the short VR rollercoaster. I walked around a little, before I decided to go to Nordstrom. I turned on my tablet, and Youtube wasn’t available this time. So, I just googled stuff. I walked around more, browsed inside an art gallery, and other stores. Then, I went to pick up my ticket at the Improv. I stood in line and chatted with others for an hour.

Inside the Improv, I ordered the Buffalo cauliflower with some carrot and celery sticks as well as some dressing on the side. The cauliflower was tasty because it was covered with hot sauce, but it was mild. I drank a lot of water, which I needed. The comedians were OK this time.

It was cold when I walked out of the Improv at around 9:30 pm. It was warm during the daytime. I came straight home. I noticed from my iPhone that I walked 2 miles and 5,586 steps at the mall.