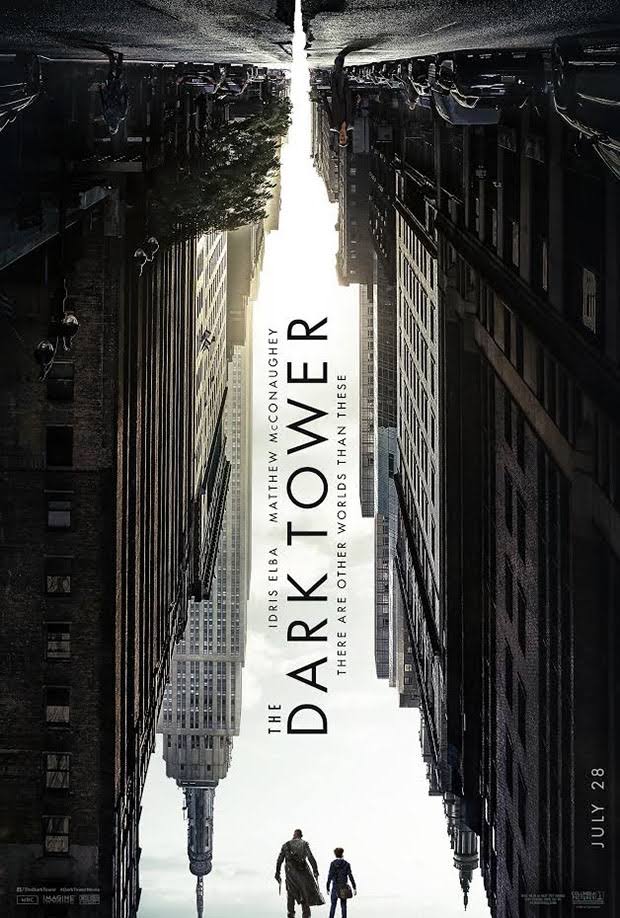 To start with, I want to apologize for making this review so late. I’ve had like a million things on my mind and haven’t really put much thought into writing blogs, much less reviews. That being said, I’ll get to the review now.

For those of you who don’t know, The Dark Tower is a movie adaptation of a popular book in a series by Stephen King. A dark sorcerer is trying to collect these special children that can be used to destroy the dark tower. He manages to find them all but a very powerful seer who has dreams about him and the last known gunslinger. He will stop it at nothing to find this boy and fulfill his plan to destroy the dark tower once and for all.

I really liked this movie a lot! It was action packed and horror filled! The characters were amazing! All of the actors and actresses did a really great job! Saw this movie about two or three weeks ago for my birthday and it still sticks with me. Especially the action packed fighting scenes! So amazing!

I haven’t read the book. I know! Such a sin! Sadly because of this, I can’t really compare the book and the movie. I do plan to read the series now. Even if it’s nothing like the movie, I still want to read it for myself! I mean I all but have to after watching the movie right?

I really am glad that I took the opportunity to watch this movie! I really enjoyed it more than I thought I would. I thought I’d find it too intense or too boring. I never expected to fall in love with it the way I did! And it’s not even because of certain actors in the movie either! Though, that did tip the scales a bit if I’m being honest! I fully recommend! I’ll be trying to get the DVD when it releases!