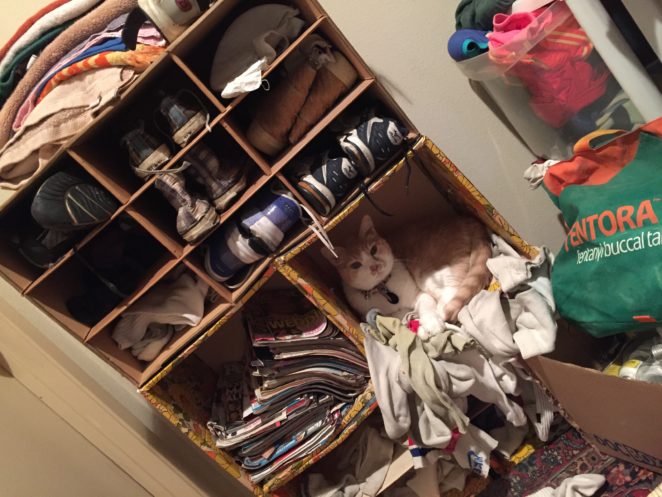 This first review is mine. I didn’t think the Cats movie was bad or great. I just thought it was interesting in a creative way because it was from the perspective of the cats, as each sings their introduction to help a recently abandoned Victoria learn about a cat’s life on the street. The setting for each scene was just as artistic because it reminded me of Wizard of Oz, Alice in Wonderland, or even an almost Tim Burton stage settings for this movie musical. These scene settings had a magical and fantasy design, depicting the cat’s life in the human world, where they all go amok, jumping around everywhere, often carelessly knocking off items from shelves and tables. Maybe that is why the human furniture and buildings as well as people looked much bigger than the cats characters, as well as the dancing mice had children faces and were very small, similar to the cockroach army, which reminded me of the flying monkeys in Wizard of Oz. Therefore, I was entertained by the whole movie experience of dancing and singing cats depicting their hopeless and sad life on the street, each hoping for a new life to start over to continue their 9 Lives journey on earth. To me, their settings were fun and fantasy like, depicting the dark city streets as well as what they do at home when they are alone. This movie didn’t bother me. I just needed to put myself in their cat perspective to understand what is actually going on, which was interesting.

I actually thought it was Taylor Swift’s best performance because I am not even a Taylor Swift fan and I don’t like any of her pop artist music. She should get into broadway musicals more because she is a better actress.

This second review explains the 2019 movie musical, which is similar to my review but he says more. The first reviewer loved the movie musical, stating that it must be experienced in person to really get the gist of it.

In this third review, they like the Ian McKellan cat the best. One thinks it is interesting because it is a different movie experience, while the other one didn’t like it at all. They agree that it is more of an interactive movie.

The fourth movie musical review of Cats was entertaining. She loved the choreography of the dancing more than the acting, although the guy didn’t like it.