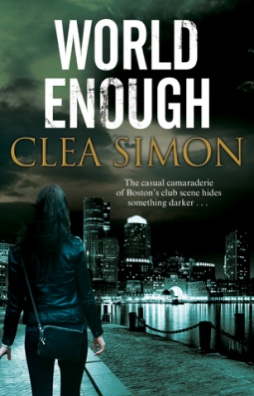 I am reviewing a copy of World Enough through Severn House and Netgalley:

The Boston club scene is a place for outcasts and misfits. Tara Winston’s belongs in this world and has been a part of it for twenty years. But now one of the old gang is dead, it looks as if he fell down the basement stairs at his home.

Tara’s journalistic instincts tells her there is something more to Frank’s death. She does not believe he just fell down the stairs, she thinks he was murdered. When she begins asking questions she begins uncovering some dark things about the club scene in its heyday. Beneath the heady, sexually charged atmosphere lurked something even darker. Another death occurred twenty years prior. Is Tara the next victim?  Find out in World Enough.

Four out of five stars!