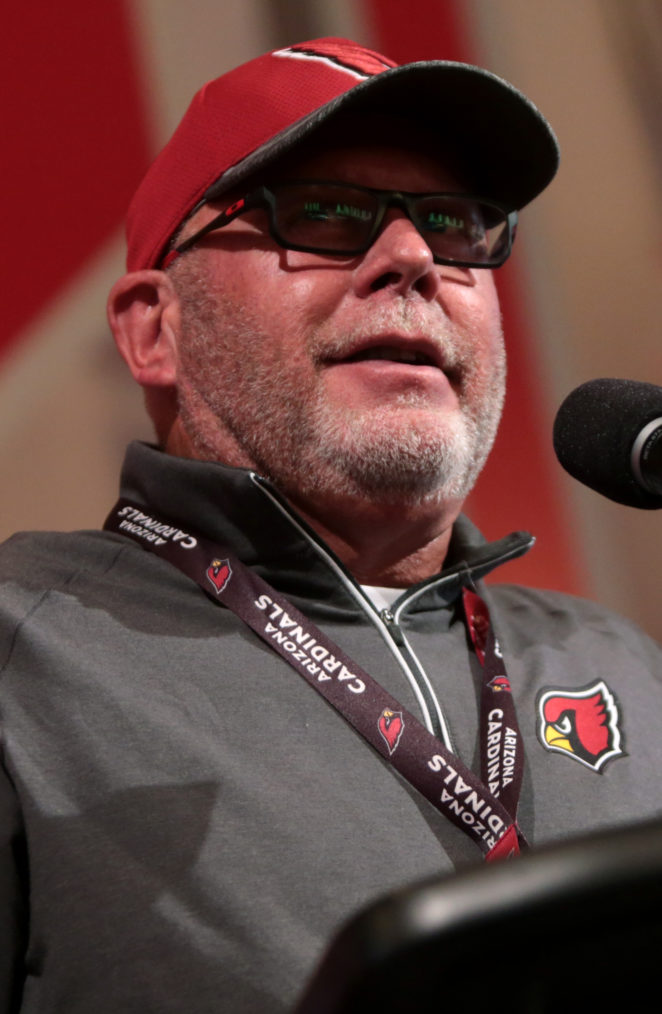 Arizona Cardinals head coach Bruce Arians who is known in the circles of the National Football League (NFL) as a the guru to the elite quarterbacks of the league believes that former San Francisco 49ers quarterback Colin Kaepernick who is currently on the unemployment line, would be successful as a starting quarterback in the NFL is he can find the right coach to work with.

Kaepernick has three strikes working against him coming back to play football in the National Football League. The first strike is that he decided to kneel down during the playing of the Star Spangled Banner before the start of football games during the 2016 football season due to in Kaepernick’s view, mistreatment of minorities by the authority figures in the United Stares of America such as police brutality.

The second strike against Kaepernick is that after the death of Cuban leader Fidel Castro, Kaepernick who was a member of the San Francisco 49ers at the time in a football game against the Miami Dolphins in Miami Florida during a talk with reporters in Miami praised Castro as a great leader of his nation despite that form of speech being forbidden in the Miami area where there are a lot of Cuban exiles living in the Miami area.

The third and final strike against Kaepernick is that football coaches in the NFL have to win football games to keep their jobs and if any football coach hire Kaepernick to lead his football team in 2017 and Kaepernick fails to lead his team to wins during the regular season and the playoffs, the owner or front office official will fire the head coach and not Kaepernick if he still under contract to the team.

In my view even though Kaepernick did say if he was hired to play football in the NFL again this year, he would stand during the playing of the Star Spangled Banner before the start of football games. There is going to be one huge obstacle blocking Kaepernick from playing football in the NFL in 2017. Many season ticket holders have told the owners of the NFL that if Kaepernick is hired to play football for their team even if he is a bench warmer, they would cancel their season tickets.

You know the saying “Money talks and the postman walks.”