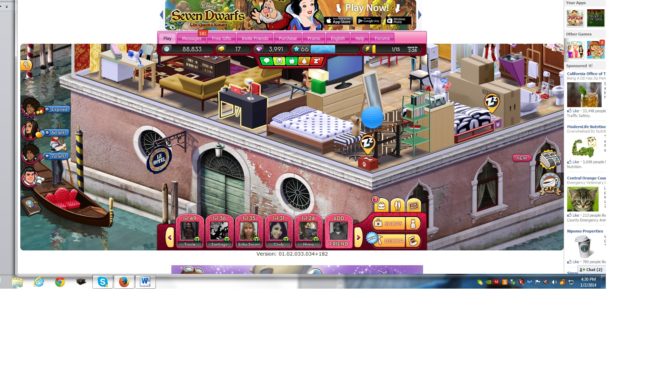 While playing the City Girl Life game, I look back at how the game has changed since I started playing. The game is a lifestyle game, which appears to be like living in New York City, where you do missions to earn coins so you can buy your first apartments, upgrade to better apartments, decorate your different apartments and dress up your avatar with fashionable outfits for different city activities. It kind of reminds me of the life of Sex in the City series but without the sexual content. All these virtual reality game apartments are made for single people, although I think two people can probably live there, if they really like each other enough so that they don’t invade each other’s space. It is hard to get a screenshot of the whole apartment layout.

The first apartment I got was in Shady Heights. It is a 500 square feet and very small apartment, the size of a college dorm, and it looks quite shady and old, located in a crappy neighborhood, across the street from a motel. It is on the 4th floor. It was very cheap and affordable, around 150 coins. But during my duration in that apartment, I remodeled it with cute wallpapers carpets and rugs, as I did more missions to save coins and upgrade to a bigger apartment. This apartment is a place that the Carrie Bradshaw character would start living in since she was a struggling freelance writer.

The second apartment I upgraded to is another small one, but bigger than the first one. It is located in Jade Gardens, which has a park view. It is 900 square feet, on the 5th floor, and across the street from a Chinese restaurant. It costed me 250 coins. But at least this one is in a better environment.

The third apartment I upgraded to is also a small one but even bigger than the 2nd one. Jasper apartment is 1200 square feet and on the 3rd floor. It costs 500 coins. I had fun decorating it until I saved up enough coins to move to a better apartment.

The fourth apartment is in Broadwalk, and it is much bigger and nicer than the previous ones. It is 1500 square feet and on the 16th floor. So, it has a skyline view and costs 750 coins.

The fifth apartment is in Langston, and I really liked the layout. It looks spacious for a 1900 square feet apartment on the 20th floor. It also has a skyline view. It costs 1000 coins. This apartment is perfect for Samantha Jones character from Sex in the City.

The sixth apartment is in the Plaza Tower, and it is a 1-bedroom designer loft. It is the kind of apartment that the Miranda Hobbs character, from Sex in the City would reside in because she is a lawyer and she has a good salary. It costs 4500 coins, and it reminds me of the Trump Tower Suite. 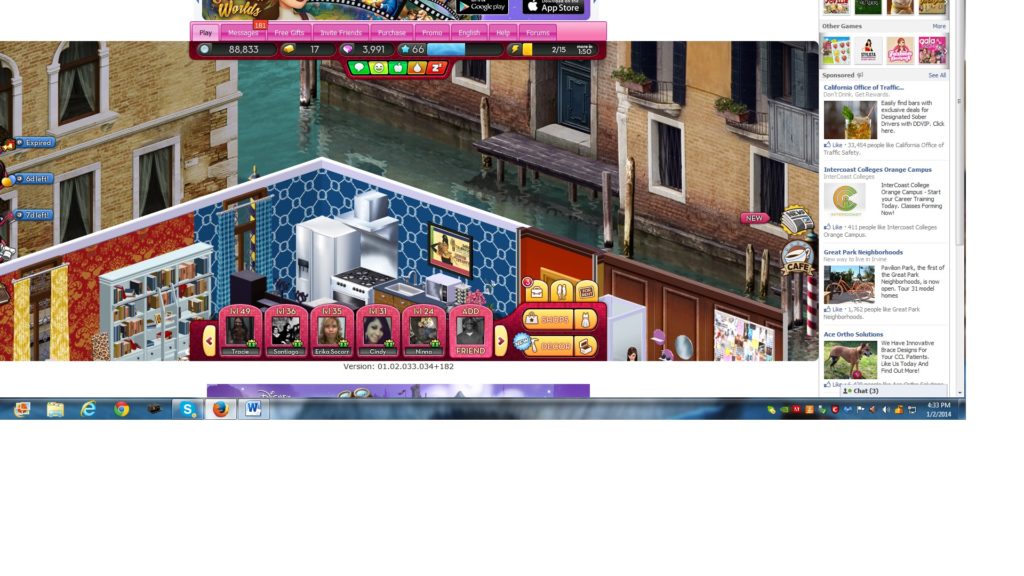 Venetian Villa is the seventh apartment I upgraded to, and it costs 7000 coins. It is a Venetian-style flat, surrounded by a canal and gondola taxis. It is a cute place to visit but not necessarily live on a long-term basis, unless you want your apartment to be an island. This apartment is perfect for Charlotte York character from Sex in the City because she is the richest character. 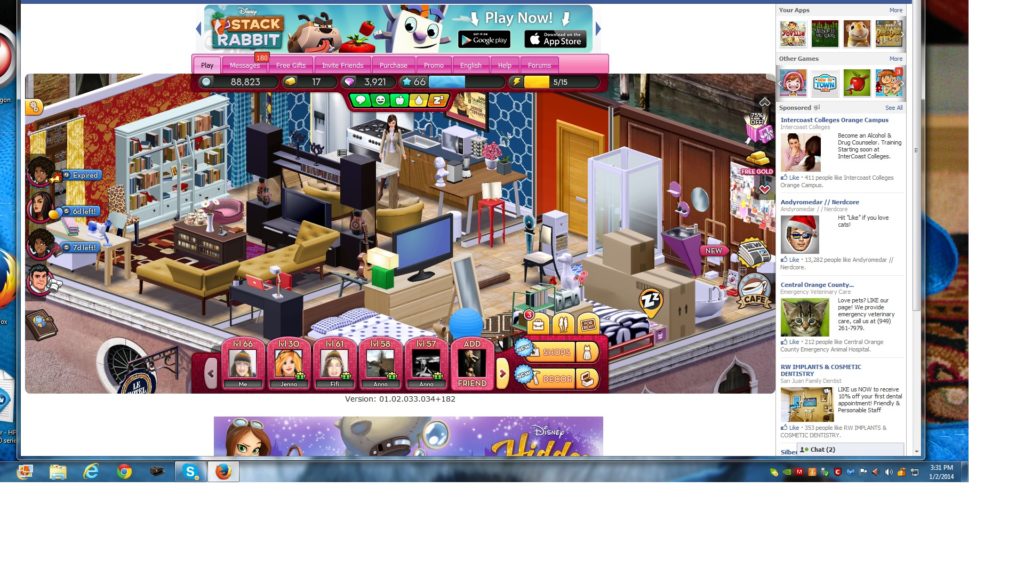 I finally moved into the Loft apartment, which is a two-story townhouse with a spiral staircase. I don’t remember how much coins but it was probably more than 7000. I am still playing in this house as I continue to do missions for shopping purposes. During this duration, players are now able to have two apartments at the same time, which is fun to decorate two places. I also got the Avalon apartment, which is a loft-like apartment with a balcony. I liked the format, and I decorated it in a cozy way, and even adding a fireplace between the bedroom and bathroom. I placed the kitchen between a cozy living room and the balcony, where my avatar can enjoy her meals in the balcony on warm days and evenings. I also have 3 pets because 3 is the maximum pets I can have. So, I have a combination of dogs and cats. Sometimes, I exchange with others in my City Girl Life inventory.

But the VIP players are likely to own many apartments in this game because they use real money. I don’t use real money in these games because it is just for fun. I prefer to use my real money for real life. I can still change my apartments to any of the other two, whenever I get tired of these two.

The first three apartments are very small, created for people starting out with their career, in which they most likely will have a low income. From the fourth apartment and up, they start to look more luxurious, located in upscale or trendy areas of the city.

I added three screenshots of the Venetian Villa because there were the only screenshots I had from the City Girl Game that were saved in my hard drive.