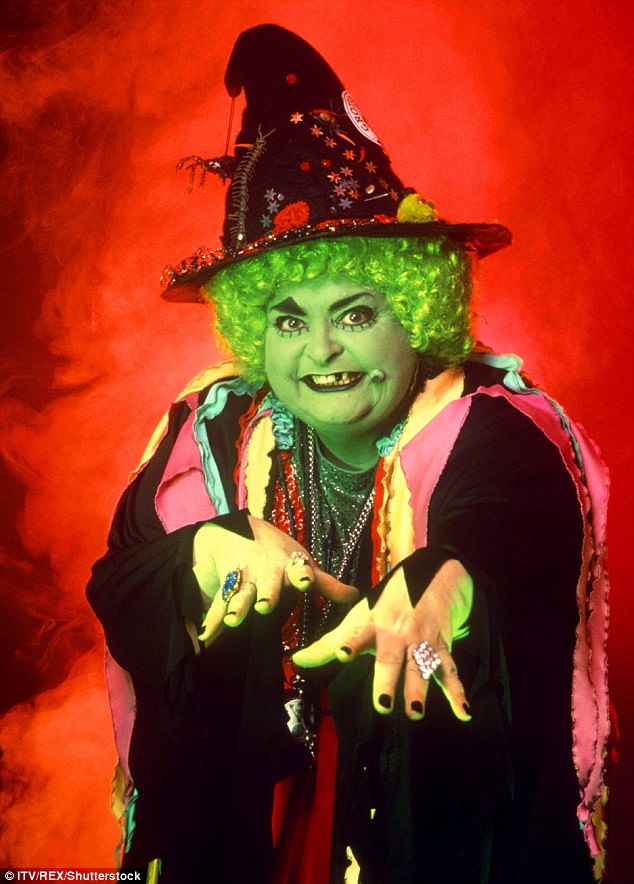 The star of Grotbags Carol Lee Scott has died aged 74 sparking an outpouring of grief among fans and her family today.

Tributes have been paid to the ‘kind’ and ‘gentle’ actress and musician who starred as a terrifying children’s TV witch for more than a decade in the 1980s and 1990s.

Fans who grew up watching her with Rod and Emu and then in her own ITV series admitted today: ‘A part of my childhood is gone’.

Ms Lee Scott’s death was announced by her niece Gina Mear, who last night said she died on Tuesday.