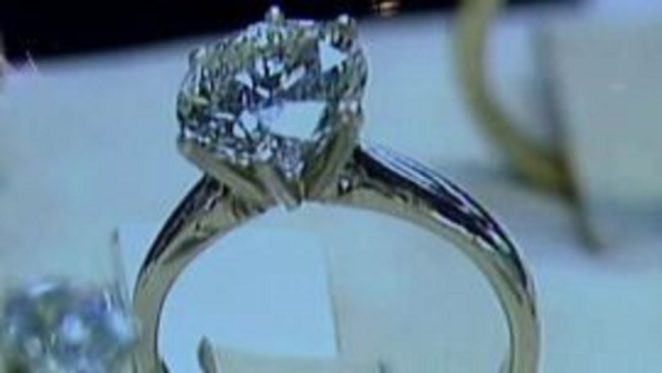 A strange story of the life lesson of “never giving up” when an object like a wedding ring that is owned by Paula Stanton who resides in Somers Point New Jersey who has the misfortune of working on cleaning her toilet nine years ago.

Paula had to feel like the sickest person in the world since her prized possession was a wedding ring to celebrate 20 years of marriage to her husband fell down the toilet.

Paula’s husband was able to give his wife a replacement wedding ring to console her depression. However without the possession of her 20th Anniversary wedding. It was not the  same feeling since Paula felt guilty that because of her error working on cleaning the toilet, her happiness was not the same.

Someone up there must like Paula since three years ago,  Paula saw employees who were working with the Somers Point Public Works Department near her home working on a manhole assignment.

Ted Gogol who is an employee with public works department told Paula that the chances of recovering the lost wedding ring were slim. However he assured her that if the employees of his company would find the ring, he would gladly return it to her.

In November Ted and the employees of the public works department found the lost wedding ring in the same area when they were working on repairing the manhole when Ted found the missing wedding.

The catch was that since the Stanton family was on vacation since it was around the Thanksgiving holidays, Ted left a note on the door of the Stanton residence that the wedding ring was found by his employees.

When Paula received the good news, she was able to receive her lost wedding ring after she polished the ring with lemon juice and peroxide boiled in water to make it look like new.

The good news of this story is that Paula and her husband are going to celebrate their 38th Wedding Anniversary in December.

Remember this life lesson. “It ain’t over till it’s over.”