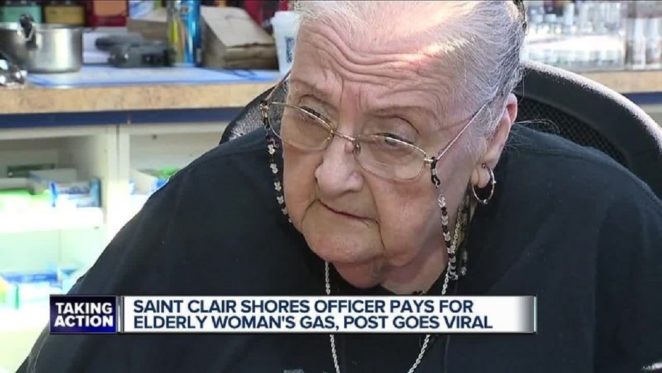 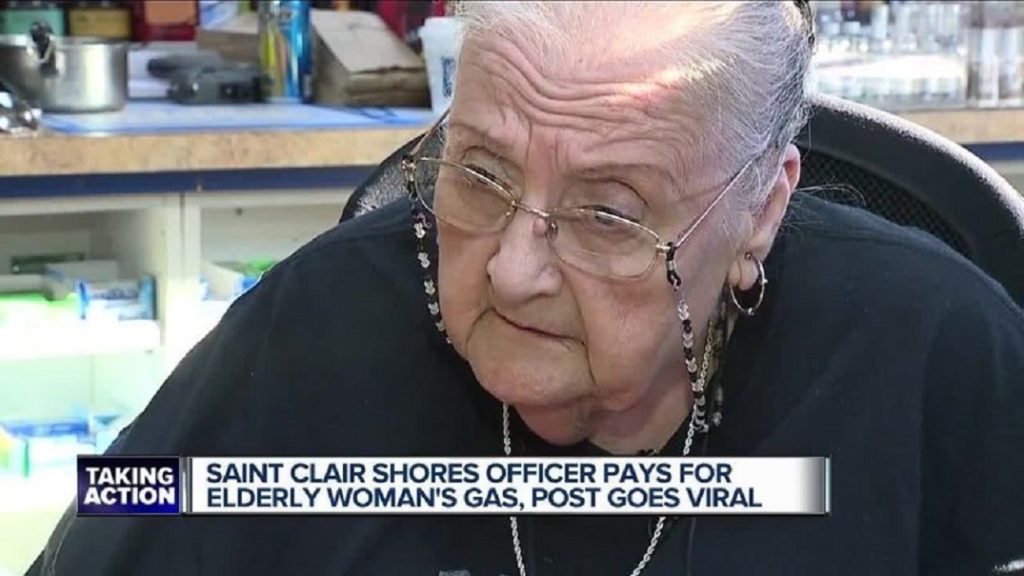 Seth Kazz who is the owner of a Citgo gasoline station in St. Claire Shores Michigan recorded the wonderful deed that a male police officer who was inside the same gasoline station when he witnessed a widow who paid $3 dollars in coin change since her husband recently which made her sad not to mention having the burden of paying the bills which has affected her finances.

The police officer whose name was not mentioned by Kazz felt sorry for the widow who used a cane to walk much less have the ability to pump the gasoline into her auto due to her medical condition, decided to lend her a hand but only pumping the gasoline for her, but also pay Kazz $20 dollars so her auto could get a full tank of gasoline as well.

Kazz recorded the good deed by the St. Claire Shores to Facebook to show the world that not all police officers are monsters who issue citations to motorists who break the laws of traffic.

The result of the great service that the police officer did for the widow was well shared on that social media which seems to be the new way of getting alternative news that the national media fail to report.

Three cheers for the St, Claire Shores police officer who is doing his duty to assist the people of his community without expectations of any rewards from the people they serve.