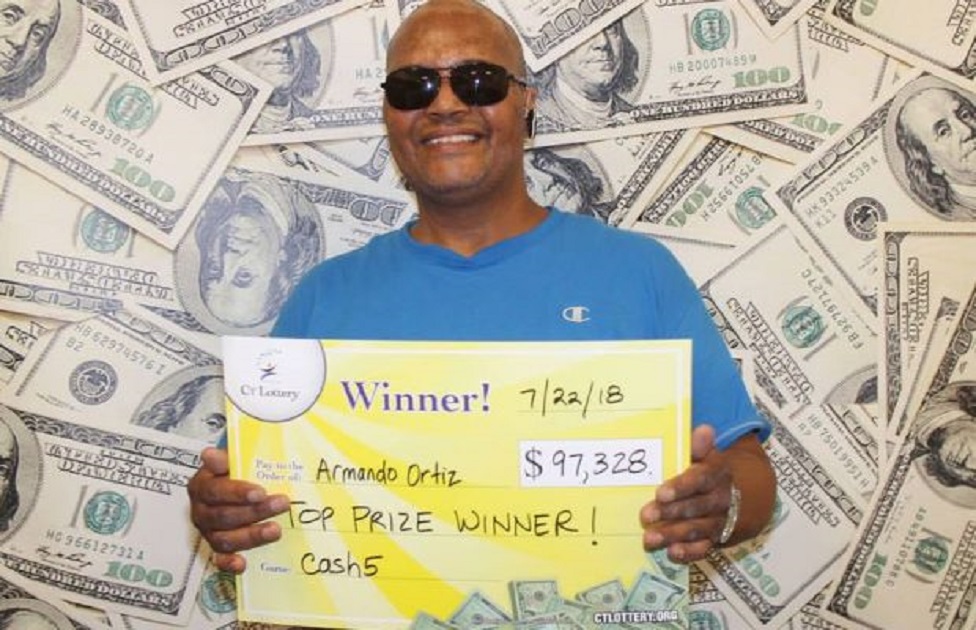 There is an old saying that goes “Sometimes it is better to be lucky than good.” In the case of Armando Ortiz who lives in Connecticut asked his mother to take down the Connecticut Lottery Pick 5 numbers on the evening of July 22, 2018 since he was not able to watch the drawing of the numbers since he was at work.

The one minor problem was that Armando thought he won $300 for getting four of the five Pick 5 numbers correctly since his mom wrote down on the piece of papers the numbers 6-15-22-28-33 which would have paid off $300 dollars from the lottery drawing.

When Armando went to a retailer to claim his $300 dollars for he thought that he won for having the four correct numbers, he thought that the retailer made an error by telling Armando that his winning lottery tickets that are on his ticket are 6-15-22-23-33 which matched the grand prize of $97,328 before the taxman would get his share.

I could imagine the joy that was running around Armando found out that he matched the five numbers on his lottery ticket after the retailer showed him the evidence that he struck gold.

The minor problem was that Armando’s mom due to her poor eyesight due to the effects of aging, placed the number 28 instead of 23.

After Armando pays the taxman his share of his winnings, Armando mentioned that he will repair his auto, give his relatives some of his lottery winnings and what remains will go into a saving bank.

I wish Armando the best of luck of handling his new found good fortune in winning nearly $100,000 in the Connecticut Pick Five game since he will have some “friends” that will see him as an automatic teller machine.