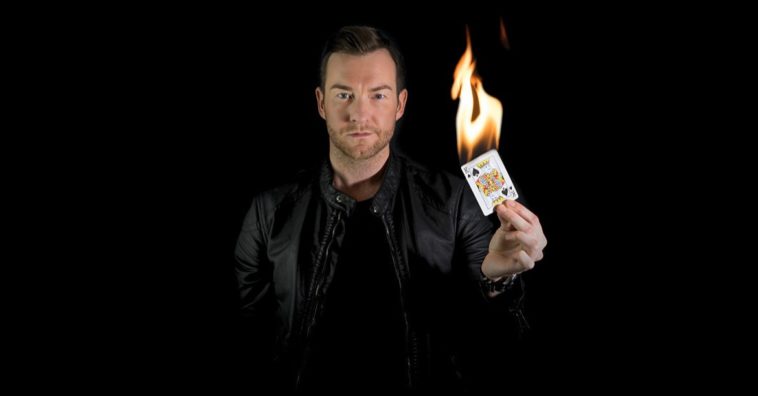 Have you ever thought about becoming a magician? I did, some ten years ago. I had seen this amazing magician on TV which really caught my attention! I just didn?t know anything about where to start. Back then, there was no such thing as internet ? at least not in any form that I had access to. So I went to the local library, and got ?Houdini?s book of magic?. I went back home, thrilled to get started learning magic. I sat down at the kitchen table with my black hat, playing cards, coins, rubber bands and my magic wand. I was ready. I opened the book and skipped pages until I got to the first explanation. To my surprise I realized that the illustrations in the book were pictures of a guy also sitting by a kitchen table! This was not identical to my imaginary picture. I was pretty sure these guys were up on huge stages, putting females into boxes with the intention of sawing them in half. Not sitting in the kitchen, wrapping yesterday?s newspaper around a yellow ball, trying to make it look like he could push it through the table (which he, in my mind, didn?t succeed with). To tell the truth, I was disappointed. The same went for all the other tricks in the entire book. Furthermore, I had the same feeling with every magic book I looked up at the local library or any other library for that sake. Theses book just didn?t do it!

I had heard rumors about this guy Houdini and I was sure that he was a fairly cool magician. A least I was sure he was doing more impressive stuff than what I could ever learn from this book! So once again, I was stuck. Then one day I went with my parents to this amusement park where there was a magic shop. They actually sold the tricks I had seen on TV, such as the linking rings etc. I spent all my savings on magic props. I had a thousand questions for the owner of the store, and probably because I was his best customer, he gave me some useful tips. I told him I was going to spend my holiday in London, and I asked if he could recommend any specific places to visit. He told me about this magic store called ?International Magic?, which had the exact things I was looking for. About one month later, my family and I went to London. A short while after checking in to our hotel, we were on our way to ?International Magic?. This was an amazing experience and I was hooked! A lady working there told me about a magic store in Denmark called ?Pegani?. When I got back home, I quickly became a loyal costumer at Pegani. The owner of this store, Steen Pegani, had all the information I needed. I became a member of a magic circle close to my home city Billund. I went to the world congress of magic, FISM, in Dresden. And here I am ten years later, still hooked!

However, I found this process convoluted and slow. The Internet sure has made this a lot easier, for everyone seeking to learn magic. Still, if you are new in this area, I have a few tips you might find useful.

1: Read: What is the first thing you do, every time you want to know something about a new topic? The same thing you are doing right now. Read! Read as much about magic as you possible can get your hands on. Not just effects and the following explanation. Read about the history, about different magicians, the different styles of magic, anything. This will make everything afterwards easier and more exciting.

2: Choose your style: Decide if you are more into close-up magic, stage magic, illusions, Mentalism, etc. Why is this important? Well if you care about your money, this is probably the best tip I can give you! See when you get into magic, you will find a dozen of magic tricks, you just feel you really need to know how works. Just like when you see David Copperfield doing a show. How much would you be willing to pay to know the secret? Too much! I have spent too much money on different effects that are actually pretty cool, still I have never used them. Why? Because they just don?t fit my style. Pulling rabbits out of a black hat just doesn?t go along with card tricks. That?s it.

3: Get to know other magicians: This is the best way to keep yourself motivated. Seeing other magicians do magic, showing them your own tricks, getting feedback, learning new tricks, and so on. Socializing with magicians is the best. Besides, they are pretty much the only guys you can practice with! You cannot ask your friends to watch you perform a magic trick and give you feedback the same way you can ask a magician. Unless you are giving a very poor performance, your friends will not and should not have any clue what you really doing.

5: Watch out when buying magic effects: You are on your way into a world of magic and expensive props! Sooner or later you are going to start shopping magical props. You will see the most amazing ads for different effects, and this stuff is not cheap. But watch out and don?t let yourself get caught by the promising ads. This is the only business I can think of, where the customer can?t be told what he?s buying before he has paid for it. Too often have I tried opening the package only to realize that this isn?t close to what I was hoping for. You will get a disappointing feeling, since you cannot argue that the effect description is incorrect, it just might not work very well in real life.

6: Buy books/DVD?s rather than pre-made effects: One way to learn new effects is to buy a pre-made trick where you typically get some plastic gadget and an explanation. One company known for these kinds of tricks is Tenyo. Most of these effects are somewhat automatic, so the magician can focus on the performance. However these tricks are about as un-magical as they possibly can be. The plastic makes them look and sound cheap. No matter how good a performance you give, it will be difficult to impress people with such a toy-looking peace of magic. However, it is still possible to buy cool packet effects. Recently I bought a trick called hopping half which I have been really pleased with. This is an amazing effect using quality precision made prop. It is expensive though. So my advice is to buy magic books and DVDs instead of these pre-made tricks. Here you will get a lot of cool effects, and often something you can do without spending a fortune on extra props. I plan to start writing reviews of magic books and DVDs which I recommend on my other blog, JakobRecommends.