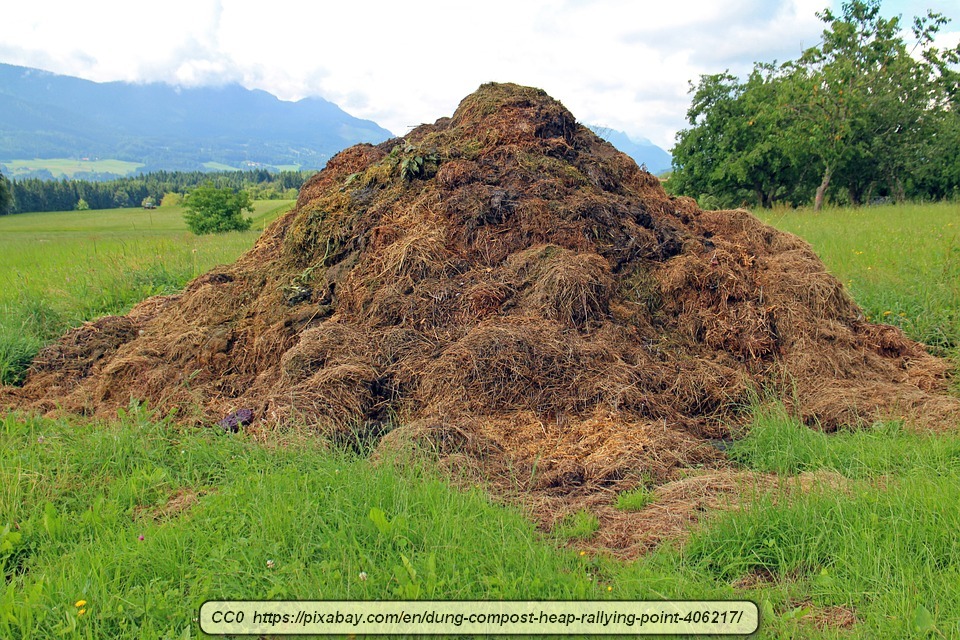 When people think of compost piles, they often think of a traditional heap that is four feet long, four feet wide, and four feet deep or simply a pile. Since a similar space is usually required in order to turn the pile, the area required would be 32 square feet, with a volume of 128 cubic feet. Suppose I showed you how to do the same job using much less than a tenth of that amount of space? It really isn’t hard to make a space-saving compost pile. 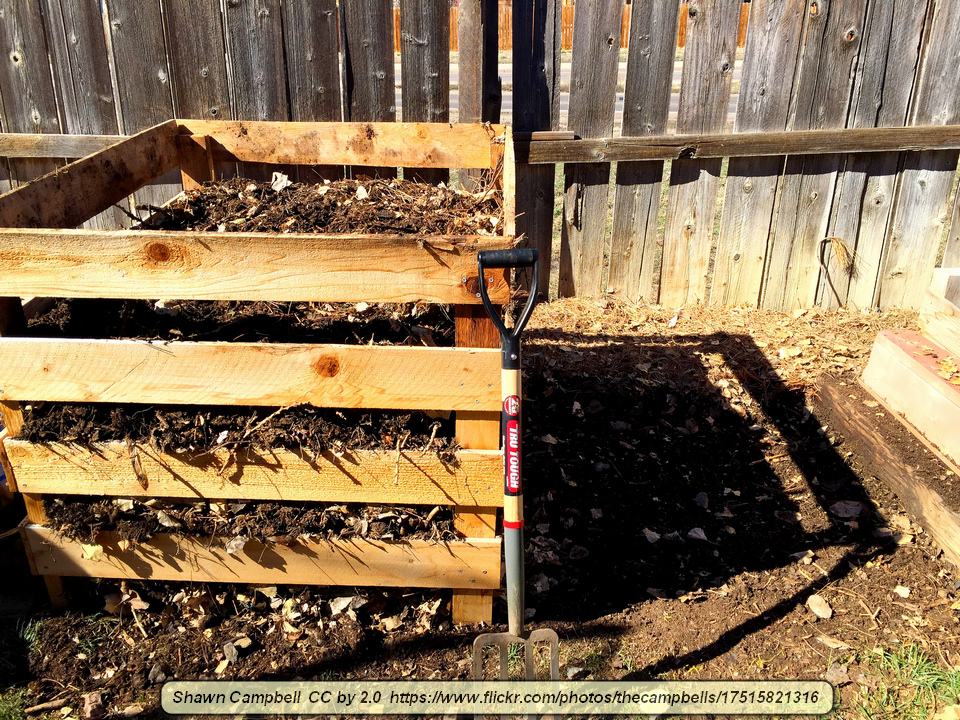 There is a reason that a traditional compost pile is 4x4x4. When plant matter is stacked that high, the decomposition creates a great deal of heat. It isn’t uncommon for interior temperatures of these compost piles to reach well in excess of 140 F. It is for this reason that this type of composting is called ‘hot composting’. 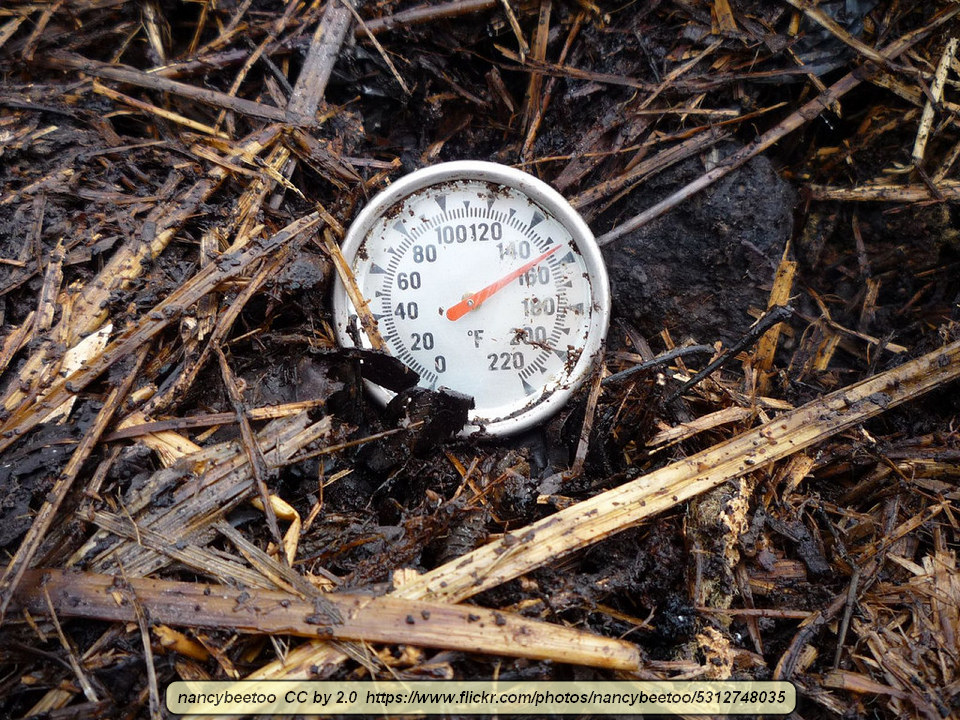 The heat is generated by the action of bacteria on the decaying plant material. The decomposition is rapid and the heat is often great enough to kill weed seeds, though a person shouldn’t count on this. Only when the pile has cooled down do the majority of yeasts, worms, and invertebrates get to work breaking the material down even more.

A properly maintained hot compost pile can yield finished compost in as little as three or four months. 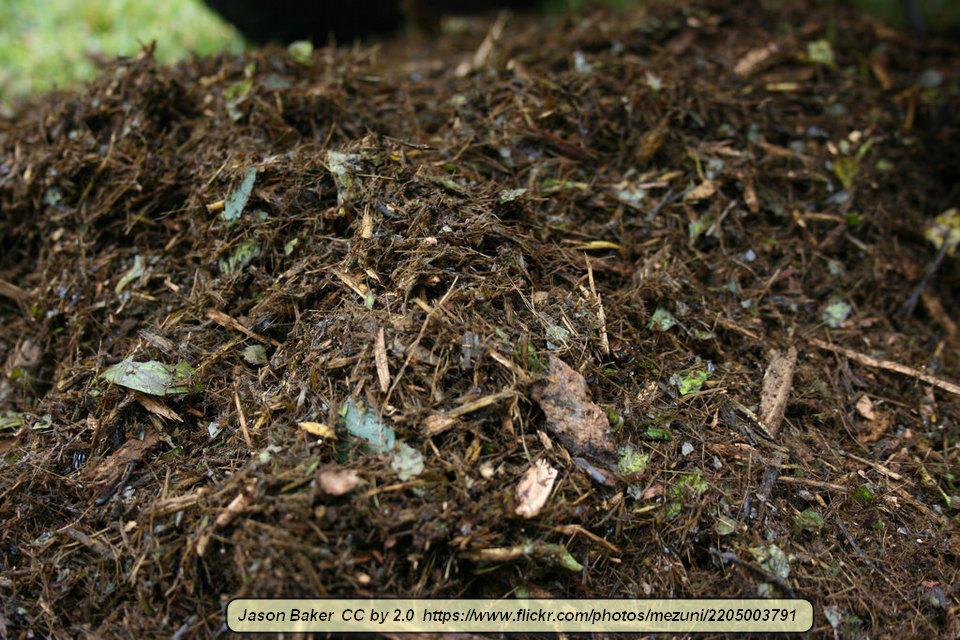 The space-saving composting method mentioned here uses the other kind of composting; cold composting. In cold composting, although some heat is generated in the middle of the compost, the temperature gets nowhere near as high as in a traditional pile.

This means that cold composting takes longer, relying mostly on the action of yeast, worms, and invertebrates to do the work of decomposing the plant material. Bacteria are also present, but not overwhelmingly as in a hot pile. A cold compost pile can take 9-12 months to produce finished compost and more care must be given in regard to what is put in the pile because internal temperatures don’t get great enough to kill weed seeds.

However, the much smaller area that this method requires is a trade-off for the greater time that is involved. 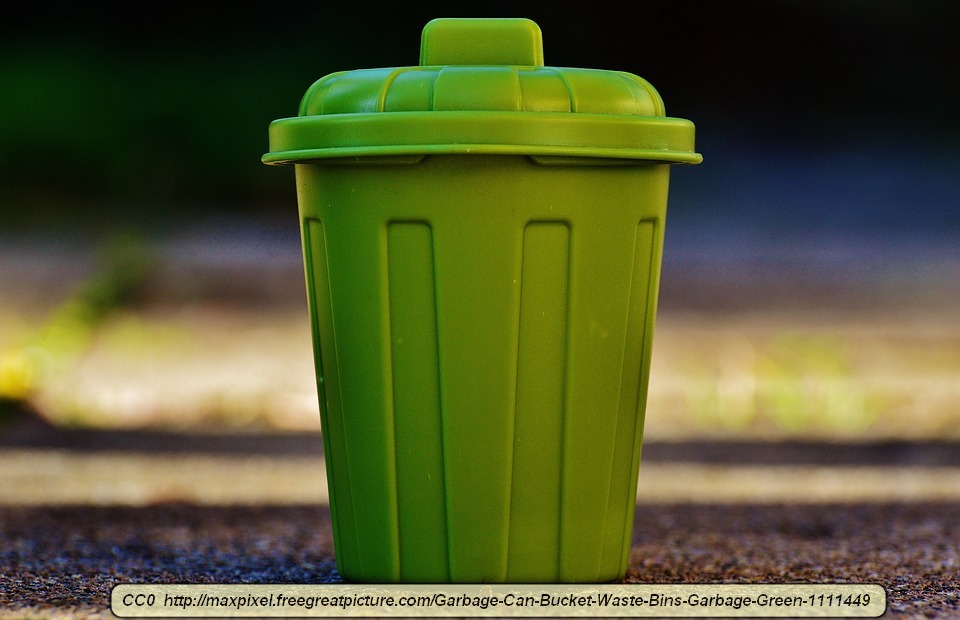 A key is to drill 1/4 inch to 1/2 inch holes in the bottom and sides of the garbage can. This allows air to get into the pile while allowing excess moisture to escape. It also lets worms and other helpful creatures to get into the decomposing matter.

If two garbage cans are used, the contents of the working compost can be periodically dumped into the second can to simplify the task of turning the pile. For this reason, the cans shouldn’t be filled much more than half full. The decaying plant material can become quite heavy when it is damp, as it should be in a working pile. If the cans are totally filled, you may have difficulty transferring the contents from one can to another without scooping.

This method does take longer to produce the compost that can be used. However, it doesn’t take up much space. Turning the pile takes less time and effort if the cans are only filled half full. It isn’t even an enormous undertaking to move the compost from one location to another like it would be if you were using a traditional compost pile. The effort to turn the pile and to get it uniformly damp is also far less than with a traditional pile.

The space-saving compost method has been the one we’ve used for the past decade. In that time, we’ve moved four times, yet it is a simple matter to get the compost going again after a move. The finished compost is also as good as the compost that comes from a hot compost pile. It just takes longer. 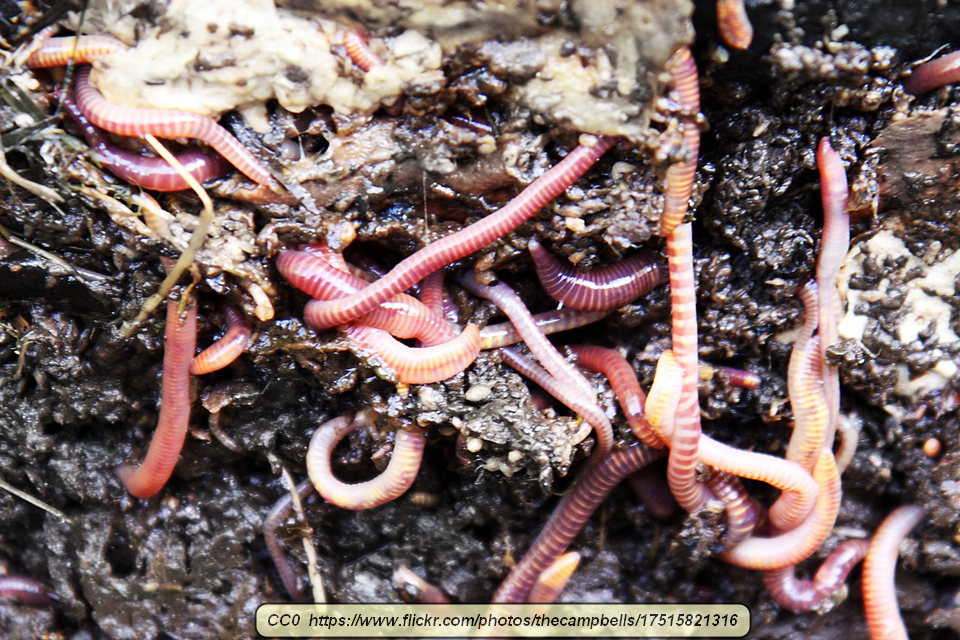 As a final tip, if the compost doesn’t seem to be breaking down and there are no worms present, stir in a single packet of baker’s yeast. This can jump-start a compost pile, stimulate bacteria, and worms are attracted to the yeast, which they eat. If the compost is working properly in the garbage can, there should be plenty of worms.

I might mention that the working compost is also less unsightly since it is contained in garbage cans.