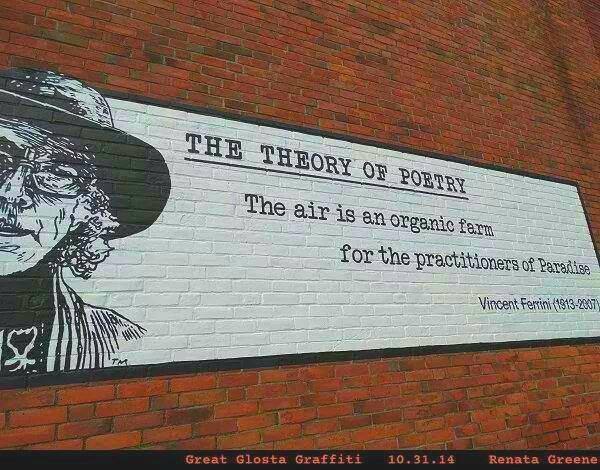 I had first been introduced to Vincent’s poetry at Mac Bell’s store “The Glass Sailboat” in 1973. I purchased a copy of The Hiding one, and became an instant fan of Gloucester’s Poetry bard. The following year Ferrini did a reading at a concert at Fitz Hugh Lane Park. I was sad to see so many kids booing him, unable to understand his esoteric verse and impatient for the rock n roll to begin.It was a sad indication that many of Gloucester’s young people couldn’t understand the… resources around them.

Vincent clearly didn’t lose patience with the kids, because 3 years later he was doing writing workshops at Gloucester High School, aimed at high school & college age kids.I had been friends with his late daughter Mimi but had never met the poet  until that evening. Vincent would later correspond with me & dedicate a  poem in his book Know Fish II to me. He was an inspiration & one of Gloucester’s great souls.