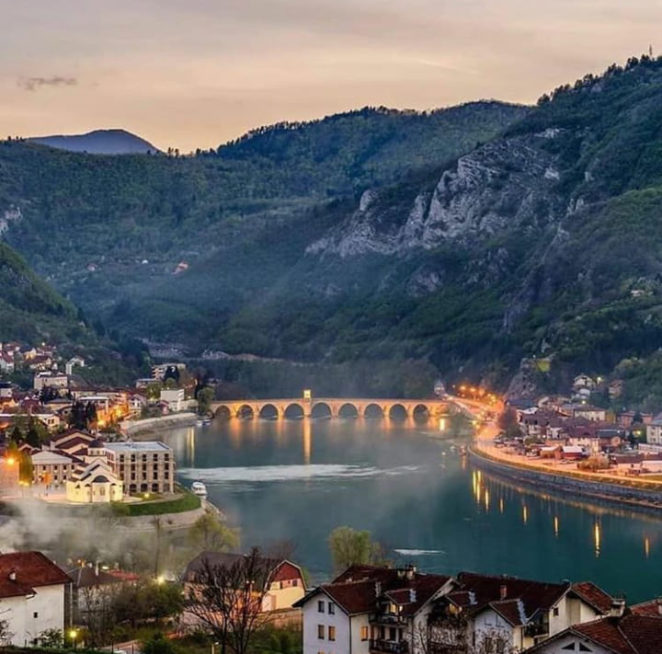 Višegrad is the capital of the eponymous municipality in eastern Bosnia and Herzegovina on the Drina River. The city has about 6,000 residents, and municipalities around 23.200 inhabitants according to the census of 1991. It is located in a large valley of the Drina River, on the hilly slopes gently rising high into the mountains over 1000 meters. Višegradska basin is one of the few extensions to the Drina River, which consists partly of high cliffs and mountains. At the point where the mountain which form narrow and deep canyon Drine separated into a large basin, as rock 500 years old with a bridge 11 a wide range of arcs, all known as “on the Drina”.