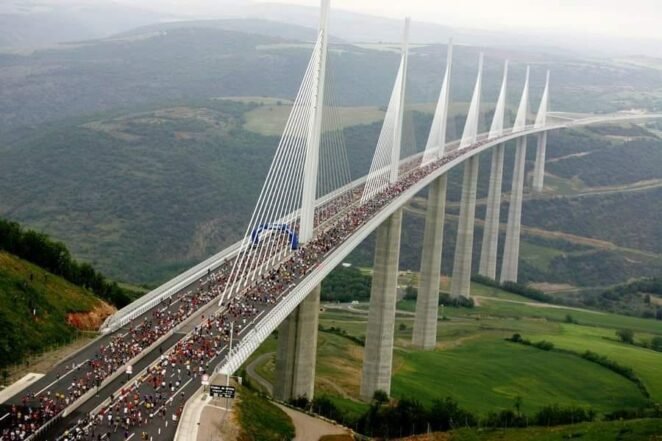 After opening on December 14, 2004, the Millau Viaduct became the tallest bridge in the world. In the search for an aesthetic construction of the bridge that would correspond to the set task, the architects came up with the adoption of a principle that has several supports and consists of a slender pillar-mast to which ropes that “carry” the entire structure are “attached”. Thus, the whole structure resembles the deck of a ship that touches the ground of the valley in only seven points.