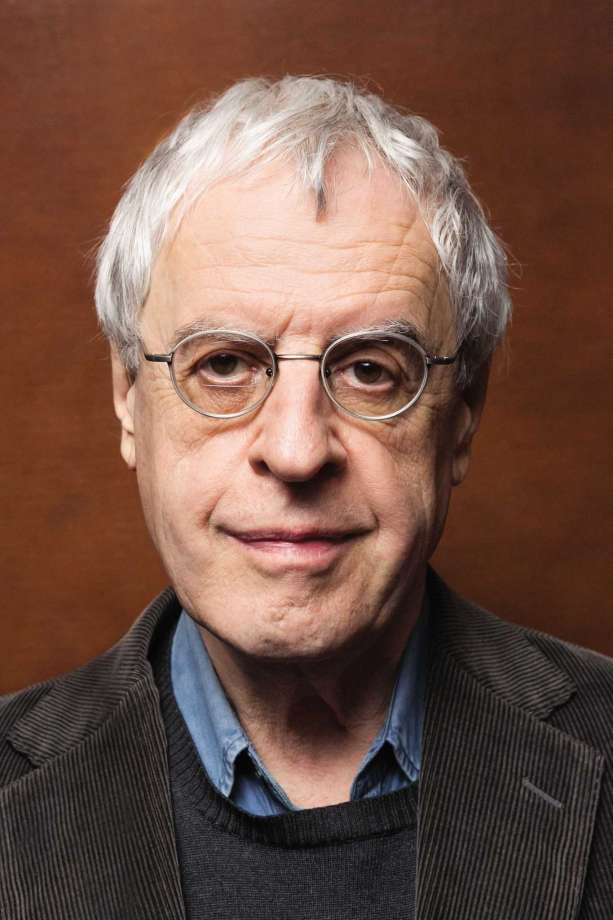 Charles Simic (born 1938) is an American poet who was born in Serbia shortly before the outbreak of World War II and witnessed the occupation of his country by German troops. He escaped with his family when he was eight years old and eventually settled in the United States. Many of his poems have dual settings in America and Eastern Europe and his 1988 poem “Two Dogs” is one of these.

An old dog afraid of his own shadow

In some Southern town.

The story told me by a woman going blind,

As shadows were creeping

Out of the New Hampshire woods,

A long street with just a worried dog

And a couple of dusty chickens,

And all that sun beating down

In that nameless Southern town.

It made me remember the Germans marching

The way everybody stood on the sidewalk

Watching them out of the corner of the eye,

The earth trembling, death going by . . .

A little white dog ran into the street

And got entangled with the soldiers’ feet.

A kick made him fly as if he had wings.

That’s what I keep seeing!

Night coming down. A dog with wings.

The poem comprises twenty lines split between two stanzas, the first of which is set in the United States and the second in an unnamed European country that is under German occupation in 1944. It is the contrasting stories of the two dogs, one in each stanza, that create the focus of the poem.

The poem opens with mention of “An old dog” who is “afraid of his own shadow / In some Southern town”. The reader is promised a story, as “told me by a woman going blind”, in New Hampshire, but there is only a brief description of “A long street with just a worried dog / And a couple of dusty chickens”, which hardly seems to count as a story.

However, it is the imagery that surrounds the mention of the dog that is important. Despite the stanza containing images relating to daylight and sunshine (“One fine summer evening” and “all that sun beating down”) there is also a sense of approaching menace, giving rise to fear.

The shadow that worries the dog is joined by “As shadows were creeping / Out of the New Hampshire woods”, with the suggestion of other nasty things that can creep out of forests, especially in the folklore of central Europe with which the poet would have grown up. The woman is going blind, which also suggests the approach of darkness. The dog is old, with the darkness of death not far away. Even the sun does not merely shine, it beats down as if to oppress the residents of the “nameless Southern town”.

The threatened menace is given reality in the second stanza, which presents a memory from the poet’s childhood of which the mention of the first dog was a reminder. This is an incident from 1944 when the poet would have been six years old. It is not surprising that the sight of occupying German troops would linger long in the memory, together with the sight of people “Watching them out of the corner of the eye” with no wish to draw attention to themselves. He is aware that this is a sinister event, as is evident from the line: “The earth trembling, death going by …”

However, the moment that clearly struck the young child’s mind most vividly was when a “little white dog” (presumably not his own) ran into the parade of soldiers and was kicked by a jackboot so hard that it “made him fly as if he had wings”. As the poet states, “That’s what I keep seeing!” This becomes the final image of the poem, which concludes: “Night coming down. A dog with wings”.

There is therefore something surreal about this poem, with the reality of a terrible event, namely the German occupation that stifles all opposition, being tellingly represented as “Night coming down”, but this is followed by the vision of a “little white dog” (thus symbolic of vulnerability and goodness) that is able to escape by growing wings and flying.

The reader might wonder about the eventual health of a small dog that has been sent flying by a jackboot, and whether it survived or was not badly injured when it landed, but that is not the point. The child’s eye only sees the dog flying and his imagination goes no further forward than that. The adult reader must therefore share this vision with the child and accept that the poem ends with flight, escape, and the hope of freedom.

Charles Simic uses some interesting devices to get the reader to enter the world of the frightened child. The first stanza, with its creeping menace, is slow-paced and subtle, with the images building gradually in such a way that only an adult would appreciate their significance. However, the second stanza is all about direct vision, directly expressed. The main action of the whole poem is conveyed in only its second rhyming couplet:

“A little white dog ran into the street

And got entangled with the soldiers’ feet”

This has the feel of a nursery rhyme about it, with its simple beat that also matches the rhythm of soldiers marching. As noted, there are only two rhyming couplets in the whole poem, with the first being the conclusion of the first stanza:

“And all that sun beating down

In that nameless Southern town”.

This earlier couplet, with its languid drawl, therefore not only forges a link with the second by virtue of being a couplet, but also points to the contrast between the two voices.

This highly effective poem works because of its contrasts and parallels. There is, for example, the sun “beating down” in the first stanza and night “coming down” in the second, this being followed by the contrasting upward movement of the flying dog. There is the lazy, motionless imagery of the first stanza with its action-less “story”, contrasting with the all-action second stanza, in which “creeping” becomes “marching”.

Then there are the two dogs, but there are also two speakers, and the reader feels bound to relate the dogs to the speakers. The adult speaker of the first stanza comes across as having the characteristics of the first dog; he is clearly older and slower than the child self he remembers from 1944, but is he also “afraid of his own shadow”?  Is this a reference to the shadow of his earlier life as presented in the second stanza? The second dog, small and vulnerable like the child, grow wings and flies, just like the child would do when his family fled from war-torn Europe to a new life in America.

The two dogs are symbols, because this is a poem about two people who also happen to be the same person.