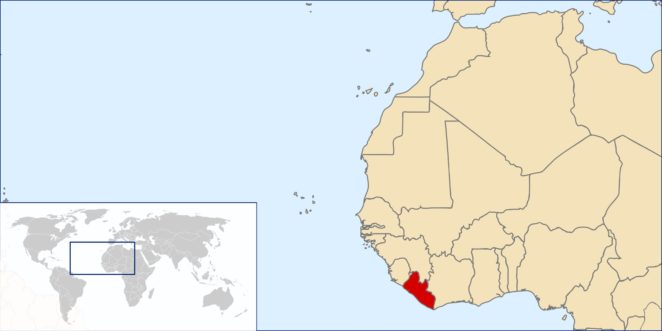 The idea of creating a new country in Africa, in which freed American slaves could live in peace and harmony, free from the hardships and indignities to which they had been subjected all their lives, might – at first thought – appear to be a noble cause that would attract nothing but praise from all liberal-minded persons.

However, the truth of the matter was somewhat different. The motivation behind the creation of Liberia had little to do with noble thoughts or humanitarian deeds. Indeed, the story of how Liberia came to be is a shameful one that comes high up the list of history’s tragedies of social engineering. 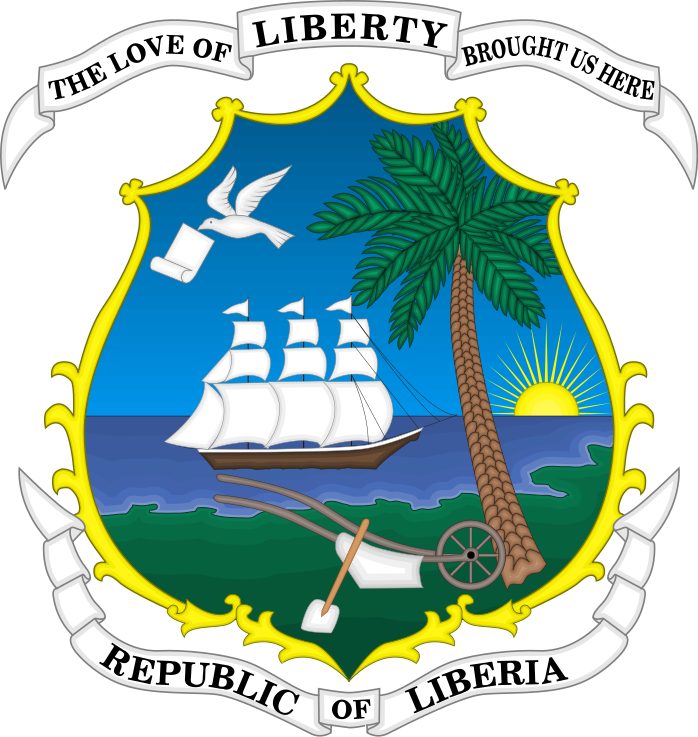 (Coat of Arms of Liberia)

Slavery was endemic in all the states of the American Union in its early years. However, there were many abolitionists who were active, especially in the northern states, during the first quarter of the 19th century. Even in the south, there were many emancipation societies agitating for an end to slavery.

One particularly active abolitionist was Benjamin Lundy, a Quaker from Ohio, who in 1825 took eleven ex-slaves to Haiti where they were resettled. His efforts did not always meet with approval, although he urged only a gradual winding down of the institution of slavery.

On the other hand, other abolitionists wanted to go further and faster, and they coupled this with a desire to remove all black people from the United States, based on nothing more or less than overt racial prejudice. The slaves had to be freed so that they could be removed from the country, leaving the United States as a “white” country.

The Motives of the American Colonization Society

In 1816 the American Colonization Society (ACS) was formed with a view to petitioning Congress to establish a colony in Africa to which the freed slaves could be sent. A prominent member of this Society was Francis Scott Key, who wrote “The Star-Spangled Banner”.

Congress liked the idea but did not offer any funds to make it happen. Enough private funding was raised by 1820 to send 88 former slaves to the British colony of Sierra Leone. However, no preparations were made to receive them and most of the emigrants died in what was, for them, a very hostile environment.

However, this did not stop the ACS from trying again, so other shiploads of emigrants were sent to the uncolonized stretch of coast next door to Sierra Leone, which was named Liberia. A settlement was established in 1822 which was named Monrovia in honor of President James Monroe. Despite fierce opposition from local tribes, many of the newcomers survived, and the ACS sent around 3,000 emigrants over a 30-year period.

In 1847 Liberia became an independent state, and in later years was notable for being the only part of Africa not to be colonized by a European power. However, the United States was not particularly proud of its offspring and only established diplomatic relations with the country in 1862.

Attitudes Towards Emigration to Liberia

The attitude of black people to emigration was mixed. Some clearly welcomed the opportunity to make a fresh start in the continent of their ancestors, and volunteered to go. However, a more common attitude was that this “repatriation” was unwelcome. As stated in a resolution passed at Philadelphia in 1833:

“This is our home, and this is our country. Beneath its sod lie the bones of our fathers; for it some of them fought, bled and died. Here we were born and here we will die”.

There is little doubt that many of the emigrants were pressured into going, with freedom from slavery being offered on condition that the ex-slaves joined the exodus to Liberia. The experience must have been similar to that of British convicts being transported to Australia or Russian dissidents being exiled to Siberia.

Looking Back at the Foundation of Liberia

The aims of the American Colonization Society could never have been realised. As was pointed out in 1827, for the entire black population of the United States to be removed, more than 50,000 people would have had to be shipped over a period of 30 years, at an annual cost of around a million dollars, a sum which the Society was never remotely close to raising.

The ACS continued to operate right up to the Civil War, with one of its later supporters being Abraham Lincoln. However, by that time it was virtually bankrupt, having never received the state funding that it sought.

The founding of Liberia was therefore made on the basis of a desire to rid the United States of an unwanted sector of its population, with little thought given to the welfare of the people involved. It is not something to be looked back on with any degree of national pride.