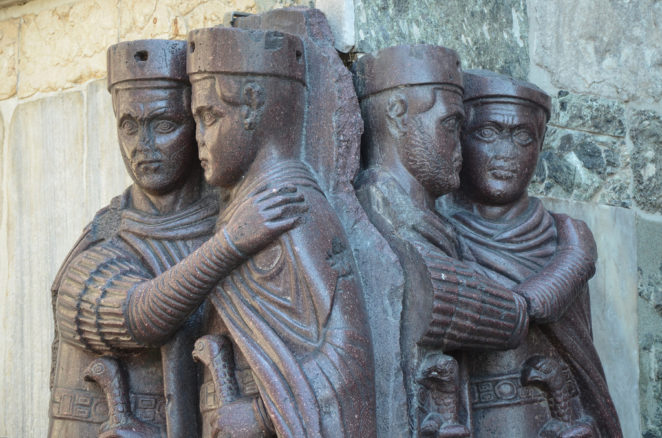 Emperor Diocletian decided to retire in April 305, assuming that the system for sharing imperial authority that he had set up would continue along the lines he had set up. However, things did not run as smoothly as he had hoped.

Diocletian had split the empire into twelve “dioceses”, with each of four “tetrarchs” running three of them apiece. He and Maximian were the two senior tetrarchs, with Constantius and Galerius being subservient to them. Diocletian’s plan was for Maximian and himself to retire at the same time, with Constantius and Galerius moving up to fill the senior positions (“Augusti”) and two new men being appointed to be junior emperors (“Caesares”).

The original thought had been that the sons of Constantius and Maximian, namely Constantine and Maxentius respectively, would be the new Caesars, but Diocletian changed his mind on this. He subsequently announced that the new junior emperors-in-waiting would be a general named Flavius Valerius Severus and Maximinus Daia, who was a nephew of Galerius.

The problem was that not all the new men who took office on1st May 305 were content with what Diocletian had decreed. In particular, Constantius was annoyed that his son Constantine had been excluded from the succession. 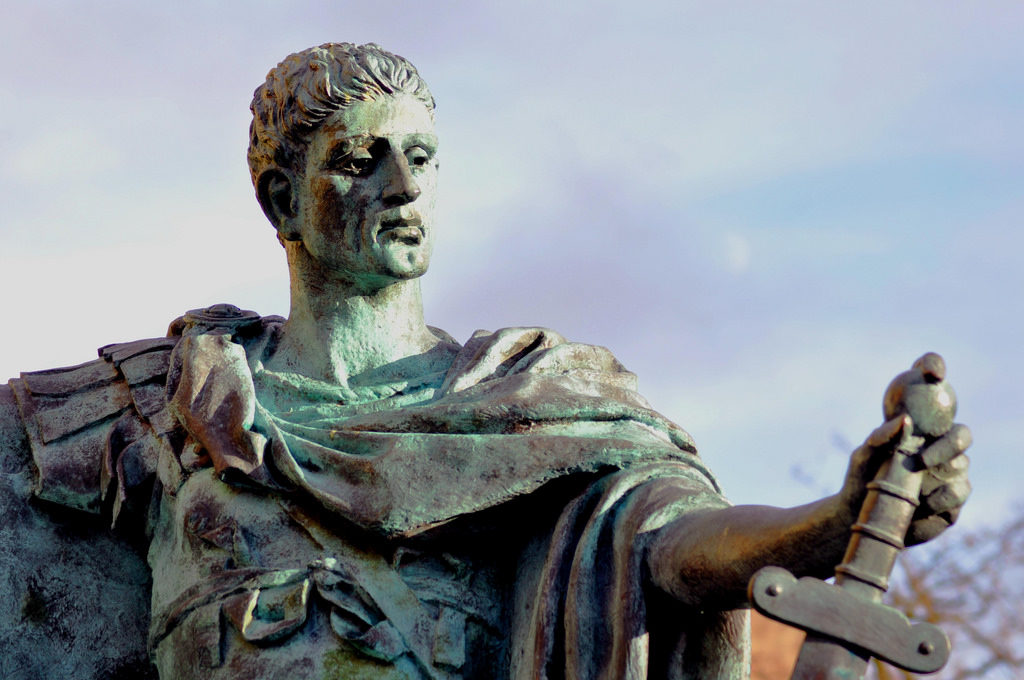 It was not long before this source of dissent turned from being a potential problem to an actual one. Constantius was responsible for Britain and it was while he was in Britain in July 306 that he died at Eboracum(York). The army, presumably following the expressed wish of Constantius, declared Constantine to be the new emperor.

Meanwhile Maxentius, who was the other man to lose out when Diocletian changed his mind about the succession, refused to let matters lie and claimed the position that Diocletian had assigned to Severus. His father Maximian gave him his support, which was essential in deciding the issue because the army, which had served under Maximian, refused to back Severus who was imprisoned and eventually killed.

In 307 Galerius invaded Italy, hoping to defeat Maxentius and restore the arrangement that Diocletian had decreed. Constantine refused to take sides and Rome, protected by the walls erected 30 years previously by Aurelian and Probus, proved to be capable of withstanding a siege. Galerius had no choice but to withdraw. 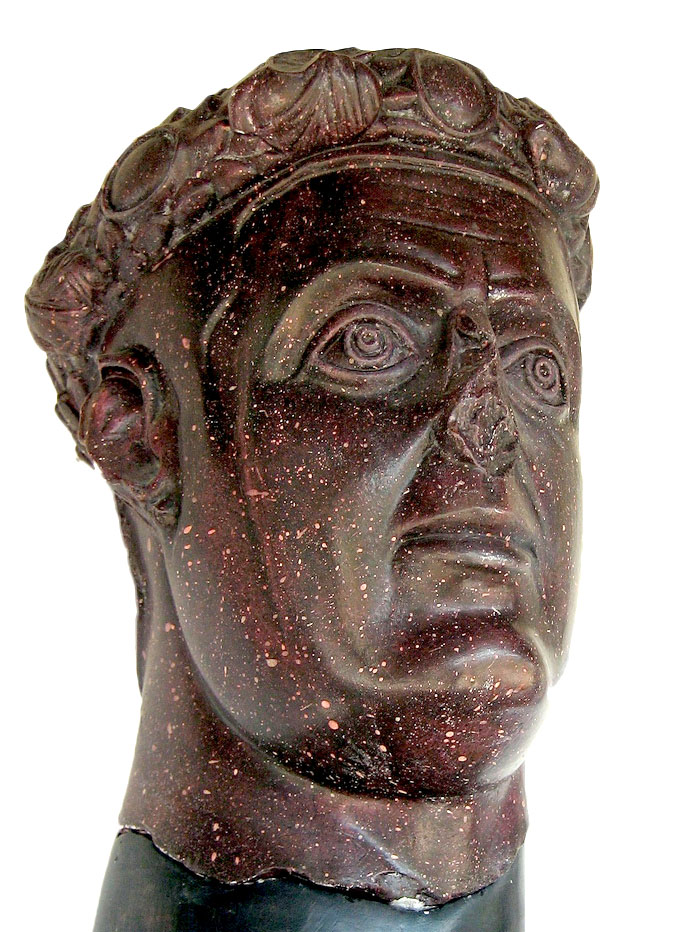 On the other hand, Galerius did have a powerful friend to call upon for help, namely Diocletian who was quietly growing cabbages on his estate at Split (in modern Croatia). A conference was called in 308 at Carnuntum (in modern Austria), under the chairmanship of Diocletian, at which it was agreed that Constantine could continue to rule the regions he already controlled (Gaul and Britannia) and Galerius would continue as the other senior emperor. A new junior emperor was appointed to replace Severus, this being a general named Licinius. A notable absentee from the conference – a deliberate exclusion from the guest list – was Maxentius, whose views were therefore not taken into consideration.

With civil war avoided, Diocletian went back to his vegetables and Galerius was happy to be recognized as the most powerful person in the empire. Unfortunately for him, he only lived to enjoy this status for another three years, dying of natural causes (a very nasty case of bowel cancer) in May 311.

The surviving emperors, who now all regarded themselves as Augusti rather than Caesares, then divided into two factions, Maximinus allying himself with Maxentius and Constantine with Licinius. One result of Diocletian’s reforms had been that the army, as well as the government, had split into what were virtually independent camps that were loyal to one or other of the tetrarchs. The result was that each of the four men controlled roughly equal forces, so any power struggle was likely to result in a highly destructive civil war. 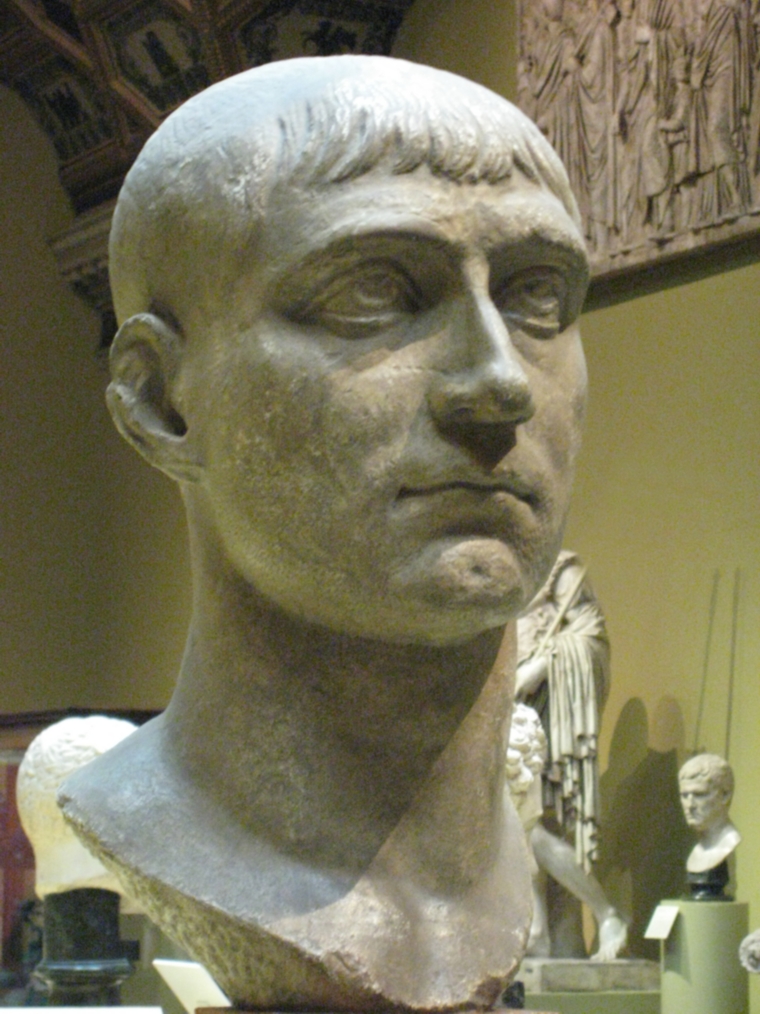 In the event, the struggle boiled down to a contest between Constantine and Maxentius. Constantine was a strange character who exhibited a range of personality traits, one of which was a deep belief in divine intervention. The question was, which god to trust? He had long been a devotee of Sol Invictus – also known as Elagabal, the Syrian sun god who had originally been introduced to Rome by Elagabalus and then re-introduced by Aurelian. Constantine now decided to place his trust in the Christian god – although he apparently seemed to think this was another version of Sol Invictus.

The story of Constantine’s “conversion” has become a legend, not least because of the profound implication it would have for the growth of Christianity as well as the later history of the Roman Empire. The truth of what happened is less easy to ascertain. However, the fact remains that Constantine was able to defeat Maxentius, and he ascribed his victory to what he termed the “Divine Mind”.

After the final battle with Maxentius at the Milvian Bridge on 28th October 313, at which Maxentius was killed, Constantine was clearly the dominant figure in Roman politics, and the Tetrarchy, such as it now was, was no longer a government by equal parties.