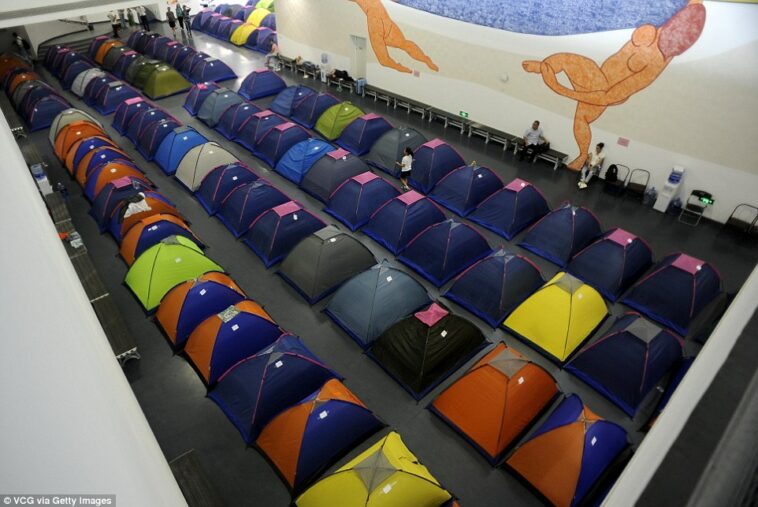 Most of you think differently with the phrase “Tents of Love”, it connotes loving someone in a tent. You are getting the wrong message. In China, most parents accompany their child to the university to enroll as freshmen students. Perhaps the reason why some Chinese parents do such an act because they need to support their child, it is plainly strange to other’s notions.

It is commonly seen that the campus of Tianjin University situated in northern China became the place for the temporary installation of tents for freshmen students’ parents. The reason, some of these parents traveled a long distance to be the cheerios of their child. The installation of the “love tents” is for free and waiting for Chinese freshmen students to settle in the university.

The picture-perfect for the families to stay within the campus to say farewell before parting ways. However, this kind of practice became popular and issues were raised that it seems the only child is being spoiled. The closeness of parents to their child can’t bear to be seen for a long time. The emotional attachment is too strong because parents are used to seeing their child from infant to young adults. It is the fact that Chinese couples should abide by the one-child policy.

Independence is the main concern for some. It should be encouraged to let the freshmen students stand by themselves as they enter the university. There are so many possible reasons why Chinese parents do such camping on the campus. But then, family ties are one of the biggest factors why they need to accompany their child in traveling and going to a university for the first time.

Parents around the globe will surely react with such practices. Moreover, we can’t question the culture. It is the part of their lives that need to carry out for the love of a child. It wasn’t a culture to let the child be spoiled. Thus, it is a part of showing their unconditional love and sacrifice time for their child.