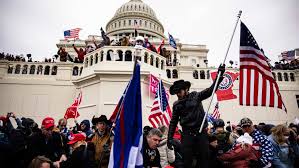 I have been involved in politics for the majority of my life.  Never wanting leadership positions, simply to be able to discuss matters ‘behind closed doors’  and draft laws so that changes take place.

I’ve known the leaders and the members personally.   My opinions are not framed by what I hear on the radio, read in the newspapers etc.

Much of what I know I have to keep confidential, and do.

The relationship between the Parties in my country may look antagonistic but in RL many get along, are close friends, and share info.

Some years ago I knew that a particular person was going to resign… it was basically walk out or be taken out in a coffin.

Veranda Sitters, my term for those who only know what they hear on the radio, read in the newspaper, but have bone deep certainties and shout as if they know what is happening, are very funny… for they speak of what they don’t know with this verve … then.. when reality proves them wrong, go into lockdown.

A couple who made idiots out of themselves here went up to the US and doubled their stupidity.   Two black people, from a nation labeled a sh8thole by their Massa, began to support and defend him.

They lost every single friend they had in Jamaica, most people blocking their accounts on FB and erasing them from their memory.

I hung on a bit, because I have a sense of the ridiculous.  I find it funny when people defend and support who they don’t know, what they don’t know, having no more information than what was on the radio.

They are rather silent now.

But that is temporary.  They’ll soon charge back, repeating the lies, the hoaxes, defending the crimes because they really don’t understand their use as cannon fodder.