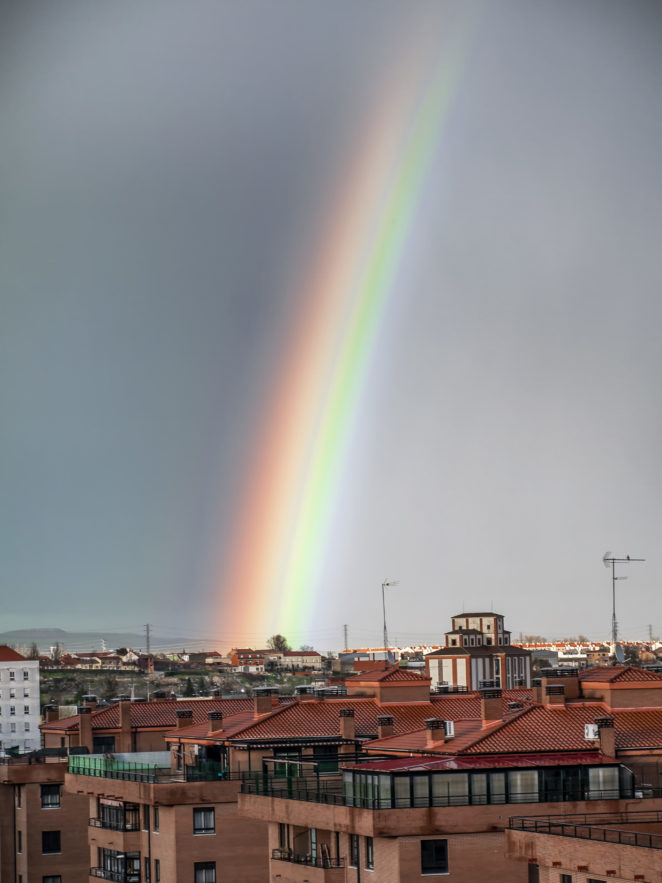 More than three centuries ago, Isaac Newton was able to demonstrate with the help of a prism that the white light of the Sun contains colors starting from red, in turn passing through orange, yellow, green, blue and indigo until reaching violet . This separation of light in the colors that make it is called the decomposition of white light.

The rainbow was for a long time a phenomenon as astonishing as it is overwhelming. Taken on occasion as a bearer of omens, in others as inspiration of legend, and always as a work of art, has never ceased to look wonderful to the human being.

A ray of sunlight forming a rainbow changes its direction three times as it moves through a drop of rain: First it enters the drop, which causes it to be slightly refracted. It then moves towards the opposite end of the drop, and reflects on the inner side of the drop. Finally, it refracts when it comes out of the raindrop in the form of scattered light. Color decomposition is possible because the refractive index of the water drop is slightly different for each wavelength, for each color of the rainbow.