If you wish to celebrate St Lucy’s Day you must do this on 13th December.

She was a Christian martyr of the 4th century who died during the persecutions of Emperor Diocletian. The circumstances of her death have grown somewhat in the telling.

Lucy lived in Syracuse on the Italian island of Sicily. She was a dedicated Christian who had no intention of marrying. However, she had a suitor who was angered by her refusal to accept him. He took his revenge by betraying Lucy to the governor of Syracuse, who was a pagan.

Lucy’s initial punishment was to be consigned to a brothel but, according to legend, she could not be moved from where she stood, even when a team of oxen came to drag her away. The governor then ordered that she be burned to death on the spot. However, this did not work because the wood that was piled around her would not burn. She was then killed by a sword thrust to the throat. 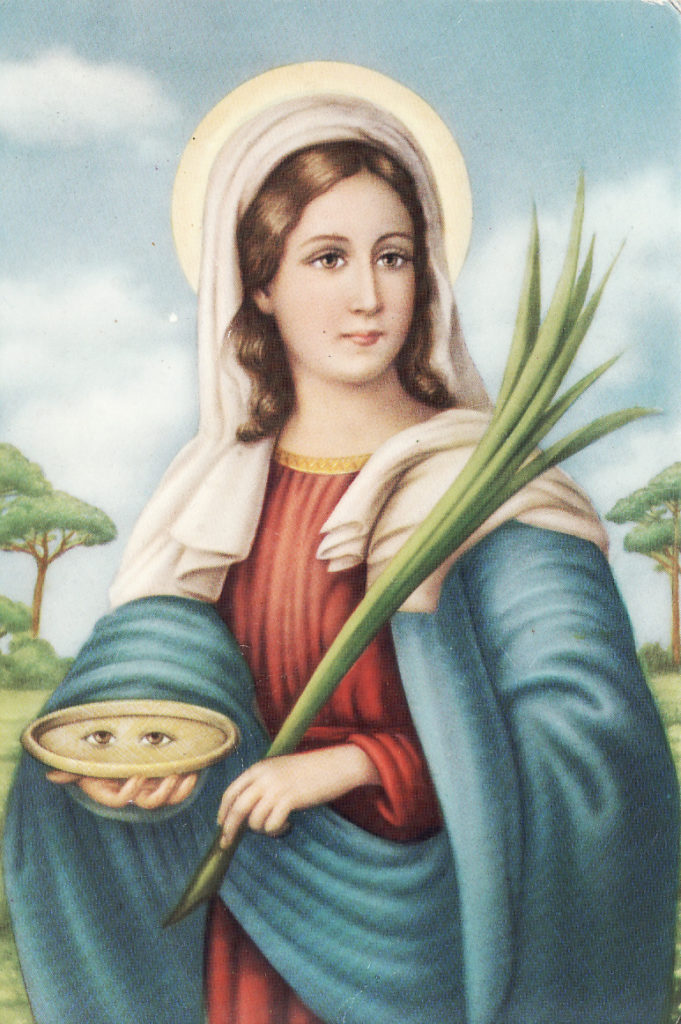 (St Lucy by an unknown artist)

Various stories grew up around Lucy in later years, one being that her eyes were gouged out but later miraculously restored. The reason for the eye-gouging varies between accounts, one being that she had done this herself prior to her martyrdom so that she would not be attractive to men, which sounds a bit extreme. Pictures of St Lucy often show her with two eyes on a plate – but also with two where they are supposed to be.

Whatever the truth of these stories, and there must always be a huge element of doubt in medieval “lives of the saints”, St Lucy came to be regarded as having special care for the blind, and also for people suffering from throat infections.